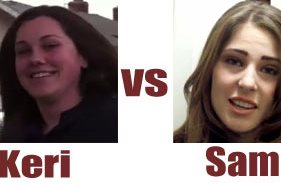 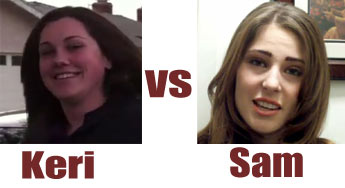 Geoff: She seems like she has a good sense of humor, but I can tell you twenty seconds into this that things are not going anywhere else. Zero physical attraction on Rick’s end.
A:Again with the bukkman?

G: And now after a classy day of blowing through shells, let’s go to… The Old Spaghetti Factory! Decent food but, um, not exactly swinging for the fence, Keri. A quick visit to Yelp would have yielded something just a bit classier or out of the box.
A: Please Geoff, give the girl some credit, she just took the man shooting. That’s as original as it gets.

G: What’s up with the lack of dialogue? This season of MoBach started so strongly but now it’s back to montageville.
A: For Keri’s sake, I hope there was more dialogue than what we see here

G: “If there was a second date.” Not happening. At all. Either way, following guns and shoddy pasta with karaoke isn’t exactly the gateway to romance, in my opinion. I do think that Rick genuinely enjoyed her company, though. There just wasn’t any sort of romantic connection.
A: Geoff, you’re a bumbling idiot when it comes to critiquing dates, didn’t you take aubrey to savers and a cheap persian dive? However, I agree, I don’t think there was much of a *ahem* connection (Rick didn’t try to jump her bones)

G: Here it is. Her submission video made me want to strangle her.
A: Oh gees, cranberries?

G: “I recognized you….from the video.” Hahaha
A: The arm and chest groping on Sam’s part was almost unnoticable, no?

G: Decent date idea, though, Sam (Can I call you Sam?). Men like options since they tend to like to be in charge. Either way, Rick is beguiled by the fact that she is easily the hottest Bachelorette to appear thus far.
A: The woman could have no personality and buck is gonna be all in, the man sees nothing but skin. And I disagree, I could care less about options, all I’m here for is the free meal (this quote is attributed to 75% of the dating women)

G: I love the awkward, hungry-early-into-a-date/my-blood-sugar-is-low conversation. Greatest. Conversation. Ever.
A: Medical conditions are best saved for date #2… fyi

G: Rick likes fun girls, and she’s fun. I also LOVE that she went to Scandia! If you haven’t been to Scandia, it’s, well, a very special place, mostly for people on fixed incomes or government assistance.
A: Who doesn’t love carnivals turned into parks?

G: This chick laughs at everything Rick does. No wonder he wants her. But in all honesty, she’s clearly fun and silly, and that works well for Rick.
A: I feel like she’s trying way way way too hard. Bucks funny, but seriously, she could pull it back just a skosh.

G: WTF at 3:42? Is he sniffing her? Hoping she’ll turn around for a kiss? Doing what he once did to a punk kid at Knott’s Scary Farm (ask me for the story).
A: If women don’t want to be smelled, they shouldn’t use scented shampoos, that’s what I say. – And let’s have the story Geoff?

G: It goes without saying, but I’ll say it anyway. She’s clearly fun, young, and hot. Do you really need a better explanation about why this date went well? “She was pretty and she was energetic.” The key to reading Rick is noticing what truthiness he proclaims (the girl is hot), or how he stumbles through euphemism after euphemism to describe his feelings for the girl (“great person,” “I admire her”).
A: gig is up Buck, you’re trained to the looks. I blame orange county, the spittoon of superficial refuse. “She is pretty and energetic” – puh lease. you are 100% spot on Geoff.

G: Bumping boats – metaphor of the year?
A: Giggity

G: Duh. This one is like night and day. Sam takes the crown in a crushing victory over Keri. Take note future contestants – If you are fun and fortunate enough to also be hot, you can go places with dear Sir Buck. Unless some dreamy little minx shows up over the next few days, Sam is taking this one to the bank.
A: Sam clearly wins, but Buck, the girl can’t be what, 18 as of a week ago? Guys are idiots like that, you’ll go for the hot young girl with the looks, then break up 2 months later cause you just can’t connect. You’re like 10 years her senior, ugh. Sam, well played, if there were a million dollars at the end of this show, you’d be well on your way to winning the game and taking the cash. 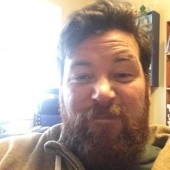 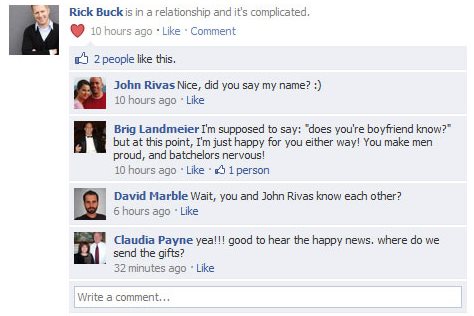 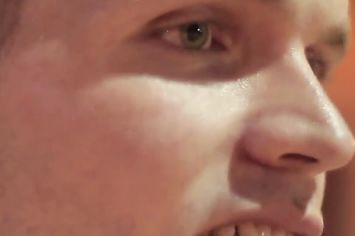 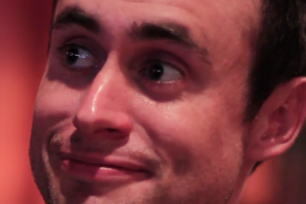