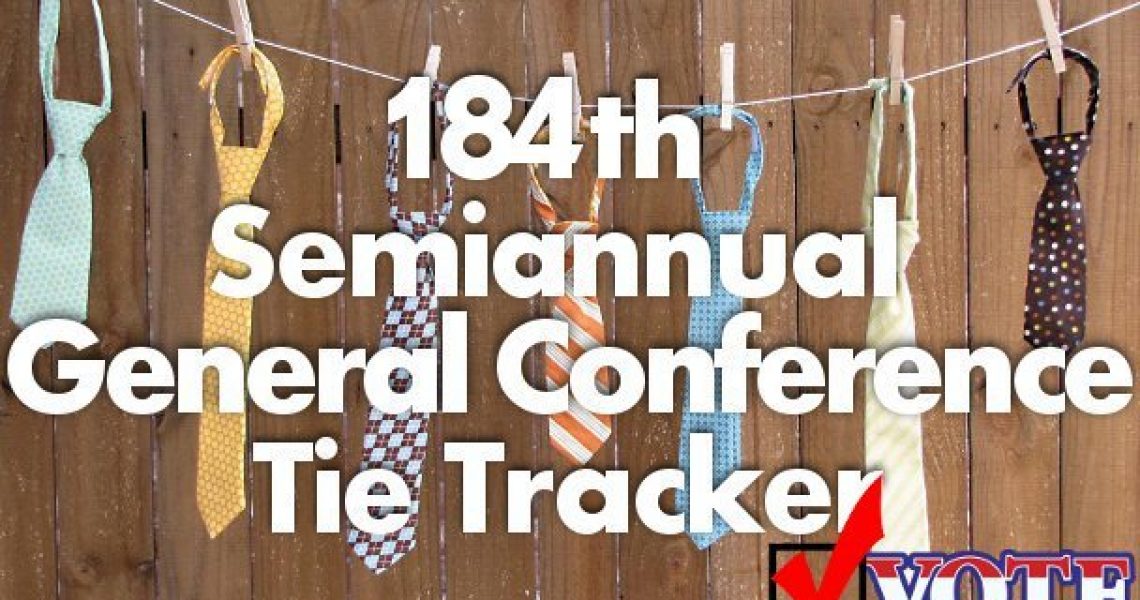 We convene once more to discuss the neckware trends on display during General Conference. Which colors and patterns will prevail? Find out! Vote for yours! 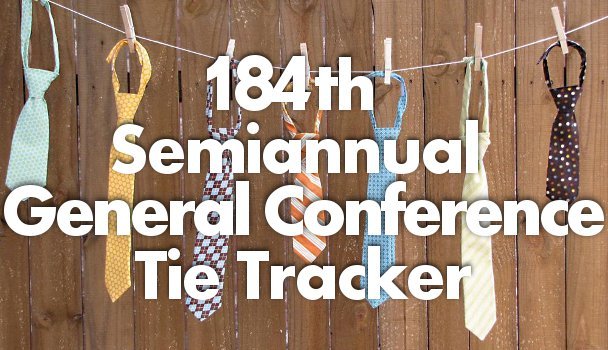 And here we assemble, in the valleys of the everlasting hills, to bring you the 184th Semiannual General Conference Tie Tracker! The last General Conference wasn’t full of many surprises, though the color purple did surprisingly well. Orange was nearly shut out.

So what will this General Conference bring? Will President Uchtdorf continue to change his tie for every session? Will others wisely follow suit?

You predicted the color breakdown as the following:

You predicted a huge showing from blue, which wasn’t the case. Black also had much stronger representation. But you were spot on with pink! Check it out!

You predicted dominance from stripes, as well as lots from solids and paisleys. (Really? You were just joking, right?)

Let’s check out the actual outcome:

As you can see, you were spot-on with stripes, but patterns were way bigger than you predicted, and dots were also huge! Check out the actual chart below and see a breakdown of each session. Until next year!

Well the final results are in! Red! Beautiful red. It had a strong session. There’s no denying it.

However, blue came back strong, but couldn’t hold off black. Black is whack.

Most surprising, however, was the sheer paucity of yellow. Orange rarely does well, but yellow often does better than a single appearance.

Rise of the Dots.

We’ve seen a surprising dominance of stripes this General Conference, but dots have come out swinging again, fighting til the end, much like I hope my Angels will do today vs the Royals.

Red is still doing very well, but blue is finally having its moment in the sun. Black also jumped a lot this morning, and we saw a little smidgen of green, courtesy of President Uchtdorf’s insane green-silver-bronze tie. Bold, sir. Bold.

OK, so the Priesthood Session had pretty normal fare. President Monson went from a checkered tie to a very interesting red patterned tie. Props to him for changing his neckware. Of course, Pres. Uchtdorf also obliged.

Orange finally got some love in the form of Elder Craig C. Christensen, or “CCC,” as his friends call him. We need more fall colors! They should rename this the Fall Conference of the Church and have pumpkin spice everything everywhere. Incidentally, pumpkin spice appears to have jumped the shark. It’s everywhere. It’s lost its magic.

Anyway, stripes are killing it. It’s not even funny. Usually patterns have a better showing, but so far, just a big stripe party.

Also, no skinny ties or bow ties. So sad.

Honestly, it doesn’t matter what we say right here in the wake of Elder Holland’s talk. We’re just glad we have ties to wear.

And it was a pretty run-of-the-mill session as far as neckties go. Nothing too extravagant. As we can see, stripes are killing it, as many of you predicted. Red is also way out ahead on the color front. We’ve also yet to see even a hint of green! Weird. Orange is also not represented.

The Priesthood Session used to be full of wacky ties because it was a closed session, but now with it being more mainstream, we’ll see what happens. We’re kidding. Mormons aren’t that funny.

Some fascinating choices this morning. Sure, we had some predictable reds and blues, but how about Elder Wong’s borderline Christmas tie? Or Elder Robbins black tie with flowers on it. Not paisley – just straight-up branches and flowers. Awesome.

President Uchtdorf’s bright pink tie was a bold move. We’ll see what happens in the next session! 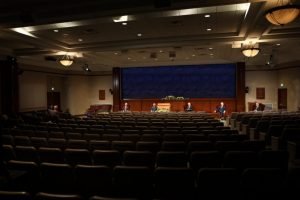 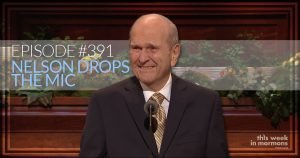 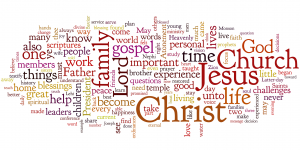