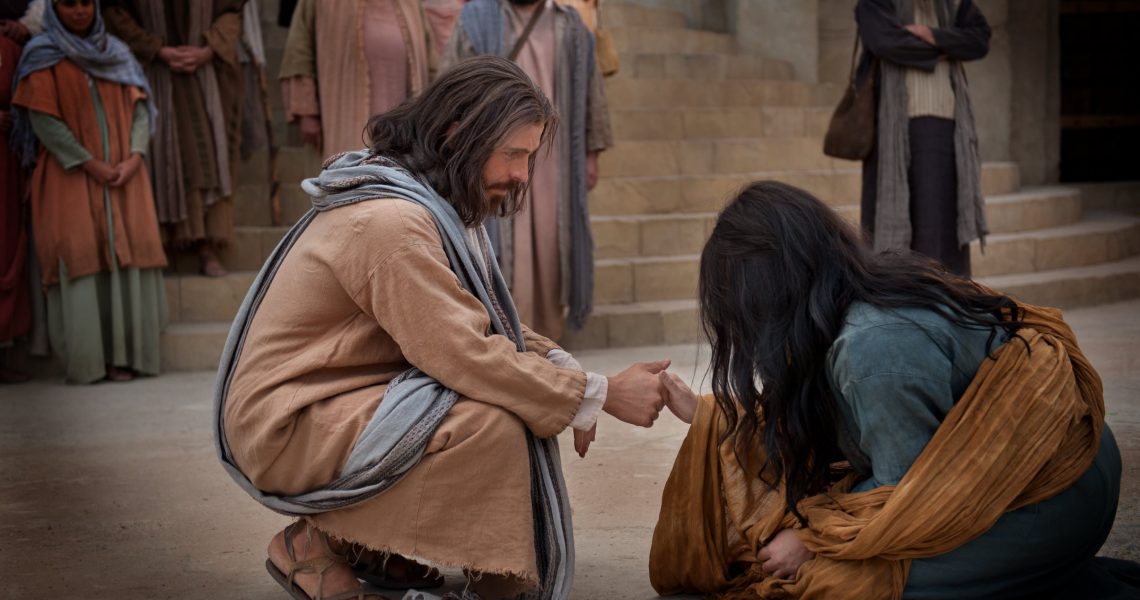 Mormon disciplinary councils have made headlines, notably with Kate Kelly and John Dehlin. But these councils aren't about sin. They are about change. 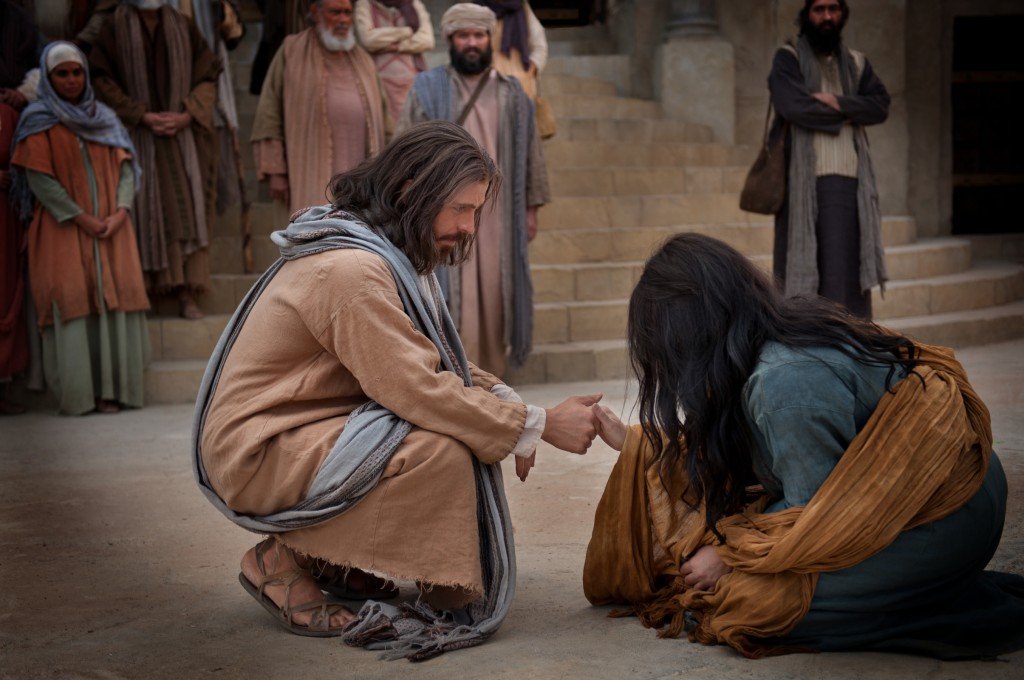 There has been a lot of talk recently about members of the Church of Jesus Christ of Latter-day Saint and their participation in Church disciplinary councils, notably prominent blogger and podcaster John Dehlin, who soon faces his own council in which his excommunication is expected, even by him, as well as Kate Kelly, founder of Ordain Women, who was excommunicated last June.

However, I do have some experience in these matters, and I want to share my perspective on church discipline. So many of us make assumptions not only about the individuals involved but of the church disciplinary process itself, stating that such councils are a way for a church to force conformity on members asking questions.

Over the past few years, I’ve served as an LDS bishop and I have been blessed (maybe cursed) with the opportunity to participate in several disciplinary councils, both on a large scale and on a small scale. I have been on the church leadership side of the desk. And while I don’t in any way speak for the Church or its general or local leaders, my experiences with disciplinary councils have taught me a few things. If you feel I am wrong, I am more than open to having my mind changed. Please comment and share your thoughts. I don’t write any of this from my own Rameumptom. I write this from my own personal experience with the matter, having witnessed the pain, struggle, and victory of others.

It’s not about keeping people out of heaven

No local bishop or stake president has the authority to grant or restrict forgiveness from Jesus Christ. They only have authority to forgive on behalf of the Church (examples here and here). The grace of Jesus Christ is available to all. It’s infinite and it’s right in front of you, so just take it. In fact, He’s begging you to take it. Elder Holland put it perfectly when he said, “It takes exactly as long to repent as it takes you to say, ‘I’ll change’—and mean it.” Christ’s grace is sufficient! His grace doesn’t require a bunch of inexperienced leaders to gather in a room and determine if you fit on the scale of atonement. It’s yours! Take it.[pullquote]Of all the disciplinary councils I have witnessed, the factor that influenced the final decision the most was not what the transgressor did, but rather, how much the transgressor wanted to change.[/pullquote]

To fully understand this, one must understand the guidance local leaders receive for disciplinary councils. It’s about saving souls, protecting the innocent, and keeping integrity.

Saving the soul of the transgressor

Church leaders are guided by the handbooks that their role is to “help [the transgressor] repent” and to “help transgressors recognize and forsake sin” (Italics added). In other words, Church leaders act as a guide and a mentor to make sure the individual can feel forgiven at the end of the process. The disciplinary process is the vehicle to help individuals find forgiveness. I have heard individuals share past church discipline experience and regret the bishop wasn’t harder on them because it didn’t push those individuals to change. (Of course, there’s a fine tightrope to walk between feeling a sense of emphatic stewardship from one’s bishop and also feeling plenty of love and understanding. We need both.) If the individual doesn’t experience a feeling of gratitude, hope, and forgiveness at the end of the process something went wrong–either with the individual or the church leader.

The bishop should never rush to a disciplinary council simply to punish the transgressor. I have seen instances where individuals committed serious sin and the bishop waited months, even years, before organizing a disciplinary council. It wasn’t because the bishop was torturing the individual with a long process, but rather waiting until the person fully understood the purpose of the council. His intent was to save the soul not punish the soul.

There may be instances where a presiding authority feels they need to move quickly to a disciplinary council because innocent bystanders are being harmed by the transgressor’s actions. If someone is being abused, action needs to happen. If someone is being deceived, action needs to happen. This is necessary in order to do what the previous point mentioned–saving the souls of not just the transgressor, but also the innocent.[pullquote]The proverbial witch hunt … makes a good headline but the idea is a bit embellished.[/pullquote]

Some may argue the Church is losing integrity by “cracking down” on people that disagree with the church. The proverbial witch hunt. That makes a good headline but the idea is a bit embellished. This is a perfect example of individuals and institutions misinterpreting the decision of the council as being about the sin and not about if the person wants to change. By not taking action against broken standards, the Church loses influence because it loses integrity. The Church’s influence is important because their message (the Gospel of Jesus Christ) is paramount. It’s ok if people don’t agree with these actions but the church isn’t trying to punish a minority, but rather, it is trying to maintain its saving message.

I realize there are Church leaders in the world that completely blunder a sensitive situation. I hope those leaders will also be patient with the individuals that sit in their office. Patience is an oft-overlooked virtue. Give the repentant every chance to change. Look for every loophole to keep them in the Church and worthy of entering the temple. Nothing will be as powerful to change an individual as participation in church ordinances. However, I realize it is the leader’s job to safeguard the integrity of the church, and taking action is sometimes unavoidable.

Finally, to those facing disciplinary action, give the Church another chance. Be patient with it as much as you publicly or privately ask for it to be patient with you. Remember that two-way street. Be open to the thought that you might be the one in need of help. It is through humility, not hubris, that Christ’s atonement goes to work. 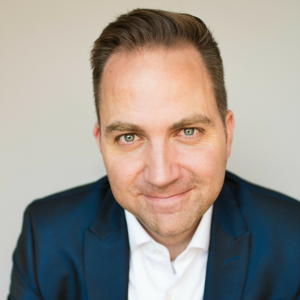 Kurt Francom is the founder and editor of Leading Saints, a blog and podcast about improving leadership capabilities within The Church of Jesus Christ of Latter-day Saints. He also serves as a guest host on the This Week in Mormons podcast, serves actively in his local congregation, and makes really, really cool caricatures at drawyoufunny.com/
All Posts 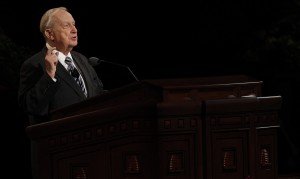 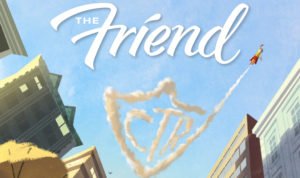 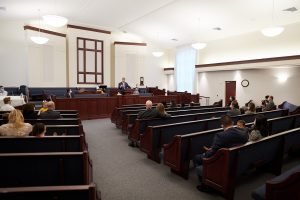 PrevPreviousJohn Dehlin on Trib Talk, Defends Self Against Self
NextNew Testament Lesson 4: “Prepare Ye the Way of the Lord” (John the Baptist)Next