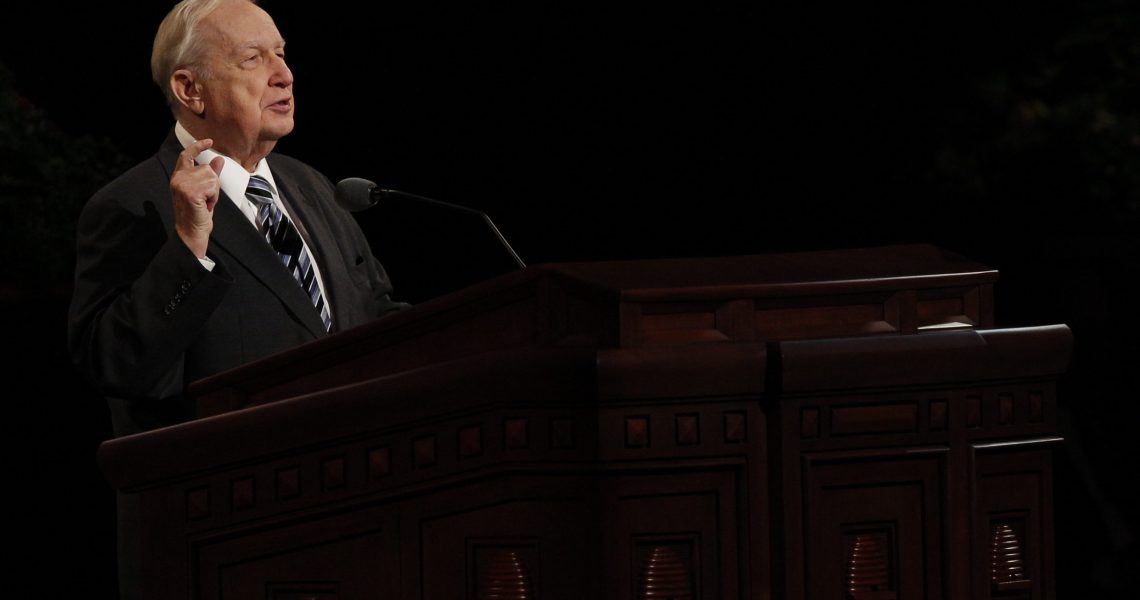 Another Mormon Apostle passes away with the death of Elder Richard G. Scott

The rule of threes is in effect, it seems. After losing Elder L. Tom Perry earlier this year, followed by President Boyd K. Packer shortly thereafter, Elder Richard G. Scott of the Quorum of the Twelve Apostles of The Church of Jesus Christ of Latter-day Saints has passed away from causes incident to age at age 86.

Elder Scott’s passing leaves an unprecedented (as far as we can tell) three vacancies to fill in the Quorum of the Twelve Apostles. A full quarter of the Quorum now sits empty. With General Conference less than two weeks away, it will be interesting to see if Elder Scott’s vacancy will be filled with such short notice.

“Elder Scott was able, very successfully, to keep his eye on eternity,” said Elder D. Todd Christofferson of the Quorum of the Twelve Apostles, who served as a young missionary under Elder Richard G. Scott. “His messages were filled with hope. And he was unapologetic about repentance and the Atonement because he knew that that’s where hope came from or what one could hope for as a consequence of true, full repentance and the effect of the Atonement, the grace of Jesus Christ, in one’s life.”

As with the apostles in New Testament times, Latter-day Saint apostles are called to be special witnesses of Jesus Christ. Elder Scott was one of 15 men who help oversee the growth and development of the global Church, which numbers more than 15 million members.

Elder Scott taught, “There are few things in life that bring as much joy as the joy that comes from assisting another improve his or her life.”

“I don’t go anywhere, especially in Latin America, where he served for so long and in so many places — I don’t go anywhere there that I don’t see his footprints, where I don’t meet somebody who hasn’t been influenced by him in some way,” Elder Christofferson said.

Richard Gordon Scott was born November 7, 1928, in Pocatello, Idaho, to Kenneth Leroy and Mary Whittle Scott. He served a full-time mission to Uruguay and presided over the Argentina North Mission in Córdoba, Argentina, from 1965 to 1969.

He graduated from George Washington University as a mechanical engineer and completed post-graduate work in nuclear engineering at Oak Ridge, Tennessee. From 1953 to 1965 Elder Scott served on the staff of Admiral Hyman Rickover, directing the development of nuclear fuel for a wide variety of naval and land-based power plants. He also worked as a private consultant for nuclear power companies.

Elder Scott was preceded in death by his wife, Jeanene, who passed away on May 15, 1995. He was well known to many members of the Church for the love he expressed for his wife. He is survived by seven children.

Read more about the life and ministry of Elder Richard G. Scott.

On a personal note, growing up, I was regularly bored by Elder Scott’s plaintive talks, but as I grew up and matured in the gospel, I found his remarks to be some of the most powerful of any apostle I can remember. I will greatly miss his counsel, wisdom, and warm presence. I actually got to meet him once a few years ago, which was a treat.

Now we can rest knowing that he served the Lord well, and has been reunited with his dear wife, being one of the few widower apostles not to pursue a second marriage with the passing of a spouse, and two children who had also passed away. 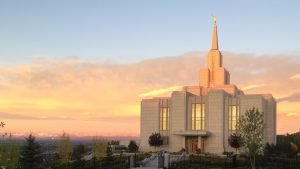 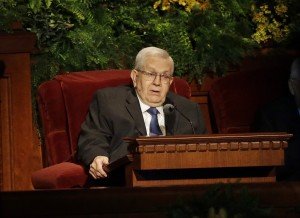 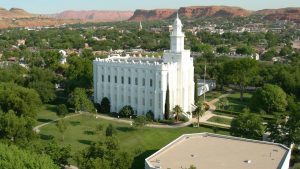