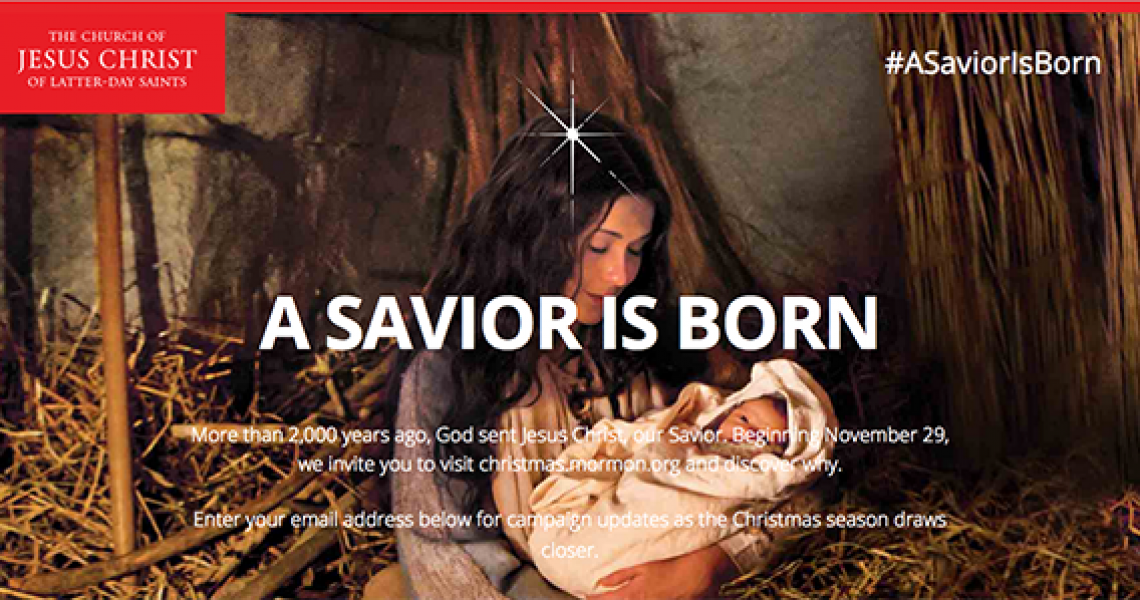 A look back at the Church's most recent Christmas campaign. 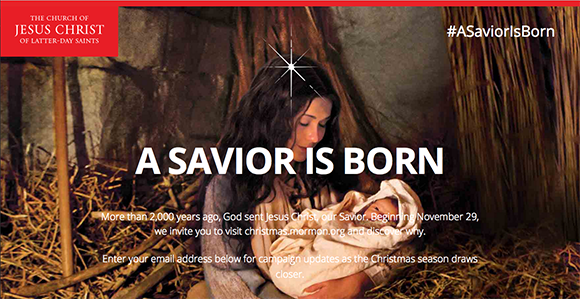 I’ve never been shy about how perplexing some of the Church’s (and the agencies it hires—ahem, BonCom) cringe-inducing mass-marketing campaigns have been, even with good intent. But BonCom’s 2015 Christmas campaign—“A Savior Is Born”—had to be one of the best mass media campaigns the Church has put out for Christmases, Easters and other events, thus far.

And it appears I’m not the only one who thought so. The good people of the world seemed to connect more with this iteration of BonCom’s LDS campaigns than others. The main video of the campaign, after all, was among the top viewed holiday videos of the season, as you’ve probably heard.

5 things I loved about the “A Savior is Born” campaign

1. The Starbucks Nod
The Times Square ad, though almost a tired trope at this point, looked like a Starbucks Red Cup Christmas campaign, which is to say: nicely designed. Starbucks is often known for its highbrow, minimalistic, clean-lined design. Bonus fun this year, however, because the minimalistic red cup design, spurring the holiday non-troversy that irked a lot of rage-filled militant Christians was so perfectly echoed in the church’s campaign on Times Square.

2. Legit Third Party Recognition
The Church’s campaign was able to compete with the retail commercialization of Christmas as mentioned above. To be clear, this isn’t an article in the Church News humble-bragging at how successful this campaign is. An internal report is always glowing. This was legitimate earned media that said, “Hey here’s a religious message that cut through the tinsel and greed and became one of the most viral holiday videos of 2015.” In the world of media, social and otherwise, that is a big, hairy deal!

3. Cause Marketing
The fact that one religious message (just one!) cut through the holiday commercial advertisers and the behemoths of media they are, and spread the real message of Christmas. Now, that in and of itself is as awe-inspiring as I’m sure it was difficult to pull off. Sure the Church has loads of cash to invest in these endeavors, but far less capital when compared to the likes of Coca-Cola, Wal-Mart and other marketing heavyweights. If what it takes to make a message on the true meaning of Christmas relevant in the world of adorable polar bears and non-sequitur, hilarious big-box retail ads, then perhaps we can look at that as money well spent. There’s a cause here, and it’s bigger than the Church’s good name.

4. If You Make it, They Will Watch
Sure there’s a natural boost that comes from the socially savvy world of Mormons online. From mommy bloggers to YouTube stars to reality TV to being straight-up asked by Church leaders at the apostolic level that we engage social media in creative ways, we can assume that anything pushed out on any of the Church’s myriad social channels will get gobbled up to a degree. But this appears to have stretched beyond the home crowd, to the mass market. Make no mistake, a bunch of credit to Lindsey Stirling, who was also recently announced as the highest earning female on YouTube. She alone claims a large slice of the referral traffic pie chart, no doubt. But a smart strategy is a smart strategy, and this one was smarter, cleaner, and more effective than campaigns of Christmas Past. Or Easter.

5. Adorable Kids from Around the World
Sure it was a bunch of kids in exotic locations reading a script. But man, they sold it. It was a simple video that didn’t involve 8 billion people trying to set a world record singing a Christmas Carol at LaVell Edwards Stadium while posing in a live nativity that magically turned into another nativity from a bird’s eye view. This year’s video had no gimmicks. It just featured pure voices sharing a pure message. And that’s why I think it resonated so strongly with a broad audience.

I’m already looking forward to what BonCom is cooking up for the Church for Easter. From the way things are stacking up with the Virtual Choir, I think it could be really exciting. I just hope it sticks with the authenticity that was such a winning element of “A Savior is Born” as well. 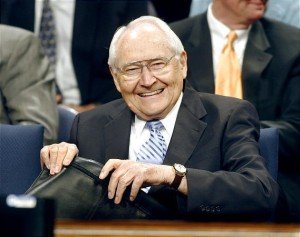 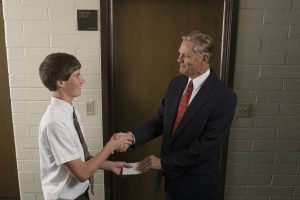 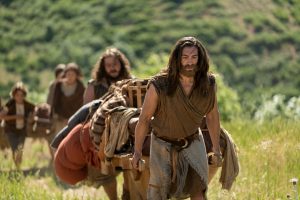 PrevPreviousUh Oh, There Might Be Coffee in Your Coke
NextEpisode #317 – Jericho Road Is Not HereNext