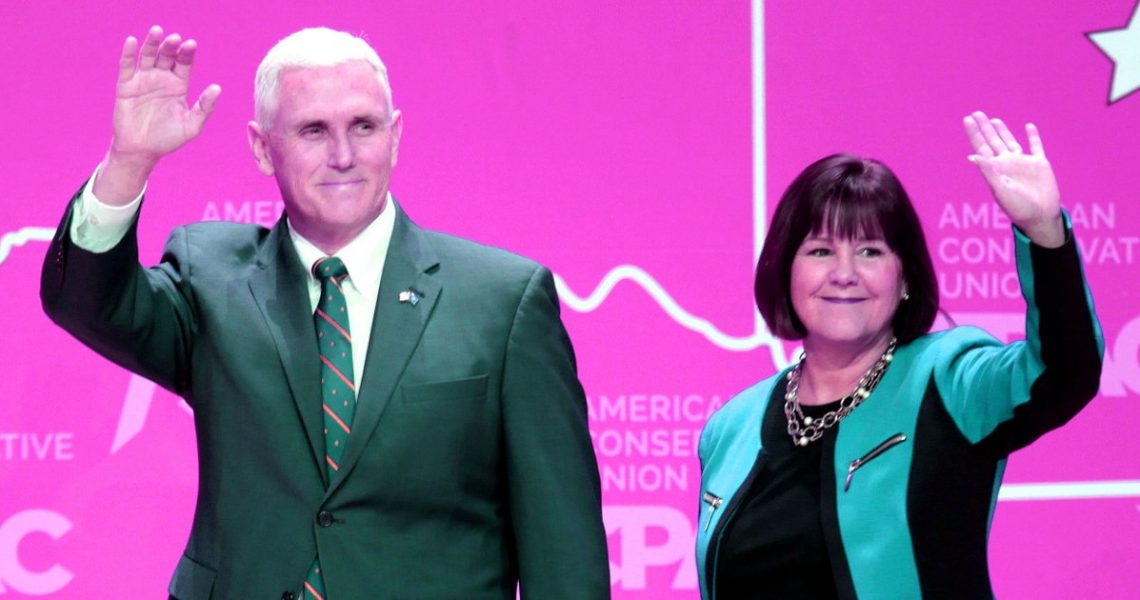 Mormon quests for righteousness have inevitably led to an imbalance in gender relations, from dress and grooming standards to office culture. 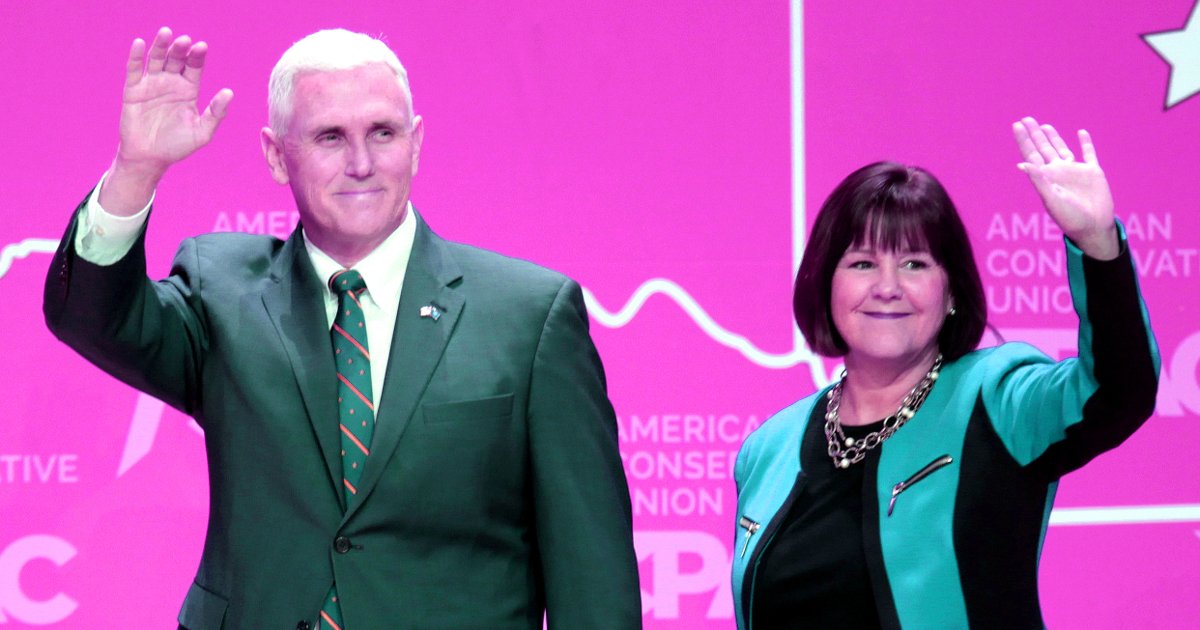 I’ve been thinking a lot about the Billy Graham rule. Two months ago the Washington Post profile on Karen Pence thrust this decades old rule and the current US vice president into the focus of the media for both criticism and praise. While describing the couple’s close relationship, from their exercise routines to traveling schedules, the article stated:

In 2002, Mike Pence told the Hill that he never eats alone with a woman other than his wife and that he won’t attend events featuring alcohol without her by his side, either.

The main focus of the attention was Pence’s personal rule not to eat alone with any woman besides his wife. While it came as a surprise to many readers that this guideline exists, it’s familiar to the Mormon community.

Billy Graham was an evangelist leader beginning his ministry in 1947. His dedicated practice of avoiding alone time with women besides his wife grew and spread across branches of Christianity. It’s seen as a way to avoid any situation that may be suspicious or compromising, and as a move to curb infidelity.

Lauren Collins for the New Yorker, spoke to Will, Graham’s forty-two year old grandson for perspective on the enduring rule. He said:

Think about 1948 – the times were different, but one of the things that my grandfather was dealing with was the image of an evangelist…. When my grandfather would check into a hotel, a man would go inside the room and look under the bed and in the closets. What they were afraid of was that someone had snuck in the room, like a naked lady with a photographer, and she’d jump into his arms and he’d take a picture, and they’d frame my granddaddy.

I’d like to think that our society has made progress since the 1950s. It’s unlikely Pence is concerned about a woman jumping on his lap (nude or clothed; he’s no Joe Biden, after all), but he actively avoids any situation that could be framed as improper. Politics is deeply focused on reputation and image. It’s possible he’d be under suspicion for eating alone with a young woman just as much as refusing. But this is an area where Latter-day Saints can improve.

From a 1995 talk by James E. Faust, we get the phrase “avoid the appearance of evil.” Interestingly, the context was as encouragement to take responsibility of our actions, but often it’s used as an excuse to accept our judgmental society. We look for outward signs that someone is not living up to our personal standards. We check for garments under a woman’s outfit (please stop looking for underwear lines) and we wonder about the married man meeting alone with another woman. Accepting these norms and adhering to Band-Aid solutions like the Billy Graham rule suggests we care more about what our neighbors and co-workers think of us.

Honestly I’m surprised Pence made it to the position of vice president while upholding this rule. It says a lot about the number of women in the political sphere. And this practice is not helping to improve that. From a 2016 campaign story, it was also revealed that Pence requires “any aid who had to work late to assist him be male.” So women can not only forget about mentorship over a meal, but also being hired on to support a successful politician.

One side to this story is that a married couple is privy to its own boundaries; that they should be free to do whatever works for their relationship. But I would ask, does a religious culture need to adopt this rule without exception?

I know what it feels like to be the “other” woman in this situation. Recently while working on a collaborative creative project with three men and one other woman besides myself, I had the uncomfortable experience of one of these men avoiding any alone time with me. He certainly wasn’t subtle about it. He kindly offered a couple of us a ride home and then drove twice as far to drop me off at home first to not be left alone with me. He cancelled meetings (even Skype meetings) if no one else was available to attend.

I wasn’t craving alone time with him, but I did want to be accepted for the value I brought. That never happened. It felt like he saw me as a vice to keep at arm’s length, not a colleague on a project.

There is no trust in this scenario. I don’t know what his marriage is like. I don’t doubt he was following a practice suggested as proper to Mormon men, but it came at the expense of disrespecting me as another human being.

In practice, the Billy Graham rule says males give in to temptation because they can’t control themselves. “Don’t be alone with a woman because it could look bad” accepts a judgmental society. “Don’t be alone with a woman because you may put your marriage at risk” removes the responsibility from the man and blames the woman. I don’t know where the idea came from that sex just suddenly happens – that a man and a woman can’t be in a room together or else they will suddenly start doing it. This is ridiculous. There are a million opportunities to stop.

In the Mormon world, we have a similar debate around modesty. “For the Strength of the Youth” under dress and appearance states:

Young women should avoid short shorts and short skirts, shirts that do not cover the stomach, and clothing that does not cover the shoulders or is low-cut in the front or back. Young men should also maintain modesty in their appearance.

By a simple list, the emphasis is on girls requiring more specification on dress standards than boys. For centuries our world has shaped the image of the woman as the sexual temptress capable of ruining a perfectly moral man. While it’s agreed that the intention of this passage is that both men and women be modest in attitude and dress, the cultural opinion that women need to cover up because men can’t control their thoughts still exists.

I know there are plenty of women who are grateful for the Billy Graham rule. Perhaps it eases jealous feelings knowing that their husband has boundaries set in place. Once again it’s trust that helps in this situation, not a blanket rule.

Some women also feel safer not being alone with another man. As a woman still recovering from PTSD because of the actions of one man, this is the argument that I can most relate to. I am much more afraid of men in general now than before, but I also know that’s unreasonable. It’s very difficult to make a genuine connection with a person if I’m running through escape scenarios in my head, which isn’t fair to that acquaintance. Once again, it’s a trust issue—one I’m hoping to overcome instead of suggesting that all men are potential perpetrators. Here’s why.

Kim Elsesser of UCLA interviewed 41 professionals for a 2006 paper:

So women are scared of men attacking them and men are scared of women accusing them. The Billy Graham rule only continues to foster this fear. While it has been used in the name of preserving a marriage and respecting a spouse, it really says, “I don’t trust myself around you, I don’t trust you, and I don’t trust other people who may see us together.” Perhaps it served its purpose for Billy Graham in the late 1940s and 50s as he protected his reputation, but it’s outdated today and encourages gender segregation.

In a conversation with The Atlantic, Elsesser explained that the way forward is not to “… order room service every night of your business trip. Instead, it’s to normalize men and women interacting professionally, in a non-sexual way… If you always saw men and women meeting together for dinner people wouldn’t see it as suspicious.”

So go for dinner! I highly recommend the chicken fricassee. And check the Billy Graham rule at the door. 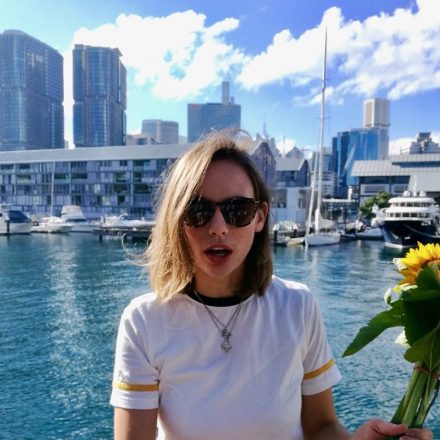 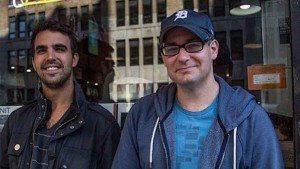 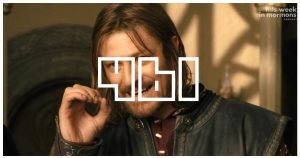 PrevPreviousEpisode #366 – Content Is Fine But The Website Sucks
NextProvo’s Missionary Training Center Expansion Is Nicer than Your House, and You Can Tour ItNext