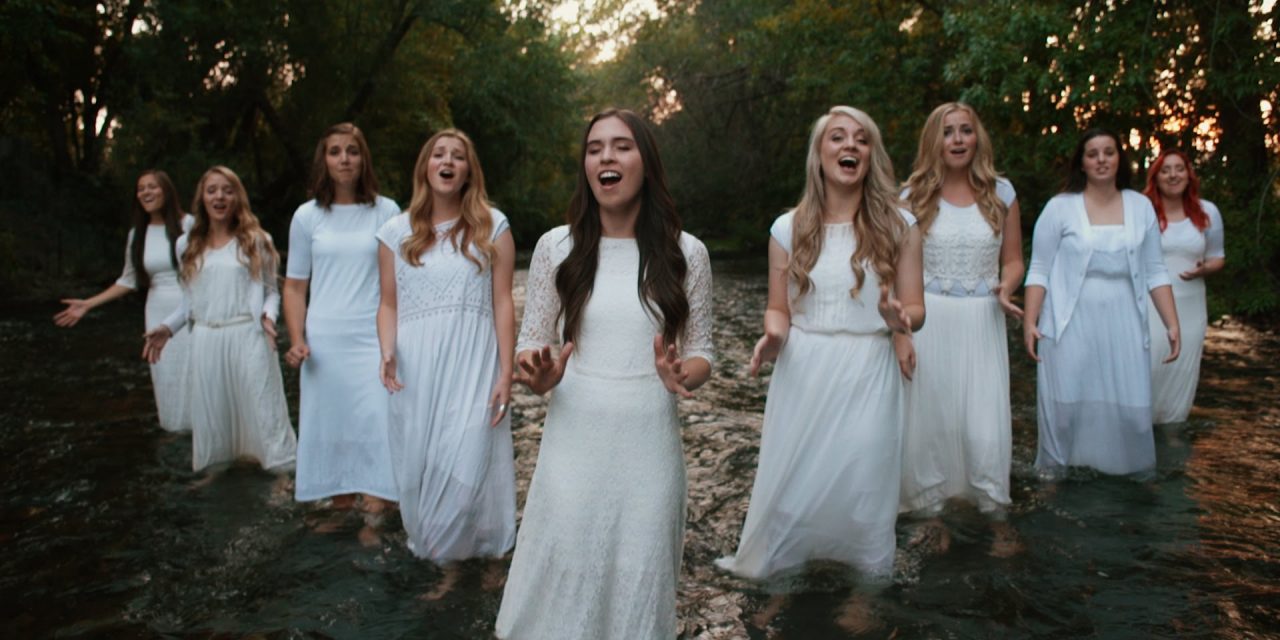 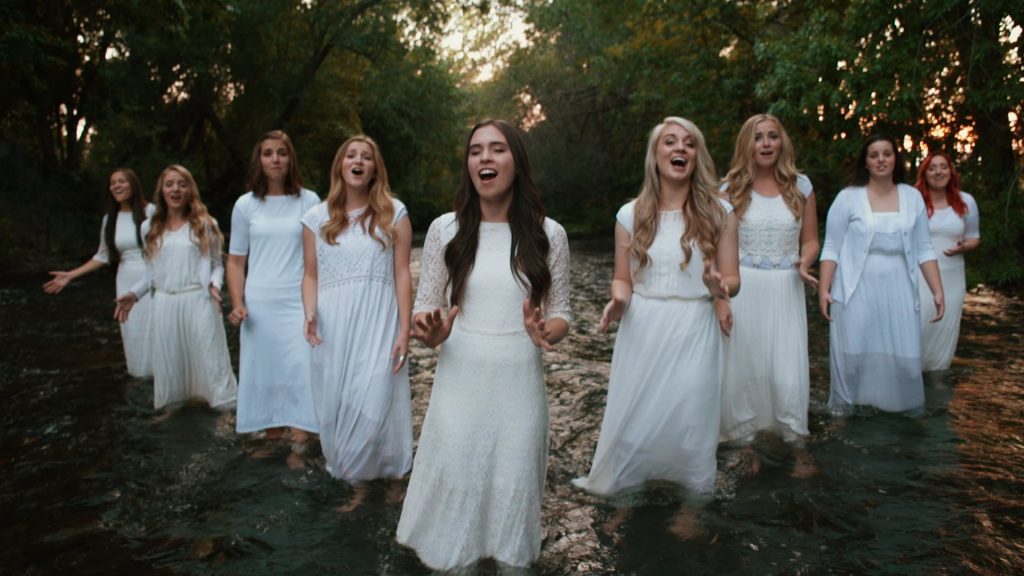 I know I’m behind the times with most things, but seeing Noteworthy, the all-female a cappella group at BYU, randomly come up on a YouTube autoplay list—you know, one of those endless auto lists that starts with something Disney, then somehow autoplays to the Piano Guys, Pentatonix, Lindsey Stirling, Mormon Messages, Meet the Mormons sequence, etc. (Don’t you judge me)—and my first thought was, woah, they sound pretty good. And then I looked at the views.

Seriously, with millions and millions (and MILLIONS!) of views on their impeccably polished YouTube videos—and a noticeable boost in quality from the days I was at BYU—my jaw dropped to the floor. It’s a far cry from a time not that long ago when you could hear the fledgling singing group practically beg for an audience with random performances at the flag pole and on the quad on BYU’s Provo campus.

Now that the Pitch Perfect movies blew the lid off the a cappella culture, especially for women’s groups, it seems this a cappella troupe at BYU is taking the digital world by storm. Seriously, if you thought Vocal Point was all the rage when it comes to BYU a cappella singing, as of this writing, Noteworthy’s ‘Amazing Grace’ video is soaring past 36 million views. It doesn’t seem to be slowing down and by all accounts the notoriety seems both hard-earned and well deserved.

As I said, I’m behind the times with most things, but you may be asking yourself, didn’t Noteworthy go on a reality competition show? Yes. Yes they did. Paving the way, in fact, for their male counterpart crooner colleagues, Vocal Point, Noteworthy showcased their chops on the vocal competition reality show, The Sing Off two years before Vocal Point memorably finished 5th.

Since then it seems they’ve been brewing a body of work and netting a loyal-and-growing audience of viewers on YouTube. Looking back on their video uploads is like a time capsule for viral video trends and styles through the mid 2000s until now, showing not only that they have the right stuff to make a good tune, but that they know what it takes to appeal to an audience.That and their mechanism for distribution is getting highly…well…mechanized.

With the ever-growing popularity of the music media major at BYU that pairs quality creative and marketing services within the music industry, these videos, yea, even these singing groups essentially become an entire enterprise. That means that the school is churning out brilliant young and digitally savvy media producers and marketers armed with an ear for catchy tunes, an eye for what works, and a quiver full of deep-skilled distribution and digital marketing know-how.

Singular Sensation, But Not Alone

The result is basically that BYU is creating an entire cohort of YouTube stars and viral aficionados. And Noteworthy, though not the only group, or even the only a cappella group out of Provo to master the viral digital airwaves, it seems to be one of the best.

This leads to wonder what this means for the broader church, and I think that can be distilled to three main points:

Pride in the success of our tribe. We like it when our own do well and get recognized for it. Mormons on American Idol (and every other reality show ever), politicians, authors, musicians, etc. Deseret News has an entire ongoing series on this, and LDS Living breathlessly covers every reality TV participant with even the faintest of LDS ties.

For the school, especially, and perhaps by extension for Mormon culture as well these videos, at least to certain populations, seem to say “Look we’re hip!” (If you think a capella music is hip)

Spreading the gospel, indirectly, via the positive energy of fun music, and using that notoriety to share gospel messages through that same medium. The Amazing Grace song as over 36 million views. Woah! There’s clearly a broad audience for sacred tunes that share the good news.

To that last point make no mistake. This is BYU, via Noteworthy, fulfilling a very core aspect of its academic and institutional mission, to share the spirit and truths of the gospel with the world through the talent and achievements of its students. It’s a noble ambition, and one that it seems Noteworthy is fulfilling within their own niche and according to their own finely tuned strengths.

One look at the comments and you’ll see that many of them read like this from Ken Bradley:

“Now I’m not religious but this right here makes me wanna go to church. Well done would love to hear y’all sing Hallelujah.”

Vocal Point has, in fact, had a longer arch of popularity throughout the years, including many albums at Deseret Book that date back to the mid or early 90s. And they’ve also embraced the new era of digital savvy, sharing music online and on social media (most likely by many of the same team that produces and distributes Noteworthy’s videos). But by contrast, their most popular video has just under 10 million views, completely dwarfed by the dominance of Noteworthy’s 36 million and counting. Now they might have more videos with more than a million views than their female “sister” group (?), but by at least one metric, Noteworthy is, well, as its name suggests.

The production quality as well in these videos as burnished by the hub of digital and producing activity BYU has become, can be seen here in their Geronimo video, it’s like mid-90s Vh1 all over again, with narrative-driven music videos that you don’t quite get, but you like anyway.

So to answer the question in the headline, when did this happen? Clearly the answer lies in the simmering build up over time and with considerable effort. But at this point, that seems to be the wrong question to ask. As the views stack up and the expectations soar, I wonder what lies on the horizon for the beat-boxing and pop-belting troupe of talented artists. Will the trend continue, or will their seizure of the zeitgeist flame out?

With a song as popular and ubiquitous as Amazing Grace, I imagine that video at least will continue its march to garner millions of views. And considering the mission of the arts at BYU in the context of the church and gospel, that seems both appropriate and enough. 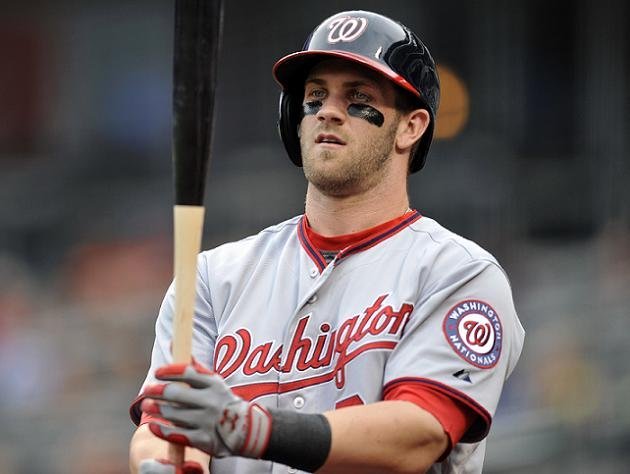 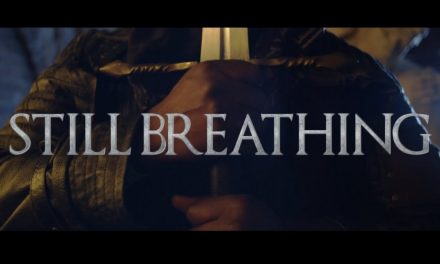 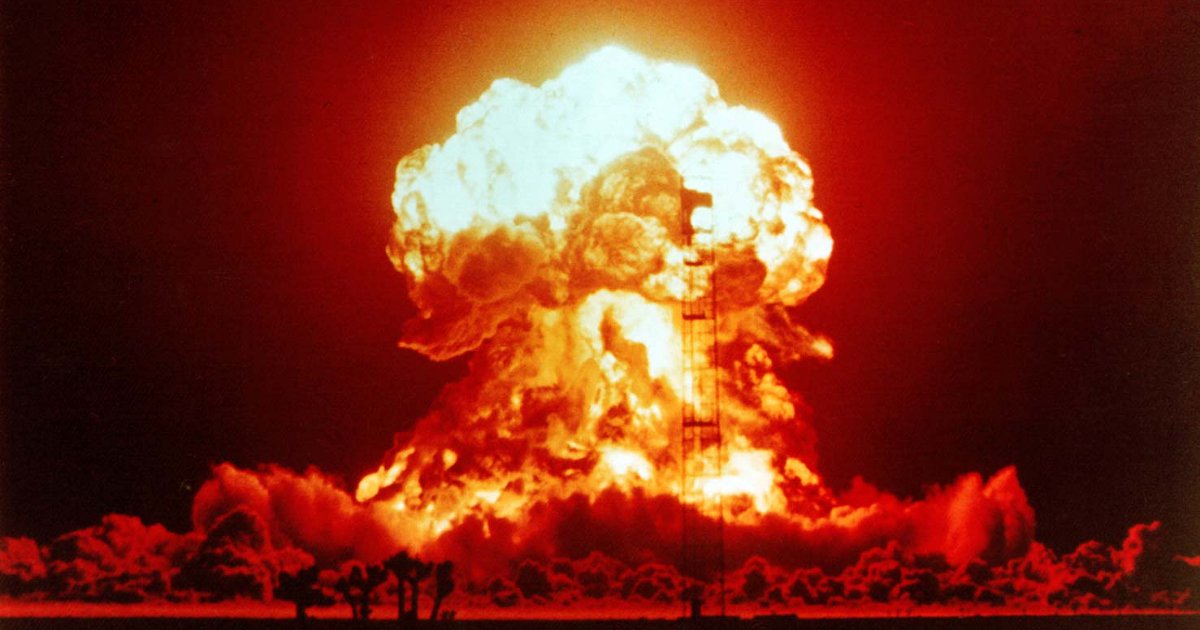 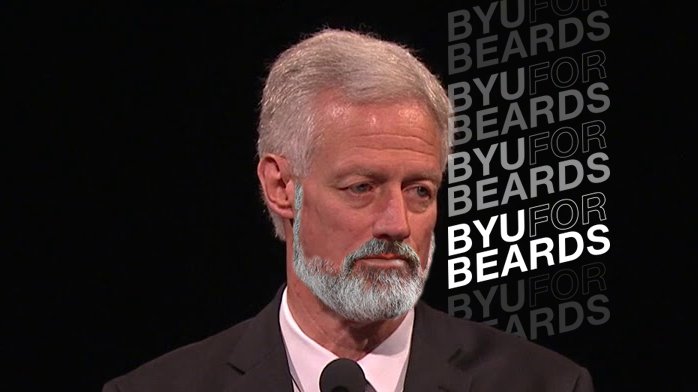