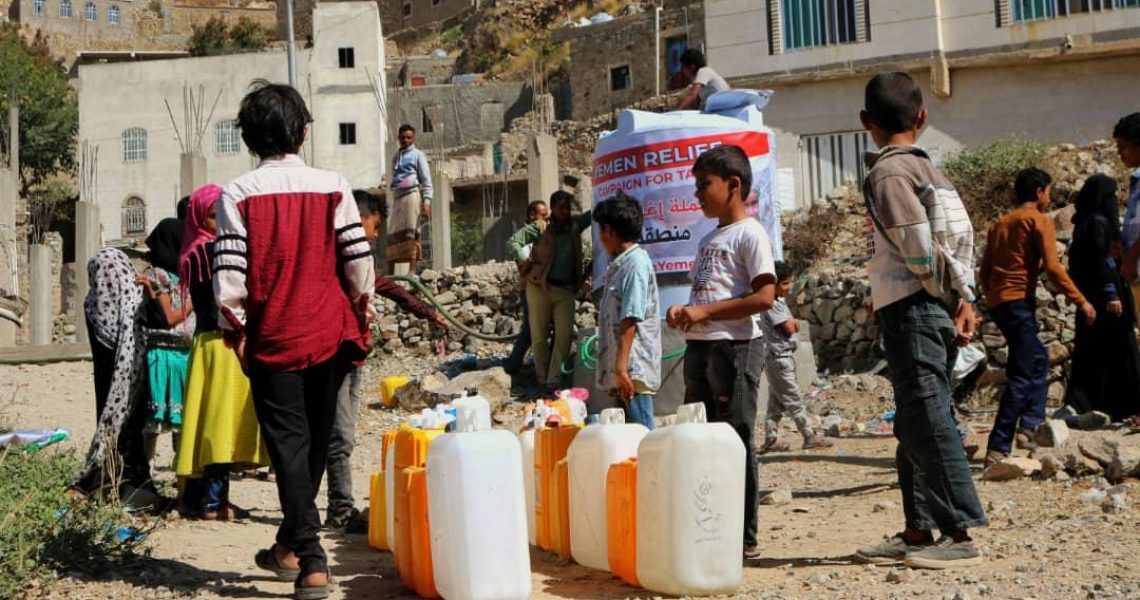 As a missionary, I taught that prophets spoke to us abotu Christ every six months. I'd love to get back to that. 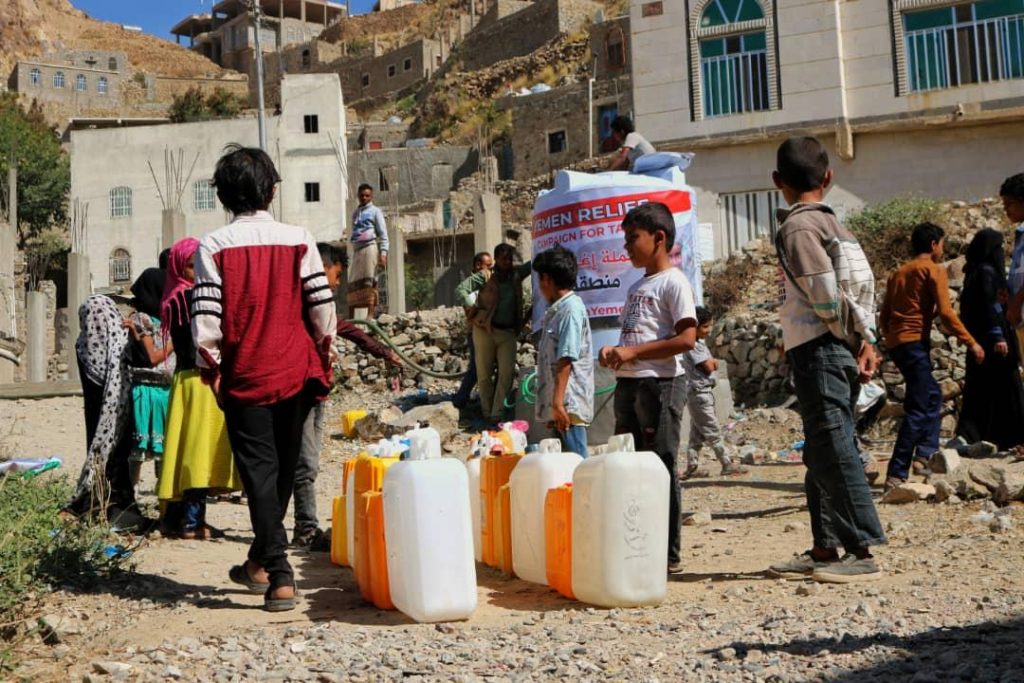 [dropcap]I[/dropcap]n the short time since Russel M. Nelson became the prophet, there have been many changes announced in General Conference to the way we do things. This has contributed to substantial buzz that each conference is now going to be—what is it the kids say?—Lit (#LightTheConferenceCenter?).

The consensus seems to be that last conference, with all its changes and announcements, is nothing compared to what we can expect for the next one. One headline even appeared last year on a popular article titled: “If You Thought Last General Conference Was Exhilarating, Buckle Up!” And so it goes. Ongoing escalation.

Basically, this “You Aint Seen Nothing Yet” rhetoric is simply that. For myself, there’s definitely a level of curiosity to see what things are said. I do look forward to what changes are coming that affect the church in practice and policy. And of course, it can be fun to revel in the rumor mill, especially when some have proven true. Two-hour church actually happened, y’all!

General Conference at Its Core

As a missionary I used to tell people that every six months the living prophet and apostles of Christ broadcast the messages God himself would have us hear. And by “us,” I didn’t mean just those baptized into the Church. I meant the messages of God in these latter-days for His children all over the world. That’s the promise of General Conference.

It’s with some trepidation, then, to admit that what’s touted as big-R Revelation of late feels more like internal, administrative affairs. Is combined quorums and church duration precedent for what will come? Is this what we are eating our vitamins for, 11-year-old deacons? Granted, some are big changes with broad impact, but it’s hardly controversial to state that they are firmly within the bounds of internal church operations.

Of course, outside of General Conference, there have been more program or administrative changes. We’ve seen updates like sister missionaries gaining more flexibility to wear pants, allowing missionaries to call home weekly if they desire, strange new missionary safety training videos, a decrease in the number of available styles for printed scriptures, big curriculum changes to seminary, temples now allowing mothers with dependent children to serve as temple workers, and major changes to the nature of temple ceremonies, to name, well, more than a few. But all of these have more focused audiences. Conference is where the “big,” Church-wide drops seem to happen.

A Time For Good Tidings

I guess I’m longing for something more broadly applicable. April conference typically carries with it Easter messages of the risen Christ as the great hope for the world. For Christians, it’s a time to reflect that great hope as we are led to comfort and succor all of God’s children. And this regardless of their faith, while still conscious of their circumstance.

Easter has historically been a time when Christian leaders of the world (ours among them) spoke to the promise of Christ. Especially as they’ve contextualized the Atonement amid the uncertainty of global conflict and the pain of human suffering writ large. Said Pope Francis last April:

“Today we implore fruits of peace upon the entire world, beginning with the beloved and long-suffering land of Syria, whose people are worn down by an apparently endless war. This Easter, may the light of the risen Christ illumine the consciences of all political and military leaders, so that a swift end may be brought to the carnage in course, that humanitarian law may be respected and that provisions be made to facilitate access to the aid so urgently needed by our brothers and sisters, while also ensuring fitting conditions for the return of the displaced.”

Now here we are a year later and this time Yemen has been in the spotlight as the scene conflict. And the overwhelming burden of need has been exceptionally inflicted on those of whom Jesus said to suffer: the children.

Will This Year Be Different?

Indeed, one of the most devastating humanitarian crises in modern times has gripped the land where it’s believed Nephi built his ship. And I wonder if we’ll hear God’s intended message on how to help our neighbors (as defined in the parable of the Good Samaritan) there. I wonder if any speakers will address us the same way we were so powerfully taught by Patrick Kearon at the conference during the apex of the refugee crisis.

We have a more mentally present prophet in Russell M. Nelson, who has been hastily going about with prophecies and impressions regarding the Lord’s will. I hope we hear how collectively to mourn with those who mourn, comfort those who stand in need of comfort. I hope for specificity on the world as it is, the troubling situations many face, how to serve, love, and uplift. This is especially true for those caught in the cross-hairs of conflict that burden our hearts and weary our minds.

Since last April, President Nelson has largely refrained from addressing any of the global issues facing God’s children. We have only heard him refer to Syria—not directly or by name—when the conflict there interrupted travel plans for the Global Ministering Tour and cut short his visit to the Holy Land. He said it was a “time of a little heightened tension” after noting “whether you live here or anywhere else in the world, there are going to be challenges.”

The Relief Society’s one-million-dollar donation to Yemen through the United Nations this past year got some coverage in a blog post on LDS.org. Perhaps this is a good omen to continue the conversation over the black walnut pulpit of the Conference Center in Salt Lake. From that blog post:

You may not hear much about Yemen in the news these days, but more than 18 million people in the country do not have enough food, and it has one of the highest rates of child malnutrition in the world. We anticipate that this donation will serve 97,000 people, not one of them a member of our Church. The General Relief Society Presidency is still very active in supervising relief for those suffering around the world.

I hope for General Conference sermons like the one from Brigham Young. When he urged the saints to go and “bring them in from the plains,” he put in perspective the purpose of our holy gatherings. He called on the general congregation to act, to sacrifice, and to join together in causes greater than themselves.

The Need For A Clarion Call

A “bring them in” call amid global crises is more logistically complex, but the charge doesn’t have to be. We can be creative and resourceful in our organized relief efforts, it’s what we’re known for, after all. We can be sincere and powerful in our ability to fast and pray to change hearts and minds. What we need is a clarion call of a living prophet to speak to our modern context. Consider the words of Brigham Young in that famous General Conference moment:

“I will tell you all that your faith, religion, and profession of religion, will never save one soul of you in the Celestial Kingdom of our God, unless you carry out just such principles as I am now teaching you. Go and bring in those people now on the plains. And attend strictly to those things which we call temporal, or temporal duties. Otherwise, your faith will be in vain. The preaching you have heard will be in vain to you, and you will sink to Hell, unless you attend to the things we tell you.”

I hope we hear about the urgency and importance to go beyond our quorums and into the world. With all these changes in the church, may we also hear messages that remind us the Lord’s priority is still with ‘the least of these.’ 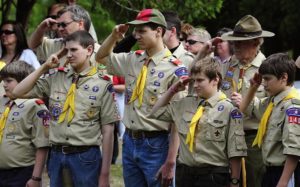 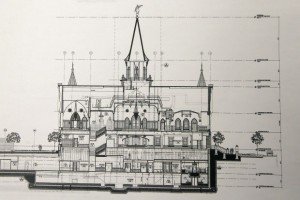 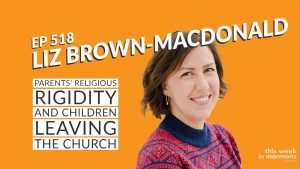