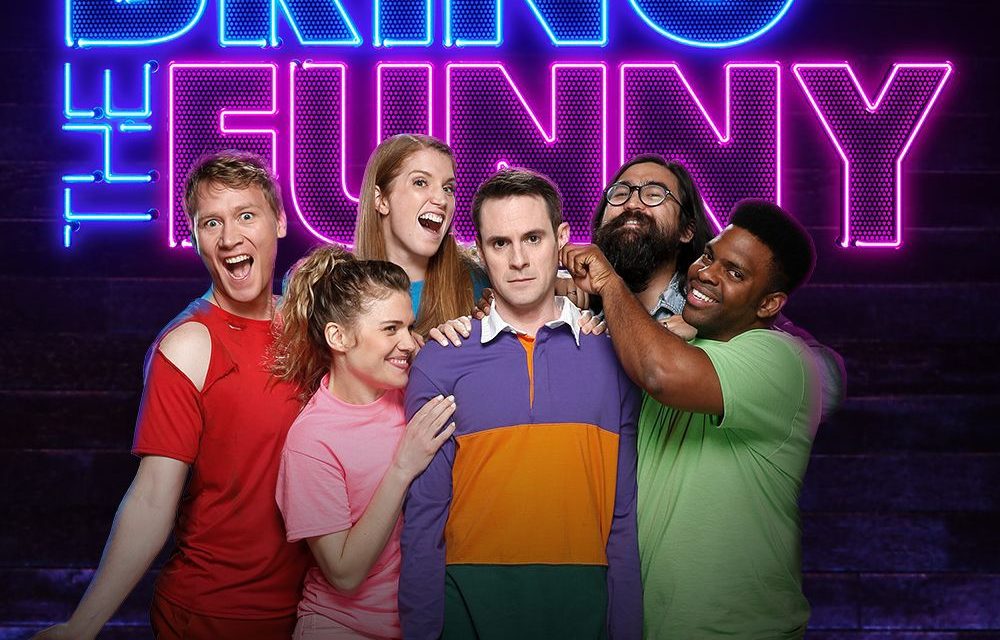 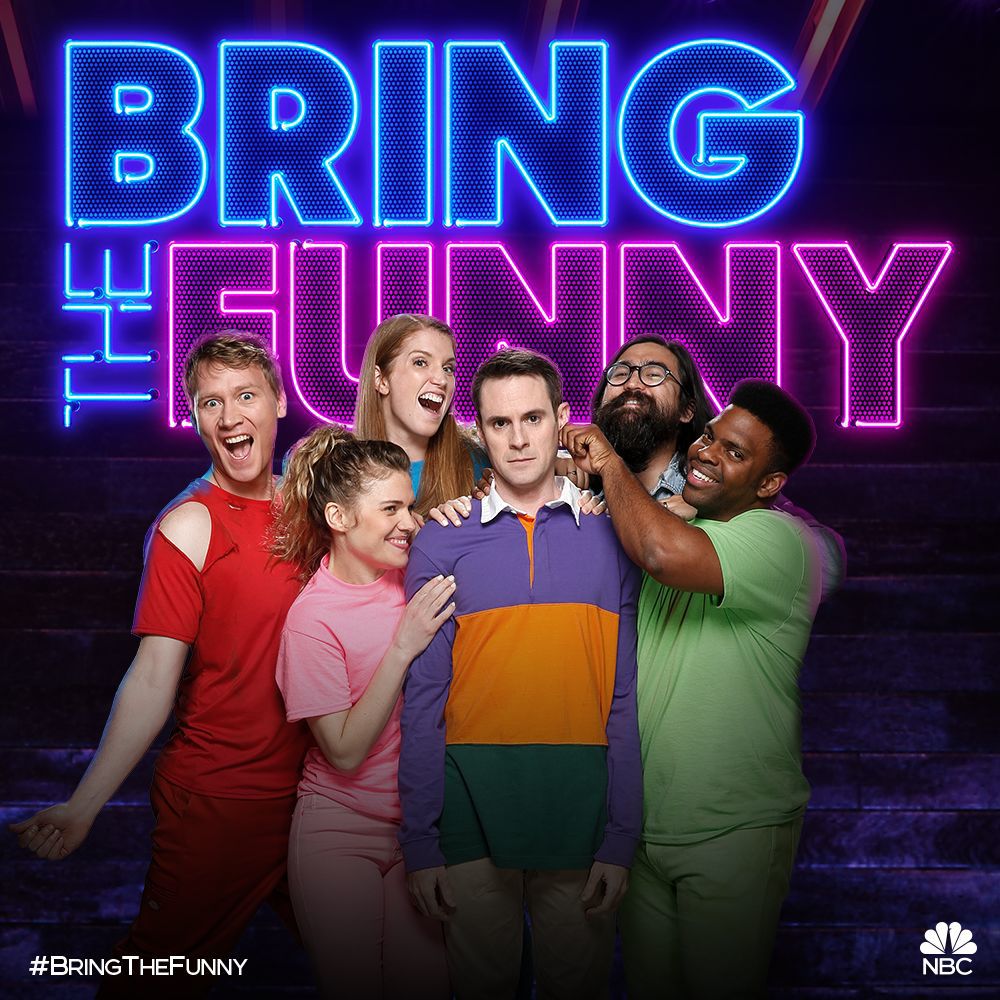 To bring the funny, or not to bring, that is the question. This last Tuesday, comedy troupe JK Studios had an opportunity answer that question on NBC’s new show, Bring the Funny. Bring The Funny features a variety of comedy acts competing for a chance to win $250,000. The show, which has a 10 episode order, is hosted by Amanda Seales. Like all good TV talent shows, the competitors are critiqued by a panel of judges. Up first, from SNL Fame, and trying to shake off the Good Burger  nightmares, is Kenan Thompson (who viewers might remember performed alongside Studio C last year). Up next is Sports Illustrated model, and former co-host of Lip-Sync Battle, Chrissy Teigen. Last but not least is the redneck jokester himself, Jeff Foxworthy.

Unfortunately due to the nature of the game, the crew could only bring 6 of the 10 cast members for the competition. Matt, Mallory, Jason, Jeremy, Stacey and Natalie performed the “Happy Fun Friends” sketch. A nearly identical skit of the same name was recently released on to JK Studios YouTube page. When one of the Happy Fun Friend, “Red” goes missing, it’s up to sound guy Jeremy to fill in. Unfortunately Jeremy has some pretty crazy ideas about the world. Or are they crazy? I mean who can really confirm or deny that their aren’t portals in Walmart. Or whether Labron’s hair is a hologram?

From what I saw of their competitors, JK Studios was by far the funniest, but hey, I might be a bit biased. Listed up guys, if you ever need an extra for a video, let me know.

In his comments, Jeff Foxworthy praised the group, saying:

“I don’t think I’ve ever seen a sketch group take on a kids show, which is awesome.”

Thompson remarked that the groups stage presence was awesome. Teigan lamented the fact that she was watching her life play out right before her eyes. I too have watched way too many baby and kids shows Chrissy. I feel your pain. My Little Ponies haunt my dreams!

Unsurprisingly the skit was a hit with the judges, propelling the group to the second round of the show. 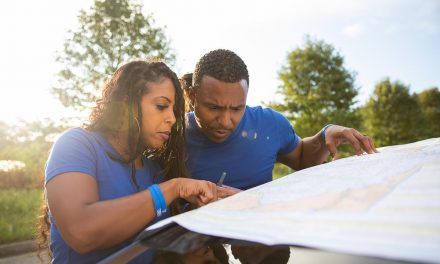 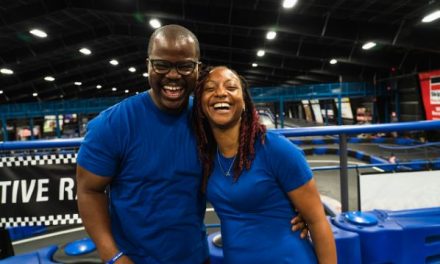 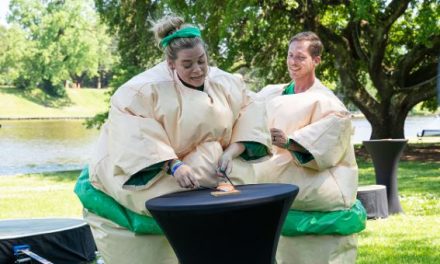 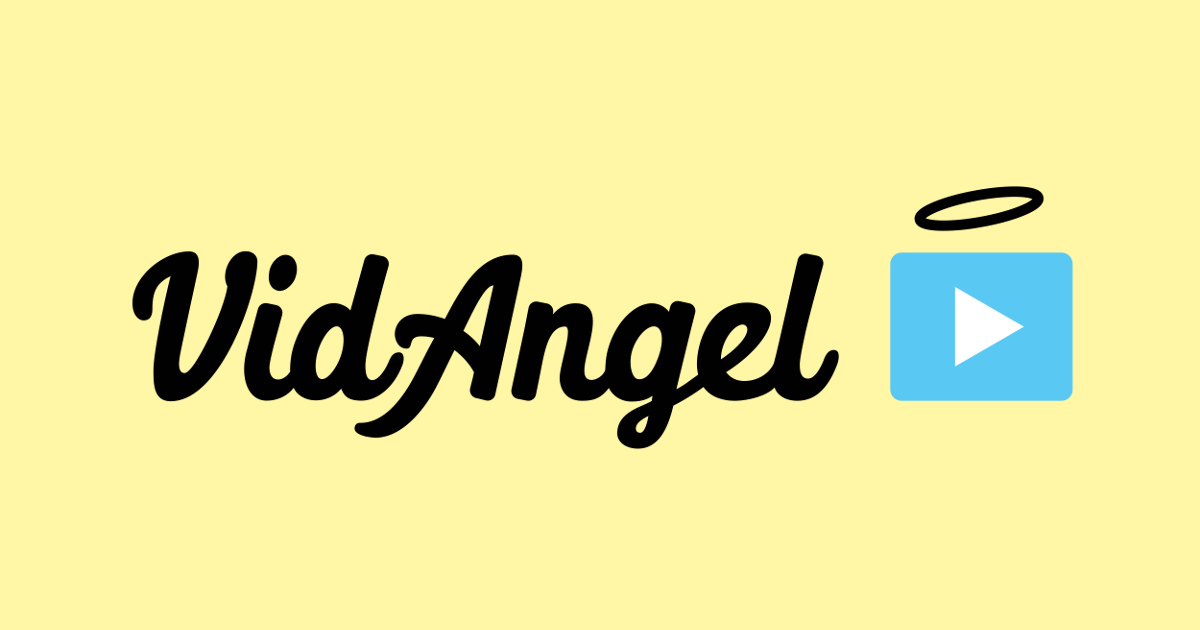