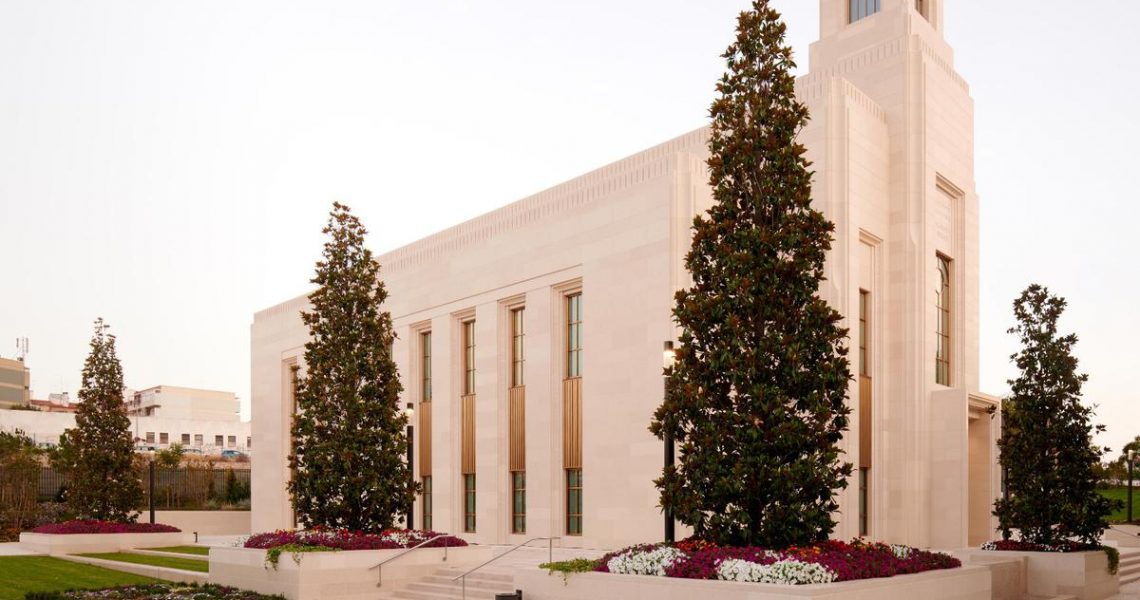 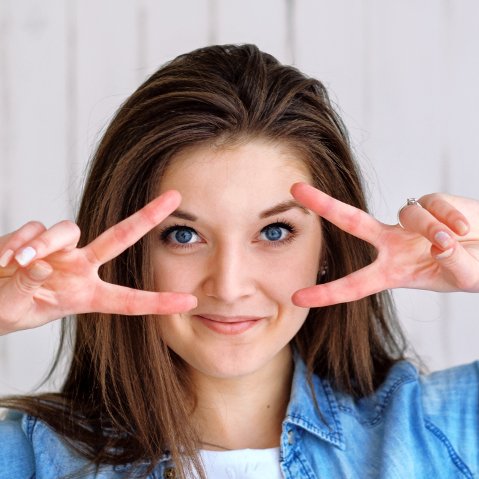 The Lisbon Portugal Temple, Portugal's first, is now open to the public. [dropcap]T[/dropcap]he Lisbon Portugal Temple of The Church of Jesus Christ of Latter-day Saints, the Church’s first temple in Portugal and second in Iberia, has been completed and is now open for public tours and information.

A free open house will begin Saturday, August 17, and run through Saturday, August 31, 2019, except for Sundays August 18 and 25. Open house hours are 9:00 a.m. to 10:00 p.m.; the public may make reservations at churchofjesuschrist.org/temples/open-houses.

Colors throughout the temple are gold, blue, ochre and lavender. Designs are based on derivatives of azulejo tile star patterns, which are indigenous to Portugal and reflect the region’s Moorish heritage. The temple’s exterior is covered with Portuguese Moleanos limestone, quarried from a location near Lisbon and fabricated by the Portuguese company Solancis. The temple reflects the architecture of the late Art Deco and Modern periods.

The stone tile, in creams and warm and light browns, is from Spain, Italy and Turkey. Ceilings throughout the temple feature cove or pendant lighting. Crystal chandeliers in the celestial and sealing rooms are by Swarovski Lighting of New York, and fixtures were provided by Crenshaw Lighting in the United States.

Interior and exterior art glass have deeply etched and carved patterns with added gold leaf to highlight the designs. They too are based on tile patterns native to Portugal.

The building is 49 feet tall and includes a 134-foot gold-leafed spire with the angel Moroni statue at the top.

The Lisbon Portugal Temple is in the northeastern part of the city, in Parque das Nações, on Avenida Dom João II, Lot 4.72.00 Nations Park, 1990-364 Moscavide, Lisbon.

The Church was first established in Portugal in the mid-1950s by members of the American armed forces who were stationed at various military bases in the country. The first Portuguese citizen to become a member of the Church was baptized in 1967.

On October 27, 1974, the Church’s status as an official recognized religious entity was published in the Diário da República, the official publication of Portugal.

President Thomas S. Monson, then an apostle of the Church, dedicated the country for the preaching of the gospel, and soon missionaries were assigned. By July 1978, the Church had grown to 1,000 members; the Lisbon Portugal Stake (similar to a Catholic diocese) was created in July 1981.

This temple will be a new landmark in the history of the Church in Portugal.

More than 45,000 Latter-day Saints living in Portugal, including the archipelagos of Madeira and the Azores, and in neighboring countries, will be served by the new temple.

Temples of the Church differ from meetinghouses or chapels where members meet for Sunday worship services. Temples are considered houses of the Lord where Jesus Christ’s teachings are reaffirmed through baptism and other ordinances that unite families for eternity. In the temple, Church members learn more about the purpose of life and make covenants to follow Jesus Christ and serve their fellow man. 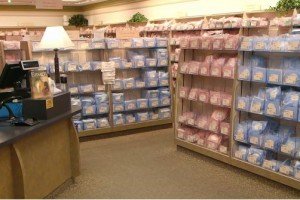 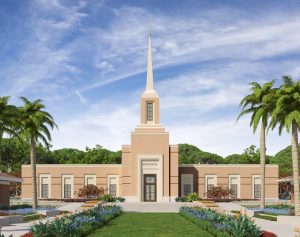 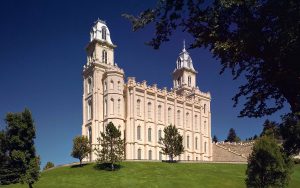 PrevPreviousDetails of Hong Kong China Temple Revealed, and Moroni Is Nowhere to Be Seen
NextEP 435 – So You Think You Can Morm?Next