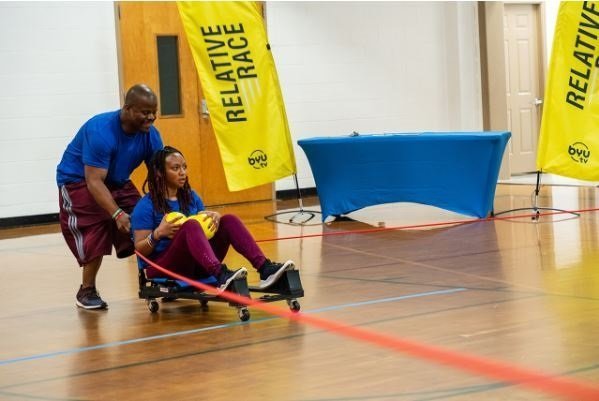 Day 4 of Relative Race is here with more family connections and some early morning shenanigans. Team Blue decides to kick of the day with a dance party, while Team Red has decided it is better to just wait in the car until Dan texts. After coming in first on day 3, Team Black gets to skip their city selfie, but almost forgets their phone at their relative’s home. Team Green is ready to check more names off the list of possible parents for DeShae.

The Challenge: Sling and Fling

Okay, now this looks like a really fun youth activity. Sure there is potential for bodily harm, but what would youth activities be without a chance of injury? In Sling and Fling, the teams had to use a giant slingshot to send their partner flying across the floor in a very unsteady looking go-kart. While rolling along on the go-kart, the person had to throw balls at 8 targets. It took some time, but most of the teams were able to get the hang of it. Team Green however struggled, and ultimately had to take a break because emotions were running too high. My wife was the first to point out the weird embroidered pictures in the Relief Society room that Team Green found them in. Her words not mine.  Though I do agree, they are a little strange.

In Arden North Carolina, Ray gets to meet his 1st cousin Michael. Michael is able to show Ray a picture of their grandmother. This is the first time Ray has seen a picture of her and he is able to add another name to his family tree. And by coming in first place, they will get a challenge benefit on day 5.

Winston-Salem North Carolina is the stop for Team Blue on day 4. There they meet Anitra’s 2nd cousin Anita. Anitra finds immediate connection, and together they go and visit the community garden that Anita volunteers at.

After mixing up street names, Team Black comes in 3rd place in Denver Colorado. But the mix-up doesn’t dampen their spirits, as J.D gets to meet his sister Angie and learns he has a brother named Tony. J.D was hoping to get more information about his father, but unfortunately Angie was unable to provide any, because their father died when she was just 7.

After a rough challenge, Team Green comes to a stop in Hattiesburg Mississippi. In Hattiesburg, DeShae connects with her uncle Gary and checks another name of possible father’s off her list. Along with their new found family, Team Green does a little glow-in-the-dark golf to blow of some steam. 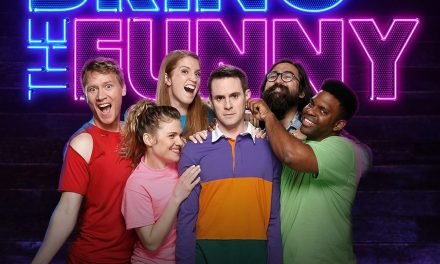 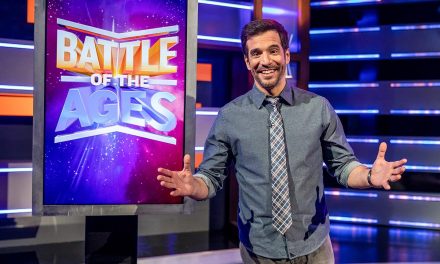 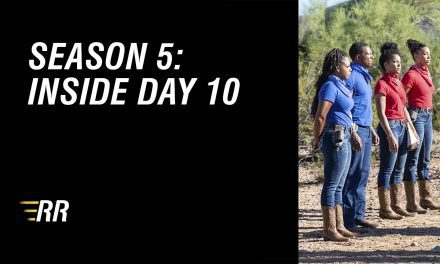 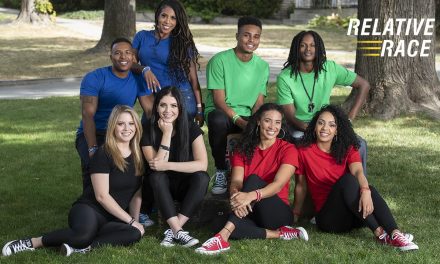