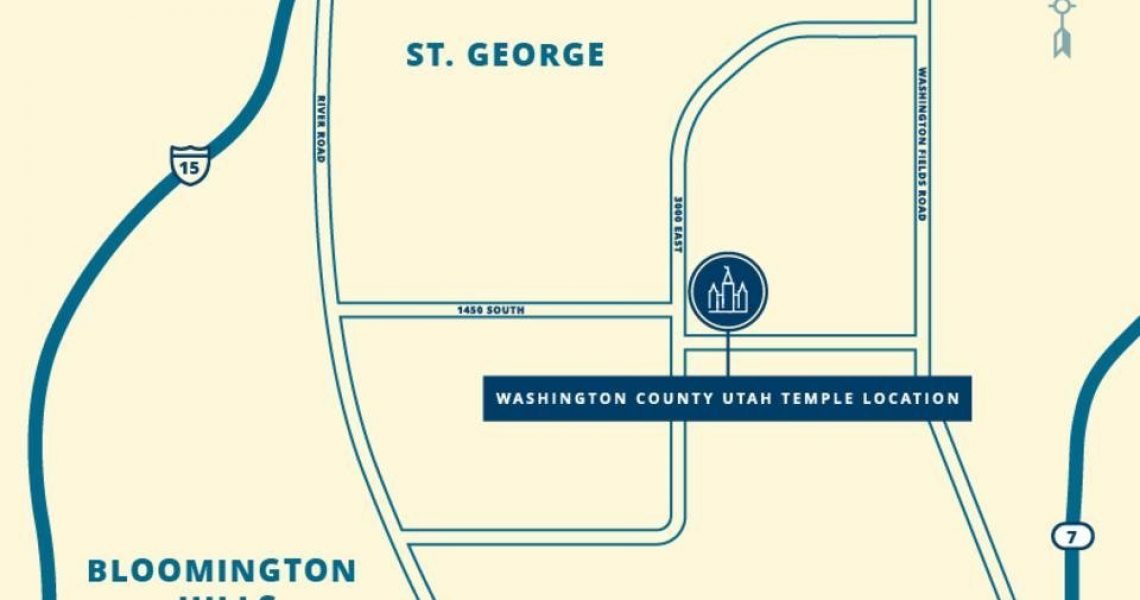 Dixie is two-thirds of the way to a hat trick.

[dropcap]D[/dropcap]ixie residents, rejoice! Mere days after the St. George Utah Temple closed for lengthy renovations (which will make the temple’s annex appear to rival the original temple in terms of eye line prominence), The Church of Jesus Christ of Latter-day Saints has announced the much-speculated location for the second temple in the area, the Washington County Utah Temple.

No, the temple will not be right near the airport, nor will it hug the master-planned golfic (new word) bliss of Bloomington Hills. Instead, the temple will occupy what is presently farmland in the southeastern fringe of the metropolitan area, at 3000 East 1580 South in St. George, Utah. 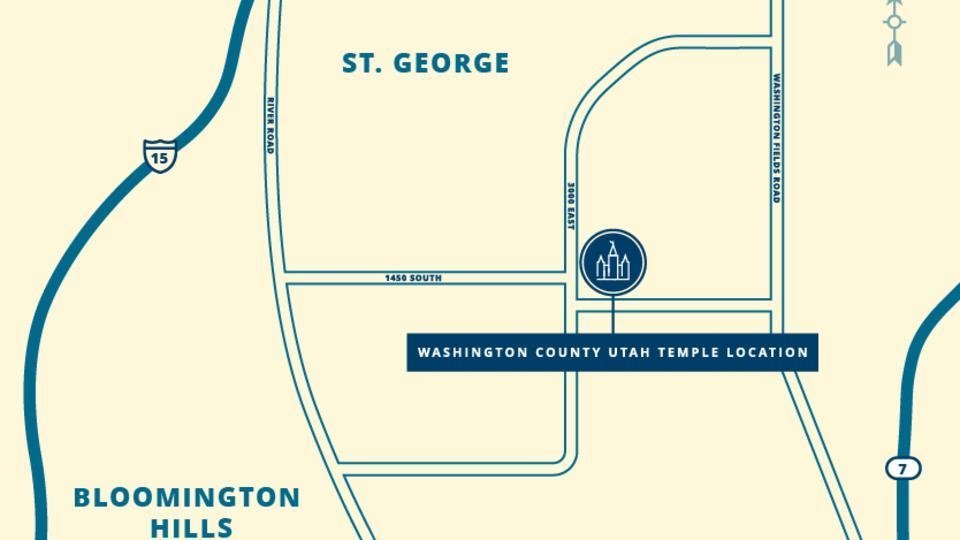 As with other recently announced temples in Utah, the Washington County Utah Temple will be no slouch in terms of physical presence. Its 88,000 square feet across three stories falls neatly along with that of the Layton and Saratoga Springs temples. Actual designs have not yet been released, but personally, I hope they do something bold and propose a modern interpretation of the St. George temple. An apple and an orange. A yin and a yang.

Although it may seem as if this temple was announced ages ago as we’ve wondered where-o-where it would go, President Russell M. Nelson actually announced it in the October 2018 General Conference. It’s only been a year! The waiting is the hardest part (RIP Tom).

Now, some thoughts. First of all, the name. I’m not sold. Washington County already has one temple: St. George. So is it not a bit of a misnomer to label the new temple that of all of Washington County? It’s like my upbringing with the California Angels. There were five baseball teams in the Golden State, yet my beloved Halos were somehow the team for the whole state?! Of course, we paid our price with that whole double-city name thing.

Anyway! Since the Yuba City California Temple was aptly renamed to provide a better reflection of its region, can’t we do something more with this temple? The Dixie Utah Temple or the Southwest La Verkin Utah Temple? The Virgin River Utah Temple? (I imagine Church leadership would, for some reason, be uncomfortable with throwing a “virgin” label on anything.) There has to be a better way. Leave your thoughts in the comments.

Also, as your resident polemicist, I feel it worth pointing out that the Church’s press release calls this temple “the city’s second,” referring to St. George. According to Google maps, it’s not. You see, the municipal boundaries of St. George run eastward to 3000 E but do not cross north of 1580 S. The temple lot will be on the northeast side of the intersection of those two streets – bound on three sides by St. George but not actually within the city’s boundaries.

However, St. George’s city planning website does suggest that this land may have recently been annexed, which would also explain why 1580 S changes names a block to the east, when it leaves St. George’s municipal boundary.

Perhaps the bigger question is, will any local businesses be forced to shutter their doors, as recently happened elsewhere for a temple? There does not appear to be a greasy spoon in the immediate vicinity, so the coast, err, desert appears to be clear. However, don’t be surprised to see a temple in a sparsely populated corner of the St. George area stimulate further economic development, even if the land is currently zoned to “protect agricultural uses.” Do you want cotton or do you want Cafe Rio? You know the answer.

Temples take about three years to complete upon groundbreaking, and while we do not know when said ground will break, we can likely expect such an event to transpire within the next six months. 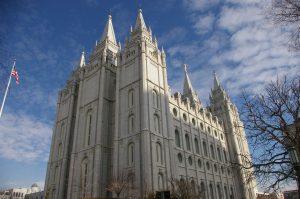 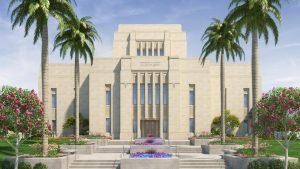 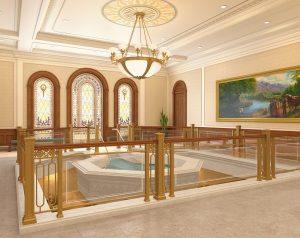