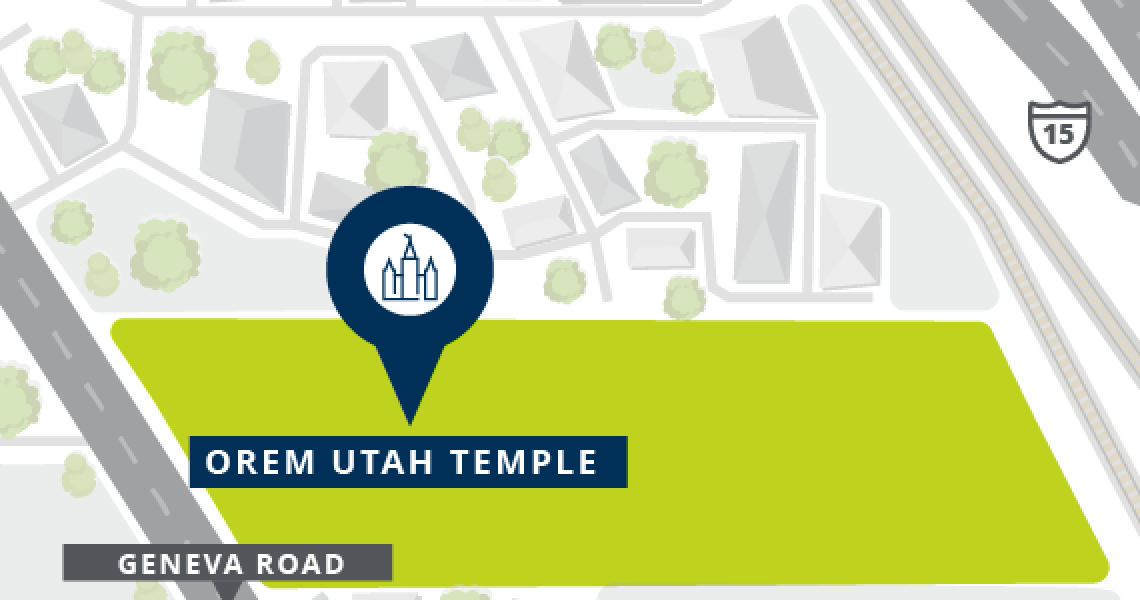 [dropcap]L[/dropcap]et’s pretend we live in a world where an award is given to the temple closest to Utah Lake, which is located in Utah County in the state of Utah. But only a few years ago, that award could have been given to the stalwarts of the scene, such as the Mt. Timpanogos Utah Temple, or even the newer Provo City Center Temple. (Sorry, Provo Temple. Your decision to abut the bench denies you this dubious honor.) Then, the Saratoga Springs Utah Temple got underway, thus robbing the award. However, we have a new challenger in that of lowly Orem, long the Esau to Provo’s Jacob, but potential winner of the Utah Lake Proximity in Greatness Award™.

If for some reason you’re still reading, the long and short of it is The Church of Jesus Christ of Latter-day Saints has announced the location of the Orem Utah Temple, a building itself only announced in the most recent General Conference. On the same day, the Church revealed the building site of the McAllen Texas Temple.

If you were wondering if the temple would occupy the old WordPerfect campus, you wondered incorrectly. Instead, it will sit at 1471 South Geneva Road, west of Interstate 15 and on the western fringes of Orem’s development. However, it won’t be terribly far from the hustle and bustle of Utah Valley University, and more importantly, In-N-Out burger. 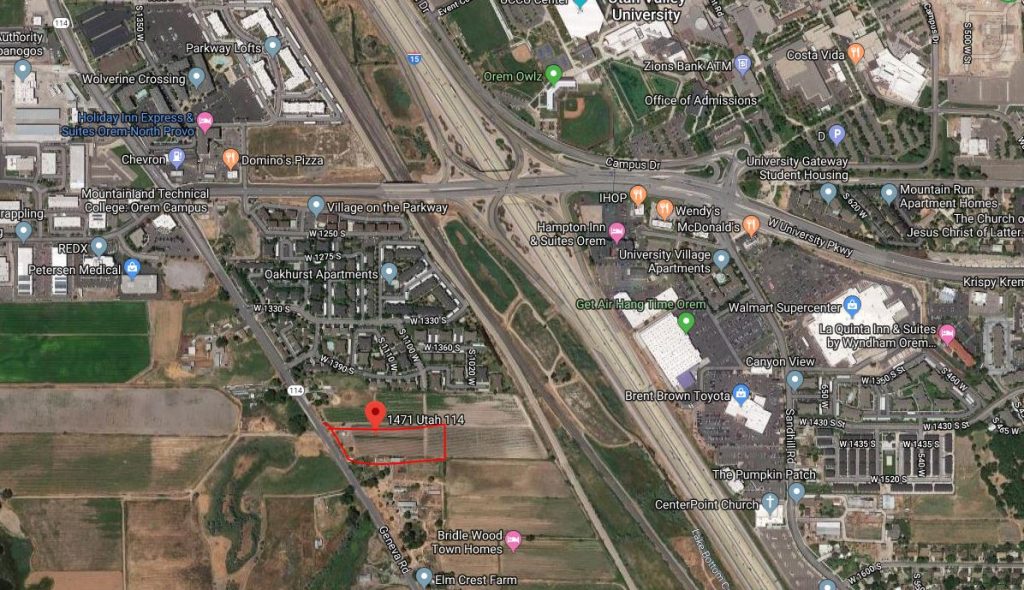 For those interested in Orem’s claim to our Close to Lake Honor or whatever it was called, the site is approximately 1.4 miles (2.2 km) away from the crystalline waters of Utah Lake. However, it appears the Saratoga Springs Temple will be a mere 1.13 miles (1.82 km) from Utah Lake! Had the Church built the Orem temple on the other side of Geneva Road, perhaps it might have won. However, today is not that day.

Since this is Utah, and Utah wins the day, the temple will hardly be small, covering approximately 70,000 square feet across three floors. That puts it right in line with the aforementioned, somewhat architecturally adventurous Saratoga Springs Temple and the super boring looking Layton Utah Temple. We know little of the design, however, the Church mentions a “center spire,” so perhaps we are to assume the structure will be square in shape and not of the long rectangle variety, such as Layton, Oquirrh Mountain, etc.

“I am just so excited to have a temple coming to the city of Orem. We love what it’s going to do for our city. It will be a beacon of light.” said Orem’s mayor Richard Brunst in a comment to KSL. “Within the city of Orem, we have a large population of members of The Church of Jesus Christ of Latter-day Saints, about 70%, so this will be a great thing for our residents.”

Brunst also noted that neighboring Vineyard is growing exponentially and will be served by the nearby temple. For most of its history, Vineyard was an incorporated city with little population but a large industrial base, centered on the now-shuttered Geneva Steel Mill. The sweet siren’s call of gentrification was not lost on Vineyard’s leaders, however, and the city’s population has increased 100 fold in 10 years as it has cleared the way for many high-end housing developments.

Who’s willing to start a very bullish GoFundMe to build a FrontRunner stop right behind the temple lot? Who’s with me?! What’s that, you say? There’s a stop just beyond University Parkway. I DON’T CARE.

Now on to Taylorsville, once home of Utah’s only Guitar Center and a delightful Mad Greek. For the uninitiated, a temple in Taylorsville is basically a way to put a temple in West Valley City without having to put it in West Valley City. (You think we’re kidding? The temple will be only a block removed from the West Valley City boundary.) The edifice will by built on what appears to be existing Church property at 2603 West 4700 South, just west of Interstate 215. A meetinghouse currently occupying part of the site will be torn down and not replaced. 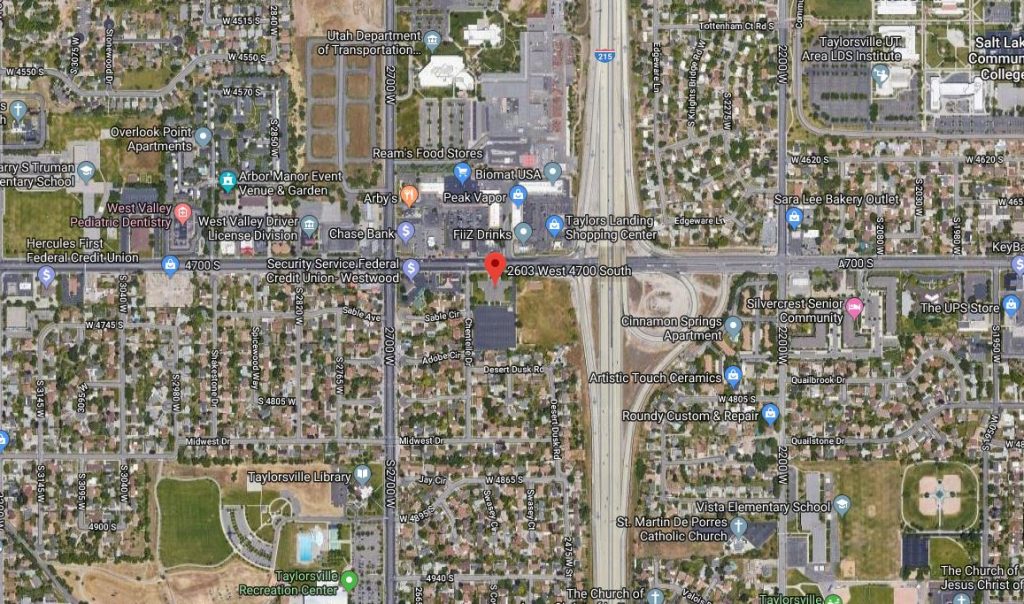 It looks fabulous. Thankfully, Peak Vapor is only right across the street. Better yet, you can get your fill of those addictive curly fries at Arby’s before settling in to a shorter-than-before session.

There was a time when we semi-jokingly wondered what it would take to get Utah to 20 temples. Well, now we’re on 21, and who knows how many more are on the horizon. Isn’t there some passage in some apocryphal translation of the Book of Revelation that states the Second Coming can’t happen until a temple is in Duchesne? 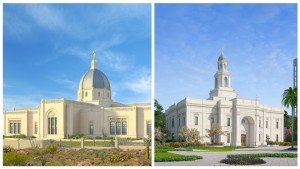 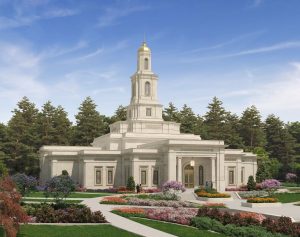