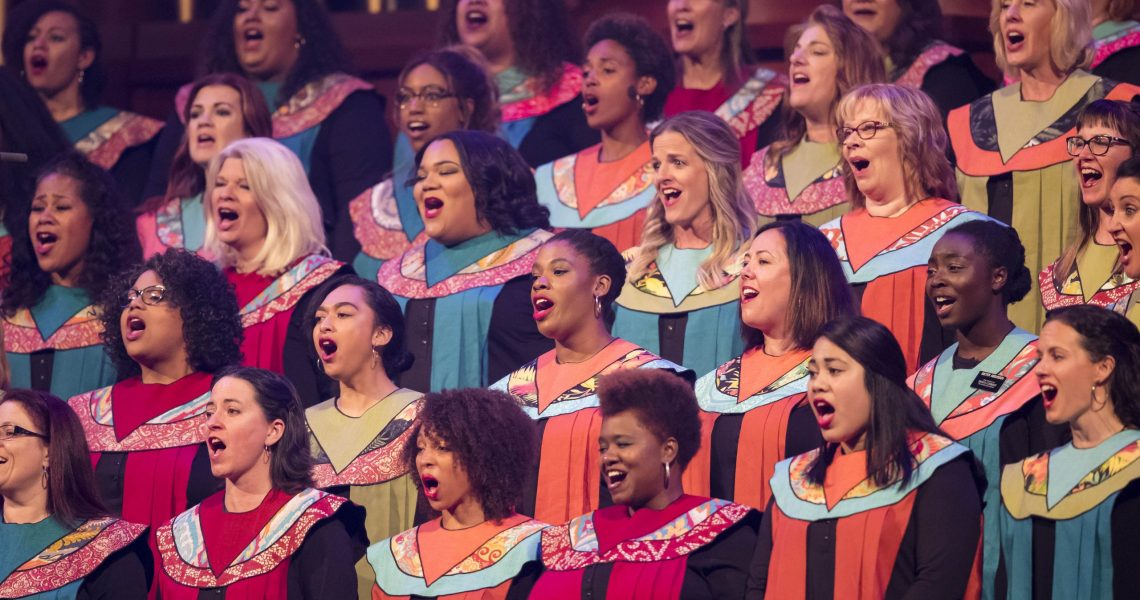 Looks like Salt Lake showed its hand and at least part of the mystery about the next General Conference has been solved.

[dropcap]R[/dropcap]emember those halcyon days of yesteryear? The previous decade? Back when we were just happy to be enjoy two-hours of in-church church while figured out how best to do that “home-centered” thing? And then, President Russell M. Nelson went and dropped one of his enigmatic viral bombs right at the end of the October General Conference, telling us that the one in April would be unlike any other?

Since then, we’ve all spent countless hours speculating on what this could mean. We even devoted significant time to it on our post-General Conference recap podcast. Would the location be different? The format? The participants? Would President Nelson become the first prophet not to dedicate just a temple, but a space station?? We know President Nelson wants us to focus on a study of the Restoration this year (in a year with the Book of Mormon at the center of Come, Follow Me), and the Church has even put out a new podcast on the First Vision, but we’ve had very little to work with in figuring out what would make the umpteenth General Conference described as “historic” actually historic.

Well, we might have the teensiest clue about this coming April, and it comes from a call for choir participants. Bear in mind, we’re still connecting some dots and there could easily be holes in our interpretation.

On January 7, the Church put out a request for participants in a multicultural choir that will sing at General Conference. As is often the case with General Conference choirs, singers must live along the Wasatch Front (basically area code 801 – the populated region from Payson to Ogden… ok, maybe Brigham City) and be willing to attend numerous rehearsals in the runup to the event.

Ah! Well, that could just mean rehearsing and not have much to do with the actual performance, right? In essence, yes, you would be correct, as the main article says nothing about performance details. However, the actual application seems to give away that the performance will be on April 5 in the Conference Center:

“Can you attend all of the rehearsals and the conference event?

Dress rehearsal means DRESS REHEARSAL (i.e. on location). Choir members are also clearly expected to be in Salt Lake to perform in the Saturday Evening Session, given the timetable (the Saturday Afternoon Session starts at 2 pm normally, which would preclude an arrival at that exact time). That evening session was also amended last year to include all Latter-day Saints ages 11 and up instead of the usual Priesthood Session or Women’s Meeting.

Also, if you are in Utah and are “multicultural,” you should apply for the choir! Just don’t tell those DezNat folks, as they might not regard this choir as white and delightsome. Sadly, beards are forbidden because they are inherently sinful. Get a job, hippie.

Update: It turns out a November letter to leaders says all of conference will “originate” in the Conference Center. Speculate as you will whether that means parts of it will still somehow come from elsewhere. 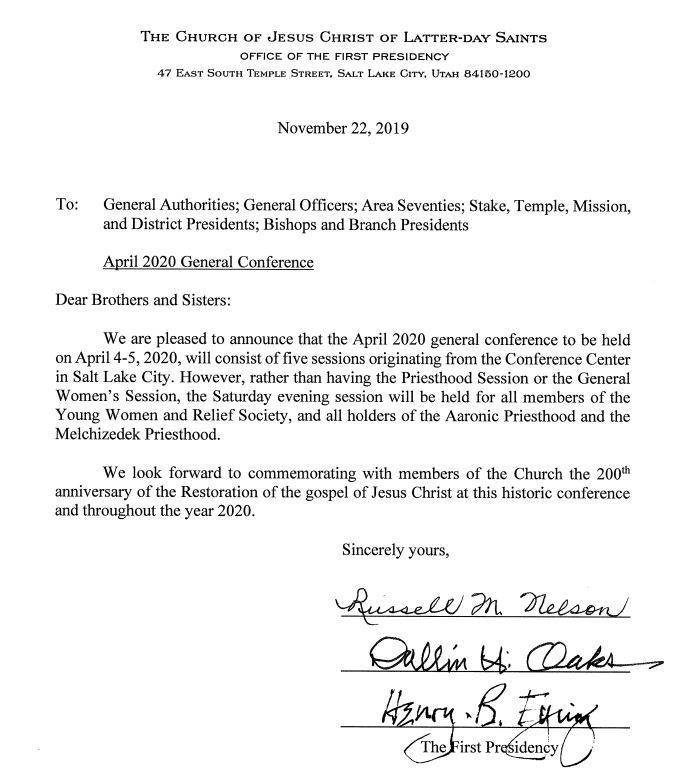 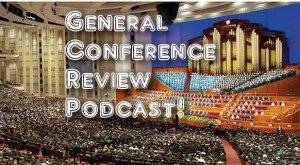 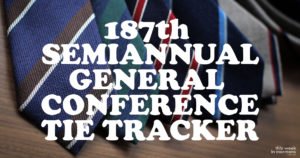 PrevPreviousWhen Exactly Does a Temple Cease to be a Temple?
NextEP 458 – Alright, Wendy Nelson, I’m Gonna Need to See Some CredentialsNext