In 1986 the church began a series of 6 Direct Gospel Message Videos. These were videos with a missionary message and, for the most part, storylines featured people in relatable situations finding answers in the gospel of Jesus Christ. For today’s trip to the Vault we look at the last in this series: On the Way Home from 1992.

On the Way Home tells the story of the Snyder family—Paul (the dad), Mom (no name, why are the female leads never named), college-aged Jody, (I assume) high school age Scott, and the youngest, Sarah. We follow them through a series of present day scenes and flashbacks to see how they learn about and are transformed by the gospel.

We open on a pick-up basketball game. The game wraps up and one of the players quickly organizes the next game. Scott says no thanks. People start to ask why he can’t go another round but a friend interrupts.

“That’s right, you’re getting baptized!” Friends look at him quizzically, and Scott confirms the comment.

“Yeah. It’s something I believe. I’ll tell you about it sometime and its partly for my little sister.”

As Scott grabs his ball and runs off, one of his friends questions “His little sister? I thought she died?”

Scott continues his run home and passes some girls playing in a sprinkler by a lake. The music shifts and the warm glow of summer fades. He remembers a happy memory of fishing in a lake. Sarah caught a fish and is so proud. Scott at first looks annoyed with her success but then, after he catches a bigger fish himself he decides to set it free. He doesn’t want to rob Sarah of her shining moment.

At the Snyder home we see Mom (She doesn’t have a name. Why don’t the lead women in these have a name?) unloading groceries. She picks up the phone to call her husband, Paul, to see if he left yet. He hasn’t and is a little short in his explanation. You know, He could have said “I haven’t left, Janet, Estelle, Karen.” But no. We transition to memories of arguments along with happy family time. Maybe they argued because he never called her by her first name? Paul apologizes on the phone and they both recognize how far they have come as a family. They question if their daughter Jody has left from her dorm yet.

We see Jody and her friend Andrea getting into a car and leaving campus as a classmate runs after yelling her dad is on the phone. Jody said she really owed all this change to Andrea. Andrea disagrees saying Jody is the one who made the choice. We flash back to a conversation between Jody, Andrea and a friend Molly. Molly is encouraging Jody to have sex with her boyfriend, David—to “do what it takes” to “lock him up.” Molly leaves the conversation in pursuit of some hot piece of man meat and Jody wonders aloud that maybe Molly is right.

“Maybe she’s wrong!” Andrea says. “In fact, there’s no maybe about it.”

Andrea continues on and reminds them of people they know who took things “too far” and all agree that it was a mistake. She says as God’s children he knows what’s best for us even if society and Molly say different. She encourages Jody to set up rules she is comfortable with just like Andrea did with her own boyfriend.

Back at Paul’s office he is packing up. As he prepares to leave, his secretary tells him a Mr. Perkins from the homeless shelter is there. He flashes back to a time with Mr. Perkins had come by to pick up a promised check for the shelter. Paul denies he promised a check to the shelter and complains about this “do-gooder” all while Mr. Perkins overhears him. Still in the flashback he has car trouble on the way home and stops in a less-than-ideal part of town. He wanders through an alley and wait…what does he find? A homeless shelter. He goes inside and touches someone on the shoulder to ask for the phone only to discover Mr. Perkins—the do-gooder from earlier. Awkward. Paul finds the phone and calls for a tow truck. A young boy comes to observe him and offers either a French fry or a very long carrot stick. It’s black and white. He gets off the phone and sees a print of Bloch’s “Christ Healing the Sick at Bethesda,” and is touched by the people in need at the shelter. He apologizes to Mr. Perkins who kindly rebukes him by saying “People can change.” We return back to present day where Paul presents Mr. Perkins with not only a check but also a collection of other donations gathered by the employees at his company.

We next see the Snyder family being taught by 2 sister missionaries. They read 2 Nephi 9:23 to teach of the need for baptism. They go for the soft sell and don’t read 2 Nephi 9:24. They also read John 3:16. You can tell the Snyders feel the power of the scriptures and the importance of baptism.

Cut to Scott running home. He pauses to allow a group of cyclists to pass and is brought back to a memory of a crumpled bike in the street and Sarah on a stretcher. She is loaded into the back of an ambulance with Mr. and Mrs. Snyder while Jody and Scott are left behind. That memory fades and opens on Sarah’s funeral. Present day Scott is pensive as he reviews that day. His walk slows and we see the missionaries teaching about eternal families. Scott asks if that applies to his deceased sister. The sister says it does and shares a heartfelt story about a friend who also lost a child. They are good. Strengthened by this memory, Scott breaks into a full sprint.

Jody and Andrea pull over—slowed on their trip home by a flat tire. As they change the tire Jody wonders where her boyfriend is when she needs him. Andrea asked how that’s going. Jody says they are winning because they are following the rules. Rules, she says, Gives her freedom rather than constraints.

Back at home, Scott bounds into the kitchen and gets his clean clothes for the baptism and puts his dirty basketball right on top of them! Thoughtless. But I digress. He thanks his mom and tells her how great it is. From his mom’s reaction this seems uncharacteristic. Scott goes upstairs and goes into Sarah’s bedroom. We see a flashback to Scott’s birthday party and we learn the basketball was a gift from Sarah. We see them playing together. He leaves the basketball on the bed and goes to get ready.

Jody arrives home at the same time Paul arrives home. The visual of him by the car triggers a memory of a family car wash turned water fight surprisingly caught on camera. Back in present day Jody and Paul chat about school and the boyfriend. Jody goes to get ready and then Paul asks his wife, Mom (why doesn’t she have a name!) if Scott is back. Mom replies that if the boy who ran through the house and gave her a big hug and kiss is Scott than yes. Paul is also surprised and remembers going to retrieve him late at night from an arcade. He says they need to talk but doesn’t know what to say. Scott comes down all dressed for the baptism and muses that Sarah may even be at the baptism in some way.

The family gathers together at home before leaving for the baptism. They are ready for the upcoming change and the camera lingers on a photo of Sarah as they walk out the door. They arrive at the church, greeted by Andrea and other members.

One by one we see each family member enter the waters of baptism. First Paul, then Mom, followed by Scott and then Jody. After Scott is baptized he looks at the Sister Missionaries and smiles as if to thank them for teaching him. I realize what the look was intended for, but as a missionary I always felt this interchange was a bit awkward. Jody connects with Andrea after her baptism and we see the joy in both their faces.

Scott returns to Sarah’s bedroom after the baptism. He gets his basketball and goes out to the driveway. He aims the ball and shoots.

The ball goes in. Nothing but net. Fade to the church logo.

On the Way Home is the last of the Direct Gospel Message films and you can tell from the quality of the storytelling and acting. Most of these films took about a year to create, but the Ensign reported this one took 2 because they really wanted to get the story right. It is an emotionally compelling film with sincere performances—a counterpoint to some of the performances in earlier Direct Gospel Message efforts.

Other tactics of lighting and wardrobe help to build the film’s impact. In good times the family is dressed in similar warm colors with golden, soft lighting. In sad times they are shot in different colors, shadowy lighting or even black and white. Absent from this film is any theme song. Although they were effective in other films, the creators use piano-forward orchestrations to allow the actors and dialog to drive the power and emotion.

Like The Prodigal Son, and Labor of Love, On the Way Home represented another shift forward in missionary-focused story telling for the church. It testified again how the gospel can improve  lives and help us all to become better people on the way to our heavenly home. 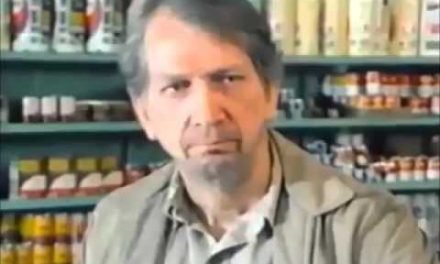 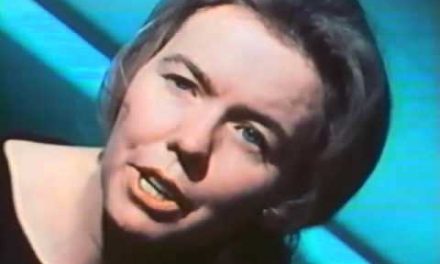