One of my first seminary (or youth Sunday school—I am not sure which) movie memories was a short film called The Maze. The 10-minute film from 1992 tells the story of some high schoolers on a field trip to a maze. It was produced for use with New Testament curriculum.

The film opens with an overview of the maze. We fly through the maze experiencing dead ends and quick turns underscored by bouncy and frantic classical music. As the music builds to a finale it quickly cuts off with the sound of a sliding van door. Teenagers pile out and the adult leader hands out colored jerseys, dividing the kids into teams of 3. The leader explains the rules: each team will enter 5 minutes apart and punch a time card when they enter and exit. There are scenic overlooks they can use to help them find their way through the maze, but it may cost them time. Quickest time wins.

The blue team is the first to enter. The self-appointed leader is so quick to run in he forgets to punch his time card. He goes back, punches and is again is off and running, leaving his other two members to catch up. They run and run hitting dead end after dead end.

The red team is up next. One of them looks a little shifty—he quietly pulls up a map of the maze and studies it. He is not worried. He’s got this. Then he leads his team directly to a dead end. He convinces them they need to go over a wall to get back on track.

The green team is the final team to go in. It has a classic jock and 2 girls. They argue a bit but quickly decide this team will be a democracy, and they agree to decide things together.

We see the blue team charging into a rest area—they thought they were at the end but no. The leader wants them to keep running. While the girl on the team and the stereotypical nerd (whose dialogue sounds like a technical manual) want to check out an overlook. The leader says no, we have to keep going.

The red team arrives at the same rest area moments later—in bad spirits. They spent time going over 2 walls instead of just finding their way normally. They are both annoyed and exhausted. The Map man convinces one team member to go up to the overlook. He tries to memorize the route to the end. Although the entire maze is before him he still includes a few more “over the wall” moments.

Back at the green team they are debating the first overlook. The jock doesn’t want to go up because it could waste time, but the girls decide it’s the only way to be sure of where you are going.

As the green team climbs another overlook the guy complains this is the 6th overlook they have climbed. He implores the girls to wait up, but they turn around and head down as he arrives. “Where are you going?” he asks. “To the end! It’s easy from here.” He is doubtful but quickly sees the path to the end for himself when he is on the top of the overlook.

The green team walks out and punches their time card. They won! They wonder how the other teams are doing. As we pan up we see both the blue and red teams collapsed, seated on opposites sides of the same wall—so close to the exit but still so far.

The church website succinctly describes this video: A teenage competition through a maze is used as an analogy to show how the scriptures help us get through life. I appreciate how the video leaves the analogy open ended to allow for a class discussion. Many of the older style of church films beat you over the head with the lesson. Wild living bad! Following parents good. You pray, read scriptures. The end!

The learning approach in this film allows many ways to learn. The maze is life. The overlooks are the scriptures. The teams represent different ways to use the scriptures as we go throughout life. We can ignore them completely, use them a little or follow them as a guide throughout. With most analogies the more you look at them the more they break down. This one holds up pretty well. The film is well-produced and really is quite timeless. The wardrobe may date the film slightly but it is easily ignored. Some of the dialog and teenage stereotypes may evoke The Breakfast Club, but it’s still a good watch. At 10 minutes it’s definitely worth the time. Although it was produced in 1992 it is still on the church website. The church renewed the copyright in 2012, so you will be able to enjoy it for a while yet. It is a solid introduction to discuss how the scriptures or any spiritual guideposts (prayer, patriarchal blessings, etc.) can guide you through life. Not bad for a 10-minute film that is nearly 30 years old. 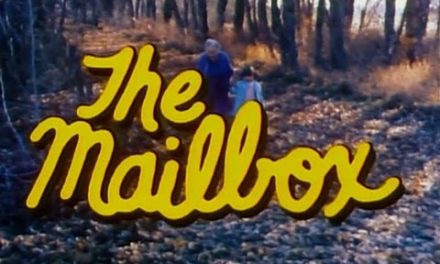