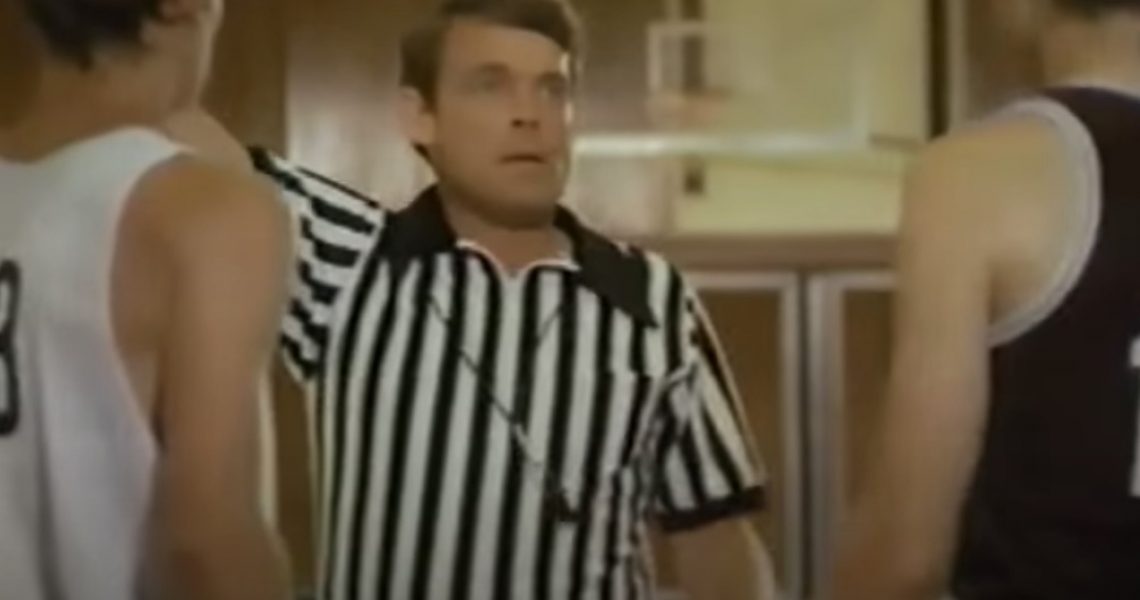 [dropcap]M[/dropcap]ajor League Baseball players are beginning to take the field, and the NBA will soon be on the court. Now might be the perfect time for you to brush up on your arm chair officiating so you can make the right call while you watch people move the thing to the other thing. In the spirit of fair play—and something that’s not so serious—let’s take look at a well-produced training video from the 1980s—The Church Sports Official.

The church wanted officials trained and prepared to not only call games but also to mold and mentor youth. To that end, it created this pretty comprehensive training/inspirational video in the mid to late 80s. The video opens with a quote from President Monson laying out his hopes for the church sports program.

“Church sports activities have a unique central purpose…a purpose much higher than the development of physical prowess, or even victory itself. It is to strengthen faith, build integrity, and develop in each participant the attributes of his Maker.”

Clearly the need for the video persisted into 1989 as announced in a church bulletin: “There is a serious ongoing need to teach and emphasize sportsmanship in the church. Participation in competitive sports requires self-control on the part of players, coaches, and spectators. All must apply the teachings of Christ in their participation.”

Back to the film. We open on a slow-motion jump shot. The speed hits normal and we see a youth boys’ basketball game in full swing in a large cultural hall. The official calls a foul and we see the game is close at 72-73. One foul shot sinks for the white team and the other rebounds. Players head back down the court and the ball goes out-of-bounds off of one of the red team. The official arrives but hadn’t seen what happened. He looks at the two players from the opposing teams and the Red #14 admits it went out off of him. The White team throws the ball in and powers down the court, shoots and scores—winning the game.

We hear dramatic music and we see a meeting house at sunset as the title cards come up. Like really dramatic music. If it were a decade later I would think I was watching Mountain of the Lord or something. We cut to the official—Brother Parry—walking through the darkened building. He runs into number #14 and applauds his decision to make the right call.

“That was a great thing you did,” Brother Parry said.

“You know what I mean. I could have easily called it off the other guy. If you had kept quiet, you could have won.”

The player responds that Brother Parry’s pre-game comments about honor calls stuck with him and he may have lost the championship but at least he will be able to sleep that night.

Brother Parry walks out a different door and as he peeks into the empty cultural hall once again the audio speaks of his call as a church sports official. He protests he knows nothing about basketball, but the counselor encourages him. He can touch many lives if he studies and applies himself in his calling. He will have one of the greatest experience of his life. He thinks about it and looks at the empty cultural hall. Really it’s advice that could apply to any calling in the church.

Brother Parry addresses the camera. He has had a good year and has been really satisfied with his experiences. He discusses receiving his calling and how serious the counselor was when he gave him the call—that it required as much study and payer as any calling. The counselor also said the official was in a unique position to influence the stake and bring spirituality to sports.

Brother Parry began to understand the scope of his calling as he was set apart and attended the sports officials clinic. The narrative shifts and we hear the clinic leader talk about the role of sports in the church. An official who understands can promote sportsmanship and fair play consistent with gospel principles. We see the veritable army of called sports officials listening to his words. It’s a lot of people. They had sports clinics, training, meetings with officials from the local community. It’s a lot of training. Brother Parry studies the materials at home “just as a Relief Society President or Elders Quorum president would study.”

We also learn Brother Parry watched games with the stake officials coordinator and learned how to call games in a non-threatening environment. He finally is certified and calls his first game. It went well and the stake official encourages him to help the game flow “without flourish.” Don’t be overly sensitive, and set the tone with courtesy and respect.

A montage of youth participating in various sports concludes the film. A narration reminds us sports can be a great training ground and the official can be the teacher. The official must prepare himself. “Then he is in a key position to ensure church sports develop Christ-like character in each and every individual. Heroic music swells and we see a dad and young baseball player walk into the sunset.

I have never really been in stakes where church basketball was so organized for the need of para-professionally trained officials. Of course if you are asked to officiate you should know the game and take the job seriously. For those I know who participated in stake or multi-stake tournaments, sports was rarely a gateway for the spirit but I am sure it is for some. This video just landed a bit wrong with me. I never remember any Elders Quorum Presidency training I received that was prepared with this much effort. I never remember ANY calling I received have training that was this well-produced and organized.

It’s an interesting film. It’s well-made and truly is a snapshot of something that may not exist that much anymore—at least in my experience.  It is a good reminder, though, that any calling can be used to teach and minister to the one. 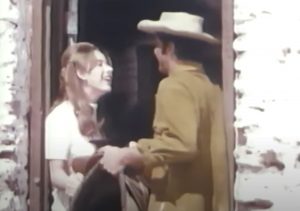 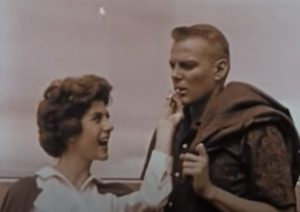 PrevPreviousEP 483 – Racism in the Church: A Conversation with Historian Russell Stevenson
NextEP 484 – Lilburn Boggs for ApostleNext