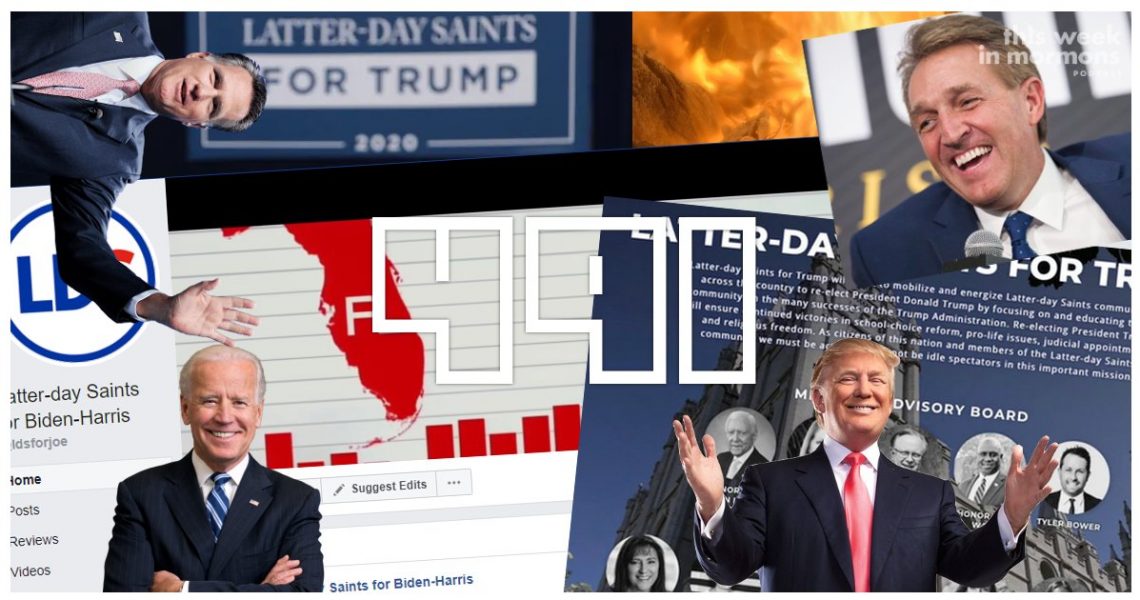 Never fear, this week’s episode is not exclusively about the 2020 presidential election in the United States, but it’s been a fascinating few weeks watching politicians go after a group of voters—largely conservative Latter-day Saints—who would normally be taken for granted in most other elections. But with tight races in previously noncompetitive states, no vote can be taken for granted.

But look how much they love us! Vice President Mike Pence attended a “Latter-day Saints for Trump” rally in—where else—Mesa, Arizona to court the vote. And Jenny Oaks Baker, daughter of a rather known apostle, performed there, putting to rest years of speculation: whom does Jenny Oaks Baker support politically?

Latter-day Saints for Trump also got into some hot water due to their branding, which featured the Salt Lake Temple in the background and seemed to imply that “good” Mormons would vote for Trump. The group has since removed the image.

Not everyone is into the Trump show, however and many other Latter-day Saints, also in Arizona, have organized to support Joe Biden. Just as the Trump-supporting saints suddenly have a voice, so too do those who would normally vote Republican, but can’t stomach giving Trump another term in office.

The pro-Biden effort doesn’t end there, with “Latter-day Saints for Joe” also a Facebook group.

See? We can be pluralistic.

In other news, after 50 years in publication, the Ensign will go out of print next year, being replaced globally by the Liahona. The move makes complete sense, as there’s no reason to maintain two separate adult-oriented periodicals in a global church.

A therapist who was once abused by clergy argues that bishop’s interviews, which are sometimes invasive, are a force for good in helping kids answer questions about appropriate behavior and sexuality. You can imagine the deluge that descended upon said therapist following her remarks at the FairMormon conference.

Temples abound in three Utah temple stories. First, the Church released the rendering of the Taylorsville Utah Temple, and it looks pretty excellent. Second, after the public spoke out against what is charitably described as “high density” housing around the upcoming Tooele Valley Utah Temple, the Church backed off and abandoned the housing development altogether. Third, Budweiser wants Utah to have a state beer (no state has a state beer), and they thought it wise to include in image of the Salt Lake Temple on said celebratory beer can. Great job, Bud!

Do mixed-orientation marriages work? We have memories of Josh Weed making headlines about this a few years ago, and another couple has now come out with their story. These marriages are successful more often than you’d think.

The Tabernacle Choir canceled its famous Christmas concert for 2020, citing the COVID pandemic as the driving force behind the decision. While nothing has been announced, we have to wonder what this means for a First Presidency Christmas Devotional, which might still happen, but probably in a prerecorded, socially distanced, virtual space as with General Conference.

Should Church members be involved in court cases? Like, at all? A letter from the Brethren this week reiterated the Church’s stance on litigation, particularly between members within the same unit, but a Church spokesman muddied the waters a bit, seeming to allege that Latter-day Saints simply should not be involved in lawsuits at all. And of course, all of this coincided with some drama on the Lori Vallow front.

Other news: two sister missionaries in Houston were stabbed in their apartment, Ensign College is going all remote after Thanksgiving, VidAngel moves production of “The Chosen” to the Church’s Jerusalem set, BYU waives ACT/SAT requirements because no one can take the test, and a Muslim mechanic in Cedar City alleges he was fired for leaving the Church and converting to Islam.

Support us on Patreon, would you? $2 per month! That’s it! 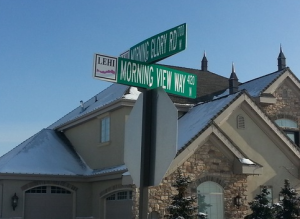 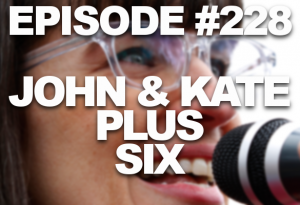 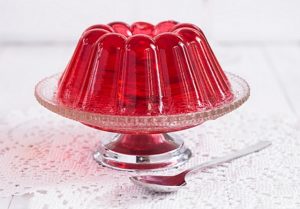