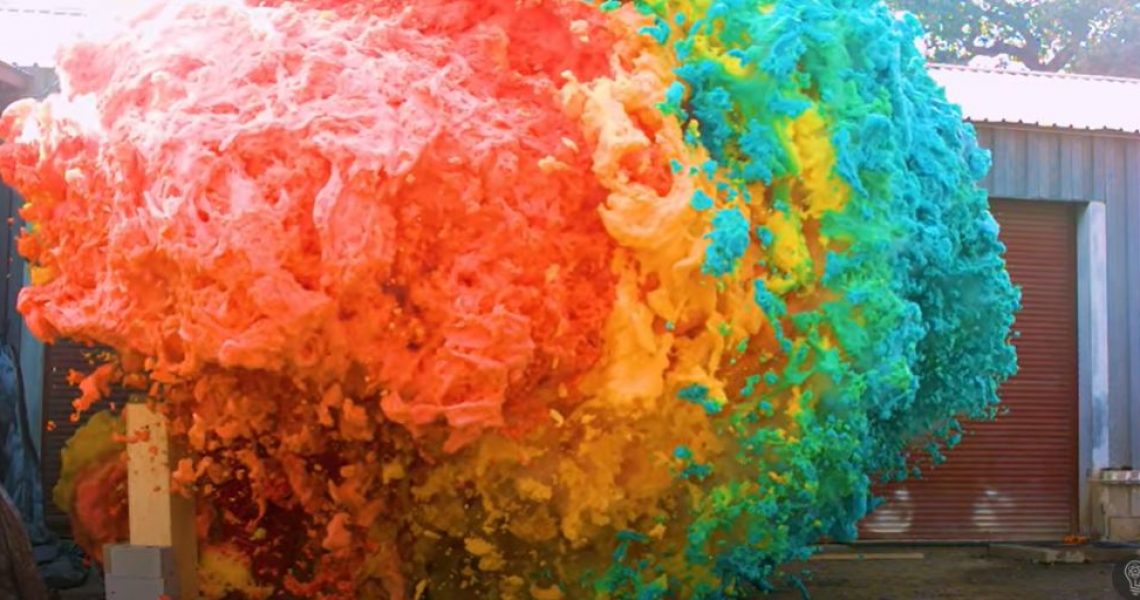 In the quest for a new world record for Elephant Toothpaste, Mark Rober discovers something new. Something he is calling Devil's Toothpaste.

Follow me as we travel back a little over a year ago to August 29th, 2019. Do you remember back that far, when COVID wasn’t even a blip on our radar? It was on that day, that intrepid Youtuber and former NASA engineer, Mark Rober broke the world record for the World’s Largest Elephant Toothpaste Experiment.

For lack of a better description, Elephant Toothpaste is foam. But not just any foam. It’s the volcano of foam that is produced when hydrogen peroxide and potassium iodide or yeast are combined. Sounds awesome, right? A mess to be sure, but a fun one at that. You can watch Mark break the record here.

I see a youth activity involving Elephant Toothpaste in my future somewhere.

They say records are meant to be broken, and this one held only for a short period of time. Not to be outdone, and using it as an opportunity to bring the birthday of a lifetime to one of his fans, Mark set out to break the record again. This time however, in the design of the experiment, he stumbled onto something new. Something explosive. Something he is calling Devil’s Toothpaste.

The Popularity of Science, or Maybe Mark?

Mark is a pretty popular guy, pulling in an impressive 13.8 million subscribers to his YouTube channel. That may not seem like a lot in the terms of YouTube viewership when you consider the top twenty YouTube channels pull in over 40 million, with the top capping at about 153 million. For Latter-day Saint influencers however , it’s pretty impressive.

In the context of Latter-day Saint YouTubers, Mark leads the pack with 13.8 subscribers, followed closely by Lindsey Stirling at 12.6 million. Then we have What’s Inside?, The Piano Guys, Devin Supertramp, and Cute Girl’s Hairstyles at 6.98 million, 6.8 million, 5.94 million and 5.66 million respectively.

One can chock up his popularity to his great experiments, or his likeable personality. Maybe it’s just that science is cool. Honestly though, Mark looks like the kind of guy you could sit down with and have an instant friendship with. I’ve also never worried about what my kids may see while watching his videos. At the beginning of the lockdown, Mark even did science classes for kids, to help occupy them and continue their learning. And while I have no proof to this, his pull has to go way beyond the Latter-day Saint community.

Back to The Devil’s Toothpaste

Mark’s quest to reclaim the title for World’s Largest Elephant Toothpaste experiment was largely in part to one of his fans, Fletcher. Fletcher’s battle with cancer led Mark to promise that should he make it to age 13, he’d throw him the “dopest” birthday party ever. And what better than to celebrate than the fly the family out to California to help Mark reclaim his title, but also to witness the awe inspiring power of Devil’s Toothpaste? To put it quite frankly, Mark didn’t disappoint.

More than one member of my family has exclaimed, “I wish I were Mark Rober’s friend, he does the coolest stuff.”

While we can’t all be best friends with Mark, we can still enjoy his educational and highly entertaining videos. I for one cannot wait to see what else he has in store. 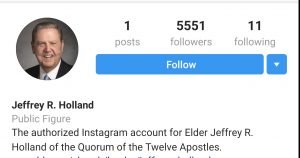 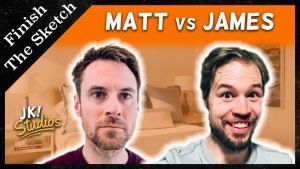