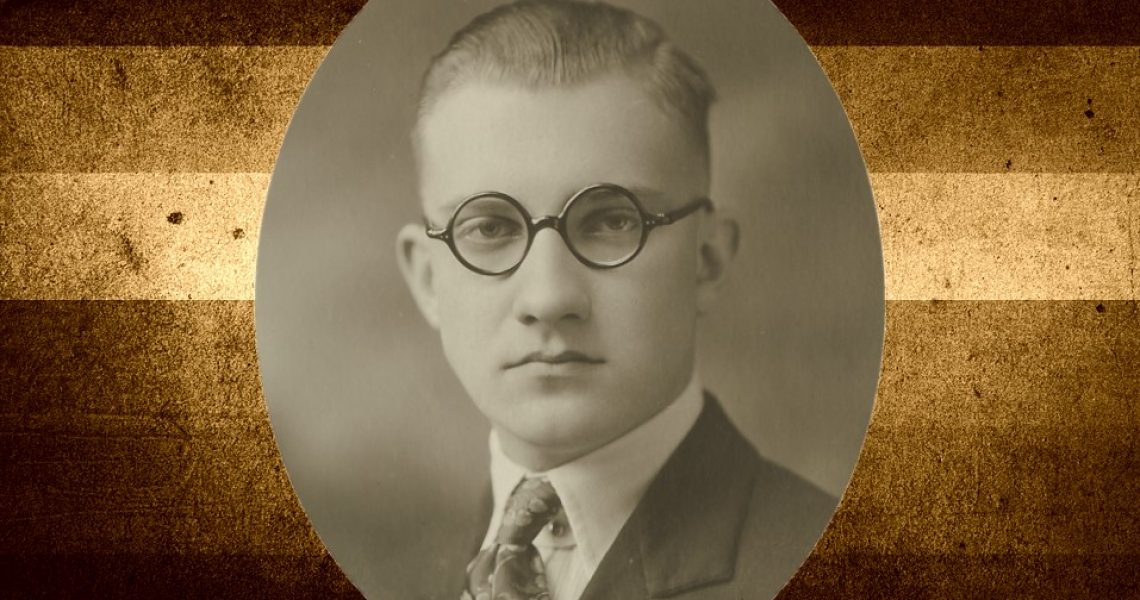 There was once a "Patriarch of the Church," and his reported homosexuality was less of an issue than you might think.

Although he was the son of an apostle and the grandson of a prophet, Joseph F. Smith II lived a quiet life as a university professor. It must have been a surprise, when he was called as the Patriarch to the Church of Jesus Christ of Latter-day Saints. A calling which he would hold for only four years. The facts of his life demonstrate the complexities of fulfilling a family legacy and guarding a secret. His son, Hyrum W. Smith summarized the life of is father with the council he received:

“The sorrows will outnumber the joys, but the joys will far outweigh the sorrows”

When Joseph Smith Jr. was alive, he bestowed a large amount of stature and authority into the office of Presiding Patriarch in the form of his father, Joseph Smith Sr. and later his brother, Hyrum Smith. When the Quorum of the Twelve Apostles took control of the church after the death of the Smith brothers, they initially struggled to find a suitable candidate to fill the office. The office of the patriarch had less and less influence in the church leadership during the nineteenth century. The lineal succession authority derived from the the Smith family often conflicted with the claims of authority from the Apostles.

When Joseph F. Smith became president of the church around the turn of the century, he restored many of the privileges to his brother, John Smith, who filled the office for several decades. Each of the presiding patriarchs were criticized by fellow church leaders for not magnifying their calling or for stepping out of their authority. The office was later passed on to John’s grandson, Hyrum G. Smith in 1912.

In 1932, the 52 year-old Hyrum G. Smith unexpectedly died.  Heber J. Grant was now president of the Church. The office of Presiding Patriarch sat vacant for close to a decade while President Grant disagreed with Quorum of the Twelve Apostles on who should fill the vacancy in the office.

Joseph F. “Joe” Smith II was born in 1899 in Salt Lake City, Utah to Ida Elizabeth Brown and apostle Hyrum Mack Smith. He was the grandson of church president Joseph F. Smith. He grew up in Salt Lake City and Liverpool, England while his father was president of the European Mission. From 1920 to 1922, he served as a missionary in Hawaii, later studying speech and drama at the University of Utah, from which he graduated in 1924. Smith later obtained a master’s degree from the University of Illinois while he also chaired the Illinois Theater Guild. He married Ruth Pingree in 1929 in the Salt Lake Temple.

The secretary of the patriarch described him as “robust, masculine, neat appearing, well dressed, and organized.” A former student described Joseph F. Smith II as meticulous in grooming, dandy in his dress, always precise in his presentation, a fine dramatic coach gentlemanly, a conscious speaker and enunciator, possessing a sense of the dramatic as well as possessing a softness about him.

At the time of the death of Presiding Patriarch, Hyrum G. Smith in 1932, the relationship between the office of presiding patriarch and church president Heber J. Grant had been strained. For a period of ten years, Heber J. Grant and the Quorum of the Twelve apostles disagreed on selecting a new patriarch.  The son of Patriarch Hyrum G. Smith, Eldred G. Smith was perceived by the Quorum and the general church membership as a shoe in for the calling. His father nearly ordained him as patriarch while on his deathbed.

President Grant’s refusal to budge was motivated from a desire to break the tradition of lineal succession in the calling and to remove its competing claim of authority with the Quorum of the Twelve that had been in place under church president Joseph F. Smith. The quorum of the Twelve were equally committed to retaining the patriarchal lineal tradition as they interpreted in the Doctrine and Covenants, but shared his concern with the ambiguous claims of authority from past patriarchs.

During a prolonged vacancy in the office, stake patriarch Nicholas G. Smith and Apostle George F. Richards fulfilled the responsibilities of the office. By 1942, Elder George F. Richards, proposed to Heber J. Grant that Joseph F. Smith II be called to the office. President Grant appeared to be persuaded by the fact he came from the line President Joseph F. Smith instead of the line Patriarch John Smith, whom President Grant had disliked over his failure to adhere to the Word of Wisdom. Neither president Grant nor all of the members of the twelve (in particular George Albert Smith and Joseph Fielding Smith) got everything that they wanted, but were satisfied by the compromise ten years in the making.

Joseph F. Smith II. was sustained as “Patriarch of the Church” (instead of the title of “Presiding Patriarch”) at General Conference on October 4, 1942. The new title stripped the office the duty of ordaining stake patriarchs, but still allowed space to council with them. Joseph F. Smith II would give encouragement to the stake patriarchs and send them birthday cards. He traveled with general authorities and was sustained in conference after the naming of the Quorum of the Twelve. During his time in office, the eminence that was once placed on the calling was greatly diminished. At the October 1944 conference he addressed this theological departure by explaining:

The life of Joseph F. Smith II took a U-turn in February 1946, when the father of a twenty-year-old, returned Navy serviceman, Byram Dow Browning, met with George Albert Smith. It is believed he reported that his son had an intimate relationship with patriarch Joseph F. Smith II.

The information was likely a surprise to all of the General Authorities. Based on information from later interviews with family members, while at student at the University of Utah, Joseph F. Smith II was in a long-term relationship with student named Norval Service before getting married to Ruth in 1929.

In March of 1946, Joseph F. Smith II addressed Brigham Young University and gave a message that focused on the follies of name-calling, allowing men to be free to develop their talents, respecting differences in human preferences, filling a life with intellectually enriching content, and choosing to preserve human freedom.

In April 1946, George Albert Smith met with the patriarch to discuss the accusations. That same day, the secretary to the patriarch was informed that Joseph F. Smith II would not give any more blessings; she was “flabbergasted” and never saw him again after that day. In the months that followed, George Albert Smith wrote in his journal about the discussions that took place with members of the First Presidency and Quorum of the Twelve. He used the phrases, “heartsick,” “bad situation,” “a pitiable case,” and “a sad happening”.

Apostle Joseph Fielding Smith wrote that the news “was of a nature which [he did] not feel at liberty or capable of discussion.” Joseph F. Smith II was homebound for several months in Centerville with what was reported to be trouble with his back, but he was likely dealing with debilitating depression. In September, President George Albert Smith met with Patriarch Smith, his wife Ruth, Byram Dow Browning, and his father. The discussion left little doubt as to the details of the situation.

In the October 1946 conference, David O. McKay read a letter penned by Joseph F. Smith II. He reported that he had been ill for many months and was too incapacitated to continue the responsibilities of his calling. He expressed a desire to return but also accepted the probability of his release. He was released formally on October 6, 1946, with David O. McKay noting it was done with much prayer and sympathy.

After being released from the calling, Joseph F Smith and his family relocated to Honolulu, Hawaii in 1947 and resumed a teaching career at the University of Hawaii teaching English and drama. No church disciplinary council was held, but local church leaders were instructed not to call him to any responsibilities or issue a temple recommend.

After 10 years his stake president wrote to Church President David O. McKay that he had appropriately confessed any wrongdoing. In 1957 at the petition of his bishop and wife, he was granted the ability to speak at his son’s missionary farewell. Months later, President McKay commented that because there was never any formal disfellowship, he did not oppose that he receive a calling. From 1958 until the time of his death he was high councilor in the Honolulu Stake with brief periods of release while he taught at universities around the U.S. and Canada.

Joseph F. Smith II died while visiting Salt Lake City on August 29, 1964 after suffering a heart attack the day after the wedding of his daughter. He was 65 years old. His funeral was held in a chapel adjacent to the University of Utah and the university named a gallery in the Lobby of Kingsbury Hall in his name.

The time that Joseph F. Smith II served as Patriarch to the Church was defined by the declining role and lost legacy of the office of Presiding Patriarch. His story is also an early example of how church leaders reacted to issues of homosexuality in the mid-twentieth century. The case of Joseph F. Smith II may have placed the topic of homosexuality closer to the minds of the general authorities that were coming of age in the church during the mid 20th century 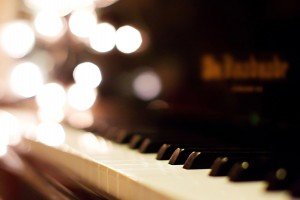 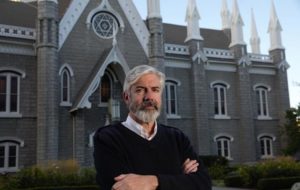 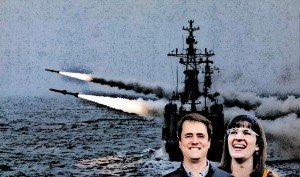