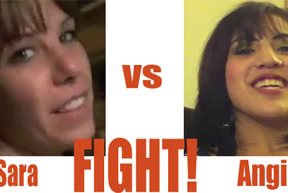 Geoff: BIG win on the Peruvian food. That’s some of the best Latin American fare out there. While watching this I decided I needed to go to the restaurant they visited, and then I realized I just moved to DC and can’t go to Pasadena on a whim. Dangit!
Al: agreed on the food choice, not a bad date. These women do good planning work.

G: I’m super bored watching this.
A: Geoff how do you not love montages, this is awesome

G: Inka Cola is SO good.

G: I love that there’s clearly an entire family hanging out in this apartment while Rick and Angie awkwardly mess around in the kitchen.
A: props for flight of the conchords soundtrack

G: Dear editors: In your attempt to use what I’m sure you think is “Latin” music… the song is in French, for goodness’ sake (In case the repetitive use of “ça va” and “voilà” weren’t giveaways).
A: Dear Geoff: Crepes are clearly french, as is the flight of the conchords song. also there is a beam in your eye

G: Rick doesn’t do the best job on the dates or in his recaps explaining who these women are. Aubrey was smart to always paint a picture of who each Bachelor was – age, profession, likes/dislikes, etc. I honestly have no idea who any of these women are beyond the usual throwaway adjectives used by Rick – “Great person,” “cool,” “cute,” etc. Seriously, dude, give me more than that. The only reason Angie even sticks out in my mind is the Peruvian thing.
A: I’ll give you that, but a kitchen dancer, who doesn’t love that? And did you notice how red Ricks face got?

That, and she’s insanely short.

G: On that same note, look at Rick’s recap synopsis. He learned that Angie, “…is going to school to do something in the criminal justice department.” Way to really try to connect with someone, Buckman (Stop spelling it as “bukkman,” Al).

G: Watch the recap video at the MoBach site. Here we go again – She has a “fun-loving personality.” Euphemisms galore on The Mormon Bachelor!

G: Alright, before the video even gets going, you just HAVE to read the first paragraph in Rick’s recap. Ahem: “There is nothing more annoying than someone that goes on and on about how great they are. What I liked about my date with Sara Olds is that she has that concept down pat.” Awesome!

G: Yay. Disneyland on a date. Hard to go wrong since the entertainment provides itself, but it’s also so cliché for SoCal.
A: You are so snooty, you love disney dates. You can’t win with you

G: Take it from a pro, spending a day being inundated with Disneyland trivia is a bad thing. And I speak as the violator, not the recipient. I have lost many a woman because of my enthusiasm for the place. Be warned, Young Buck!
A: Guilty.

G: OK, the Club 33 thing is pretty strong. But in watching this, I think Rick’s enthusiasm is more for being able to see more exclusive stuff at Disneyland than excitement about whom he’s with.

G: So again, the theme park dates don’t inherently lend themselves to great videos of discussion and exchange, which is frustrating. I mean do even really hear Sara’s voice at all during the date? Nope, because we have that infernal music blasting over all of it.

G: I wish I could say more about Sara, but beyond her finite knowledge of Disneyland and apparent love for her father (Read the post at MoBach), I know nothing about her. Zilch.
A: Why does she have an infinite knowledge of dinseyland? Where is this hatred coming from.

G: The sad thing is, one has to watch the recap video to get a feel for Sara’s personality, and she actually seems pretty cool and honest.
A: I love her. I want to marry her. Just to spite you.

G: I choose Sara, if only because she’s driving a Lexus. It’s getting increasingly difficult to make calls on these dates, since most of them lack and real content.
A: I choose Angie, if for nothing more than the kitchen dancing. 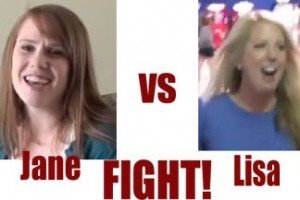 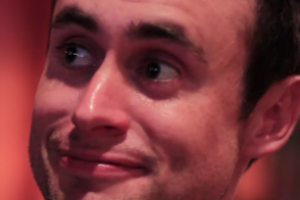 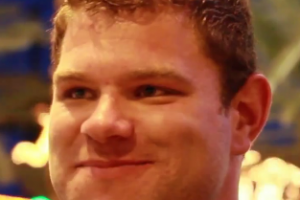