MoBach Round 2 Throwdown #3 – Jane vs. Melanie 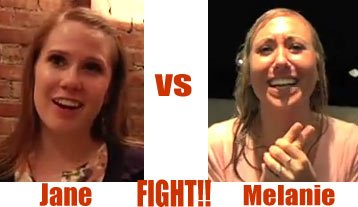 Geoff: Sheesh. I guess rent caps are benefiting someone, Jane. Nice abode.
Al: I think Jane is in the north of Manhattan, the rent is cheaper above 85th see

G: They liiiike each other. You can just tell.
A: LOOOOVE!

G: Times Square is kinda cliché, but Rick’s never been to NY, so who the heck cares?
A: Time square is great, it’s just a fun place to go and feel like you’re in the city. It’s not the true “New York” but it’s very busy city feeling.

G: I think this is Rick’s first time using public transit since he disavowed BART in San Francisco.
A: What’s wrong with the BART?

G: Holy romance, dude. The song, the slow-mo. Lens flares. Gnomeo and Juliet. It doesn’t get any better.
A: over the top? I guess it is date two, who is to say

G: Also, I love that Rick went all the way to NY to have Mexican food. Joyous irony.
A: As an aside, mexican food in NYC is pathetic. He should have just got a whole pizza for 6 bucks. Now thats NY!

G: Lincoln Center looks awesome in the rain. I would say dampness or moistness, but people regard those as dirty words.
A: Why does one go to the Lincoln Center at all, there is nothing but dampness to be had there.

G: Haha, “this opera place…” TMB has truly shown me how classy Rick is.
A: I love that the clouds clearing was such “a sign” sometimes I think we see what we want to see 😛

G: If he doesn’t pick Jane, he is a major a**. There was so much romance and wonderment during this date that I almost cried. And I don’t cry easily. The last time was during the most recent Harry Potter film.
A: Wait are you serious? You cried during Harry Potter? I think so much less of you.

G: This sure started abruptly. No intro. Is she just living with him?
A: Rick needs a woman to take care of him

G: This is friggin’ weird.
A: You don’t often cut to the shower scene within the first minute of a date?

G: Nice way to get your mack in, Rick.
A: Dude, that guy is a kissing machine, I don’t think he’s found enough lip satisfaction among all 8 women, this will be trouble when he has to pick. Dimes to donuts say he just asks all 8 women to keep making out with him.

G: Something tells me Al is enjoying this more than I am.

G: I wonder if the MoBach people realize how many times they could be sued for intellectual property violations throughout this season?
A: Pillow fighting has never been enunciated so well.

G: Joyous sacrilege.
A: Speak to me in tongues baby…

A: The whole no phone call after the mission, happens all the time. I’ve seen it myself.

G: Alright, this is amusing, but basically a complete waste of time. Rick’s clearly found his fulfilling relationship with Jane so now he’s just enjoying the opportunity to jack around and be on camera. Prima donnas.
A: Melanie is not an actress, nor Ruck (Rick Bucks screen name), but gees

A: Did rick sponsor his own date … that cost nothing? He picks the one date that costs nothing to run his ad? Buyer beware, that’s all I’m sayin.

G: Since it was acting, it’s impossible to comment on any real connection. Great synopsis from Rick, though: “At the end of the date my place was a mess from so many wardrobe changes. As if I wasn’t impressed enough Melanie just started cleaning it all up and throwing all the wet clothes in the drier. Who is this girl?” She is the maternal slave you seek, good sir.
A: “One of my favorite things about girls is when they know how to socialize. On both our dates Mel made good friends with the camera people.” This proves she is a winner, Rick with criteria like this, I’m amazed you’re still single.

Geoff: Jane, all the way. She’s won the entire thing. And if she doesn’t, Rick, you, sir, are a villain of a man to toy with a poor girl’s emotions that much. We do not kiss romantically atop 30 Rock while Jay Z plays for no reason, mister!
Al: I agree, Jane should get the prize. Melanie does seem to be an enternaining date though. If she keeps jumping into showers with boys on dates, she’s gonna run into trouble though. – words to live by. 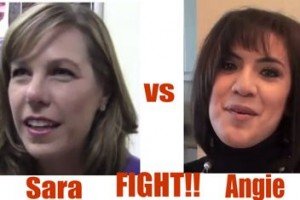 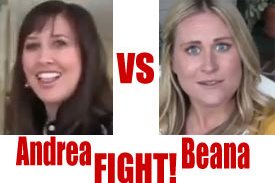 MoBach Round 2 Throwdown #2 – Andrea vs. Beana 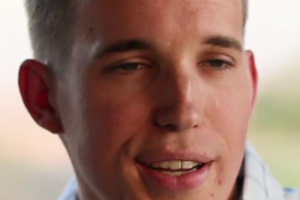 PrevPreviousMoBach Round 2 Throwdown #2 – Andrea vs. Beana
NextCan It Finally Be Over? Is Rick Buck In Love?Next