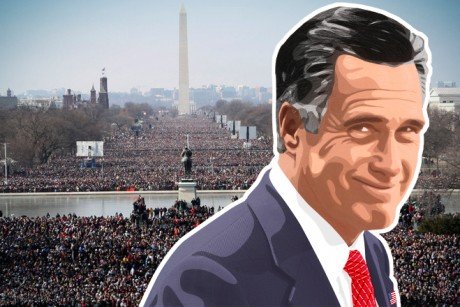 Can an LDS President even be active in the Church? 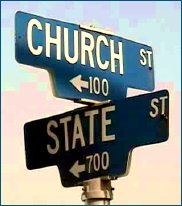 Ah, the smell of politics. I love it. Fewer things bring me more joy than a new election season getting underway. Mitt Romney might have recently tried to evade questions about his Mormonism, but in the end, being Mormon is something that cannot be downplayed, especially not if or when Romney takes higher office.

I want to talk about what would happen if Mitt Romney were elected President. I’m not talking about policy issues, Bible Belt pandering, a Mormon foreign policy, or anything like that. I’m strictly talking about what electing an active Mormon to the highest office in the United States means for his or her ability to actually participate actively in church. Mormonism is much different from most other faiths in terms of what it requires of its adherents on a daily basis, and electing one to the White House would seemingly come with a whole slew of complications.

The first thing that comes to mind is regular Sunday attendance. Most sources say that Mitt Romney is a TBM, and since we’re not so sure about that Jon Huntsman fella, let’s focus on the real TBM. Regardless, how on earth would the President of the United States mosey up to the Friendship Heights DC stake center every Sunday for services? Would it even be possible? I remember when Dick Cheney spoke at BYU’s graduation in 2007. Attendees were required to arrive two hours in advance. Everyone had to go through security screening. This was for Dick Cheney. The Vice President. At a largely Republican university. In Utah.

So then what of the actual Presidency? And in communist DC to boot? Ronald Reagan was a church-going fella throughout his public life, even as Governor of California; but the Presidency ruined that for him. He tried to attend church services at first, but it was too much of a security issue to bear, so he and Nancy eventually stopped attending Sunday services.

I don’t see how Mitt could actually go to church. There’s no way to secure a church building each week and screen everyone there. It would be both disruptive to the meetings and way too much of a security hassle for the President’s men and those in the local congregation.

But it’s still fun to imagine. Picture the poor Elders quorum teacher who has the gall to point at Mr. President during a lesson, only to be tackled by Secret Servicemen, or the bomb dogs that are forced to sniff the sacrament bread and water. The possibilities are endless.

Then how do we bridge the gap? Security-cleared local deacons going to the White House to give the Romneys the sacrament every Sunday? The DC stake actually dedicating a portion of the White House as a legit meetinghouse for the Romneys and any associates? That wouldn’t work – state property being reserved for the use of a specific religion. Just imagine the poor teachers who try to knock on the White House for fast offerings.

Do you think Mitt would have a calling? I think this is one case where the Church would let it slide. I’ve heard stories about Harry Reid teaching gospel doctrine, and he even has security with him most of the time, but the responsibilities of the Presidency are an entirely different beast. Still, I like to imagine Brother Romney teaching irritating eleven-year-olds, trying to use economic parables to get his point across.

Even without a calling or the ability to attend church regularly, I really wish Mitt would still be asked to home teach. It would set an example for priesthood holders that no one is “too busy” to fulfill his calling. If President Romney has time to visit a family in Adams-Morgan, surely we lowly peasants can muster some quality time with our assigned families. Regardless, if you want to talk about a defining characteristic of a presidency, how about one centered on the importance of serving others?

And now we arrive at the temple. I like to think an LDS president would crave the guidance and peace that the temple brings more than most other people, yet being able to attend comes with a number of complications. Just think about it. Either Romney’s bodyguards would need to be LDS and basically do temple work with him, or the temple would actually need to be secured and patrolled. Just imagine seeing Secret Service guys milling about the grounds of the DC Temple! Or better yet, LDS Secret Service guys inside the temple…armed. Firearms in the temple? Not likely.

I think there is an easier option with regards to the temple. All too often the hoopla surrounding the President’s travel and itinerary seem to put him at greater risk than if he were to just sneak around incognito. If Romney were to roll into the temple grounds of DC unannounced, there wouldn’t be anyone expecting him and he could probably go about his business with minimal interference. Obviously, I am not privy to the ins and outs and harsh realities of Presidential security, but I think I’m onto something here.

What other issues do you see arising in terms of Church activity for an LDS President? Would electing the ecumenically ambiguous Jon Huntsman be easier in the long run? Do we as a church welcome the scrutiny and increased exposure that would come to our meetings from having a Mormon President? Are you less inclined to vote for someone who is LDS not because of his or her beliefs, but because of the security nightmare it could potentially represent?

Personally, I love the thought of an actively LDS  President somehow managing to stay involved in his or her ward and stake. I don’t look to LDS politicians as spiritual examples, but it would be hard to ignore the powerful message someone as busy as the President could send to the Saints through trying to maintain a similar degree of activity as that of other active members.

Mitt, you should address this. Forget the economy. I want to know what your plan is to somehow juggle ward clerk and President. 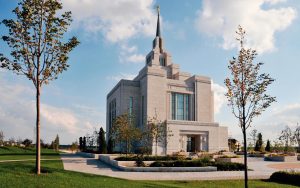 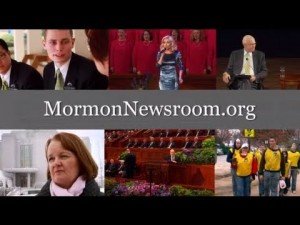