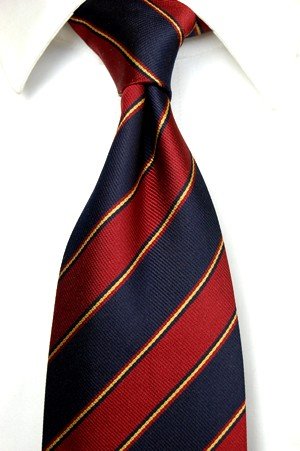 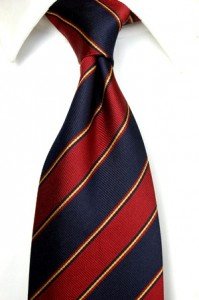 AND KEEP TRACK OF TIE FASHION!

Refresh this page regularly to see live updates of the trends in neckware using the marvelous General Conference Tie-Tracker by This Week in Mormons.

Well, it’s over, folks. We finally saw someone with the gumption to wear yellow, but as the numbers attest, yellow did not do well this year. Most speakers in the session played it safe, though the first appearances of solid ties with polka dots transpired. We classify these as “patterned.”

All in all, what a joyous tie-tracking General Conference for all of us. Blue eked out a victory over Red, which won in April. Purple was much stronger in April but made a weak appearance in this Conference.

However, it is Orange and Brown that suffered the most. This is the equivalent of Premier League soccer – they failed and might need to be demoted to a lesser league. Will we save Orange? Will we create more individual style categories? Your input is vital! Find out in six months as we convene for the 183rd Annual General Conference!

Also, hope you enjoyed the talks and stuff. Cause, you know, we like the gospel.

Did you see the paisley rocked by President Monson? The man has no fear! Elder Holland also represented with a blue, subtly-patterned tie that bordered on metallic. Also of note, President Eyring’s interesting choice (red, with small little somethings spaced around it), and Elder Packer – solid, hardcore Aggie blue.

Overall numbers don’t lie – for this conference, blue and stripes are slaying everyone else. Last conference, the only love yellow and orange even had were because of the Silver Fox (President Uchtdorf). Will he bring his eurocentric styles in the final General Conference session? Tune in!

Most was quiet on the Priesthood front, just a wide assortment of stripes and businesslike seriousness, except for President Uchtdorf’s obligatory story about planes.

The L Train brings some mean violet colors to the proceedings, and Elder Ballard is rocking some profound periwinkle. It appears the Brethren have been taking advantage of City Creek’s offerings.

Larry Echo Hawk plays it safe. The latter end of the session has been a big stripe-fest. E. Oaks closed out the session with a vintage 80s striped red beauty.

The first session was strong. Patterns and stripes are thrashing the competition, though of particular note is that many of the ties have a few dominant colors. President Monson’s tie was mostly blue, but some could call it brown. We’ll leave that to you to decide. 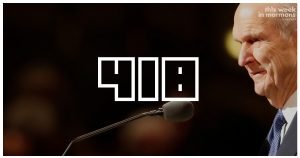 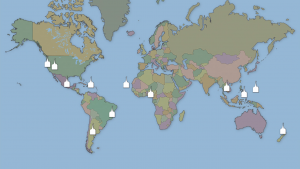 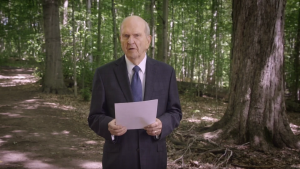