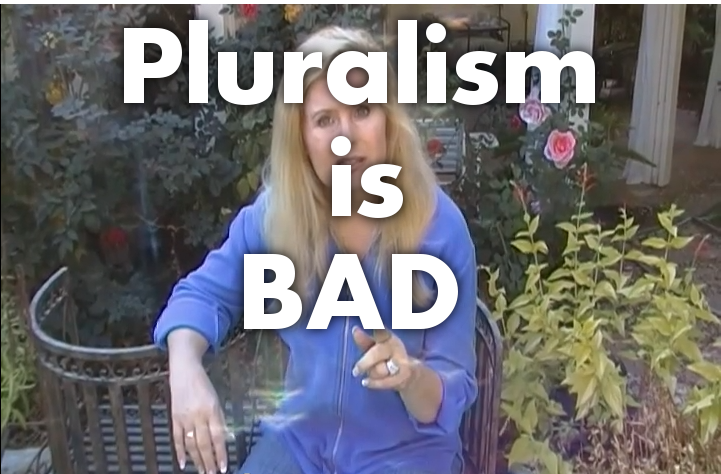 Hi, Joni Hilton. I'm a liberal Mormon and I actually totally love the Church and live by the teachings of the Gospel. I take issue with your recent article.

Just because I’m a liberal doesn’t make me a faithless, lazy member of the Church

Oh boy, Joni Hilton. Where do we start? Put down your fry sauce and listen to me for a few seconds. This sad, erroneous, misguided piece of drivel that you recently wrote in Meridian Magazine (article has been “temporarily” pulled – link is to an archived version) is way off the mark, even teetering on getting all Rameumpton on us.

First off, I fancy myself a liberal Mormon, but not in the way you describe. You, in your myopic view, assume that liberal=faithless and lazy. Such is not the case. The biggest problem here is that you lead off haphazardly describing basic tenets of classic liberalism, which really have nothing to do with the rest of your argument about so-called “Jack Mormons” (Utah jargon, ftw!)

Then we swing into the fact that liberal people have, um, been to Europe and let others know it? I served my mission in Europe and I talk about my mission. Therefore mission+sharing=faithless liberalness? And I’ll have you know I also went to grad school in Europe. Yes, GRAD SCHOOL – that bastion of snooty pretentiousness. It was glorious and I had one of the best experiences of my life.

Also, Ukraine is in Europe, and I lived there for a bit, but it’s not the Europe you envision at all, methinks, because it’s full of poverty and corruption. But before I get off on a geopolitical wonky tangent that isn’t necessary for this discussion, let me just say that being well-traveled, well-read, or just open to experiencing the world around us has very little to do with our own personal righteousness. Do our own Church leaders not quote the great thinkers and artists of our day? Where do you think most of that came from? Tooele? (No offense to that wonder, wonderful place.)

I, a liberal Mormon, am not slippery. I join with you in the general appreciation for living the gospel as it is taught to us. I don’t think that most of it is open to my personal interpretation or ideas. I’m well aware of the areas in which I might struggle to toe the line, but I don’t pretend that I’m not attempting to improve and grow. I don’t just pick and choose what I want to obey. I don’t fashion the gospel to what I want because it’s not about what I want. It’s about what the Lord wants for me.

That said, for many of my brothers and sisters, the road to exaltation isn’t as simple as the natural-born perfection that you, Sister Hilton, must surely have already attained.

Your words call to mind Alma 31:

Are you more holy than me? Are you more holy than those who struggle with any number of addictions or frailties? I agree that we  need to follow prophetic counsel. We get it for a reason. We don’t exist to rationalize our way to salvation. That completely misses the point of mortality. This life exists to align our will with that of the Father. That is the course of the Divine.

Will there be many unwilling to compromise or give things up, picking and choosing what to obey and what not to as they go? Surely there will be, but finger-pointing isn’t exactly the way to bring those people back into the fold or help them see the error of their ways. And I would argue that it’s better to have these friends of ours in the fold than out of it. Seriously did you completely miss President Uchtdorf’s recent General Conference address? He said, “there is room enough for all.” That doesn’t mean, “There is room for all of you to interpret the gospel as you like.” It meant, “Hey! We love all of you! We know you’re all in different places on your path of discipleship, but you’re better in here than you are out there, so stick with us! Let’s ride it out together!” It appears that you would simply say, “Find another Church.” There is no other Church!

What you have written is far more harmful than powerful. While you accuse others of drawing their own lines in the sand, you choose to draw an uncrossable chasm for those who doubt and perhaps struggle to work through things.

Again, let me be clear – I believe the standard is before us; and that standard is not our own to dictate. Heavenly Father knows way more than I will ever pretend to understand, and I have to trust in that.

So what does it mean for me to be a liberal Mormon? It means that, perhaps, I don’t always agree with mixing up the Church with civic affairs. It means I was openly uncomfortable with our involvement in Proposition 8 in California, and not because I’m afraid to stand up for righteousness, but because we didn’t stop to think about the harm we would do to our gay and lesbian brothers and sisters in the process. Do you think the anti-gay rhetoric has cooled for any reason other than the fact that we learned some valuable lessons? And perhaps that’s what the Lord needed us to do at the time to get wherever we are going.

I’m also not really in favor of censorship. Does that mean I watch R-rated movies and own stock in some of the San Fernando Valley’s, erm, “finest” movie production houses? No. But I’m not perfect with media consumption and neither are you. I learn and I change with time. And I fully believe that I am better off avoiding inappropriate material.

I also drink caffeinated soda. Sorry. I just do. I imagine in your Pharisaical quest, you would decry that, but, um, I’m not addicted to it (I’m not an addict! It’s cool! I feel alive!), and the Church has clarified its position that such stuff is A-OK, so long as it doesn’t take over my ability to think for myself (you know, like drugs).

Did you know that as a liberal Mormon I actually appreciate modesty in women? Yep, I totally love it. Cover it up, ladies, but not because of the supposed effect it might have on me, but because you respect your body as the sacred vessel it is, and you aren’t out to flaunt it or bend to society’s whims. I’m so glad that this is a principle which my wife appreciates. I love that about her.

Oh, also, I don’t dodge Gospel Doctrine class. In fact, I host a podcast aimed at making Gospel Doctrine better for people. Even if the lesson is lackluster, Gospel Doctrine is great, and we’re all better off preparing for it and taking part. And through the honest efforts of so-called “liberal” Mormons to attend class and participate, we can avoid the one-sided view of the Church that you espouse.

I am not playing into Satan’s hands. I hardly feel proud and superior. I’m just a dude with a left-of-center bent on some things, which has nothing to do with my personal discipleship. I strive to read my scriptures every day. Do I miss it sometimes? Yep. Do you? Yep. I love the temple. I go every three weeks inasmuch as I’m able. I do my home teaching. I’m a huge believer in that program, for my charge is to fellowship and look out for others. And that is a sacred duty for which I am immensely grateful. Invariably, I still trundle along, trying to improve, just as I hope all of us are.

I will not be ordering your Christmas book, because it probably says something along the lines of “Only perfect children who have never messed up deserve candy/gifts,” but I might watch your YouTube channel because I’ve been watching “Kittens Inspired by Kittens” for years and I really need more entertainment in my life.

Sister Hilton, I implore you to retract your reactionary, short-sighted comments and realize that there is, indeed, room for all. Is it worth it to you, in your quest to purge the inner vessel, to stand atop Rameumptom, casting stones? I hope that my stances are clear. I am a liberal Mormon, but that does not make me a lazy bum.

We shouldn’t live in the so-called “gray area,” but refusing to acknowledge it or work through doubts and fears is more dangerous than the homogeneous Church you envision.

All the best! See you at Stadium of Fire! 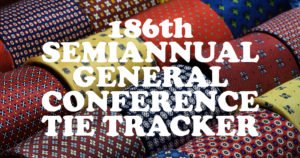 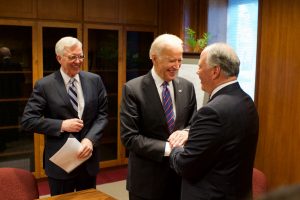 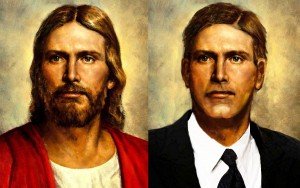 PrevPreviousEpisode #195 – The Sisterhood of the Traveling Church Pants
NextEpisode #196 – Marriage Isn’t for You, It’s for MeNext