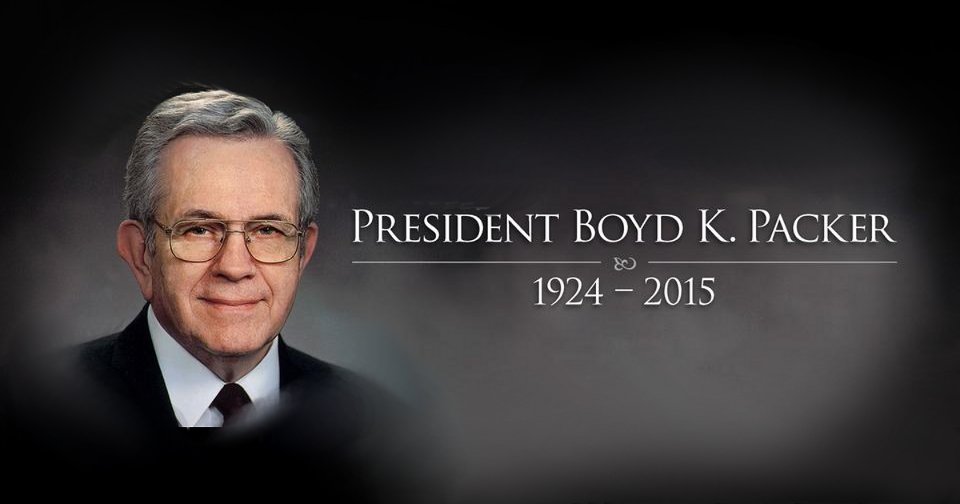 Roughly a month after the passing of Elder L. Tom Perry, President Boyd K. Packer of the Quorum of the Twelve Apostles has passed away at the age of 90.

The Church of Jesus Christ of Latter-day Saints has announced that President Boyd K. Packer, president of the Quorum of the Twelve Apostles, died on Friday, 3 July 2015, at 2 PM MDT. President Packer was 90 years old.

We’ve all seen President Packer’s health decline significantly over the past few years, though there’s been little public discussion of his ailments. Still, he soldiered on conference after conference delivering potent discourses on discipleship.

Because we can hardly eulogize the man in a manner befitting his office, we’ll leave it to the Mormon Newsroom:

For decades, President Packer declared the gospel of Jesus Christ and played a critical role in the growth and development of the global Church, which now numbers more than 15 million members.

“The lessons that he’s taught are long in the hearts of people and in their minds,” said Elder Allan Packer, President Packer’s son and a member of the Quorum of the Seventy.

President Packer served on a committee with other Church leaders and scriptural scholars that produced new editions of the LDS scriptures in 1979 and 1981. The new editions featured study aids and formats that would significantly improve Church members’ ability to study the scriptures. Of the project, President Packer said, “With the passing of years, these scriptures will produce successive generations of faithful Christians who know the Lord Jesus Christ and are disposed to obey His will.” He continued, “These references from the four volumes of scripture constitute the most comprehensive compilation of scriptural information on the mission and teachings of the Lord Jesus Christ that has ever been assembled in the history of the world.”

“President Packer always felt that if we could read the words of the Lord we would be far better off and much safer than speculating with our own ideas,” Elder Ballard said. “It was not unusual for him to say, ‘Brethren, let me read to you.’ And then he would turn to a very important scripture in the standard works and let us listen to what the Lord had to say. And we all learned at his feet.”

At the Church’s April 2014 general conference, President Packer declared, “After all the years that I have lived and taught and served, after the millions of miles I have traveled around the world, with all that I have experienced, there is one great truth that I would share. That is my witness of the Savior Jesus Christ.”

President Packer was born September 10, 1924, in Brigham City, Utah. He was a United States bomber pilot during World War II in the Pacific Theater. An educator by profession, President Packer’s career included service as supervisor of seminaries and institutes of religion for the Church and as a member of the administrative council of Brigham Young University.
President Packer studied at Weber Junior College and subsequently received his bachelor of science and master of science degrees from Utah State University. He received a doctorate in educational administration from Brigham Young University.

President Packer was also known as a fearless defender of the gospel of Jesus Christ and spoke boldly about the teachings and doctrine of the Church. “He had a deep testimony of the gospel, an inherent love of the Savior, of the people themselves, and wanted to share with them that which was important,” Elder Allan Packer said. “So I think he, when he knew those things, felt a responsibility to communicate and to share and to teach.”

He authored many books during his lifetime and was also an accomplished artist.

Despite the heavy load of his Church positions, family was the priority for President Packer. His son Allan recently said his father made himself available in the home to take advantage of every opportunity to teach. “He’s still a father, and that’s his number-one priority.” He is survived by his wife, Donna, and their 10 children.

President Packer was a straight shooter, and he often kept his sermons to basic building block-type topics, to the chagrin of some and the delight of many. His wise and seasoned counsel will be missed.

With the recent passing of Elder L. Tom Perry, Elder Russell M. Nelson is in line to become president of the Twelve and next in line to the hot seat whenever President Monson ends his mortal ministry.

For the curious, after Elder Nelson are Elder Oaks, Elder Ballard, Elder Scott, and Elder Hales before reaching a slightly younger level of apostles with Elder Holland. 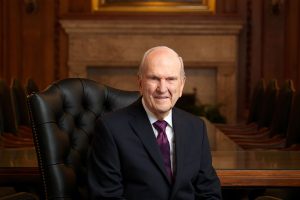 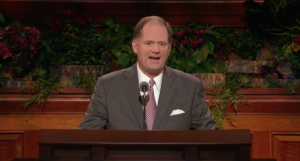 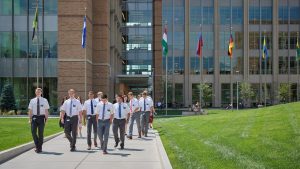