Comcast Will Air That Anti-Mormon Ad After All

The go-ahead comes after the ad's creator agreed to a few changes.

A few weeks ago Fred Karger received some bad news. Mr. Karger has been on a quest to strip The Church of Jesus Christ of Latter-day Saints of its tax-exempt status over allegations that it is anti-gay and operates in a for-profit capacity. Part of the Kargerquest is a television ad called “Mormon Tips,” in which Karger and other disaffected or former Mormons encourage insiders to send salacious information about the Church’s dealings to Karger’s group, Rights Equal Rights. However, Karger ran into a big Kabletown-sized barricade when Comcast, the largest cable provider in the country, refused to air the ad.

However, it appears Comcast and Karger have come to terms. The Philadelphia-based Triple Play monster will air the spot, but after a some modification. Most noteworthy is that in the original ad (below), Karger says flatly that the LDS Church has $1 trillion in assets. Although we live in the alternative fact era, Comcast understandably was not comfortable airing an ad with an unverifiable allegation, so Karger has to reshoot a portion of the ad to make clear that he’s only speculating about the Church’s assets.


As for the rest of the poorly shot ad that appears to be low resolution by nature even when played at 720p, the veracity of the content presented is dubious. Karger offers for your consideration, the City Creek Mall, the “Theme Park in Hawaii” known as the Polynesian Cultural Center, and luxury apartments, all of which are part of the for-profit Deseret Holdings, and on which the Church pays taxes.

Moreover, Karger also presents the fact that the Church will not ordain women as a violation on par with denying civil rights. Gay rights are one thing, but there is no US mandate to require female clergy in a church.

Karger also says flatly that there is “rampant sexual abuse” in the Church. And while sexual abuse is an unfortunate reality even in the LDS Church, Karger says this with no means of authenticating his allegations.

In the end, the ad is about getting people to send in tips so that Karger can prove the Church engages in tax fraud. So this video itself isn’t saying, “We have the smoking gun and we need you to help!” It’s saying, “If any of you happen to find a smoking gun somewhere, please let us know.”

Anyway, Karger says he has now substantiated some of his claims based on public record, and that’s good enough for Comcast. You can enjoy the TV spot shortly before going back to the edifying Monday night ritual of The Bachelor. 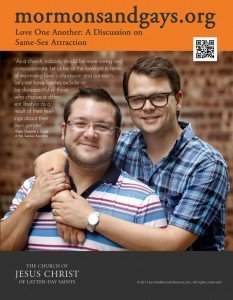 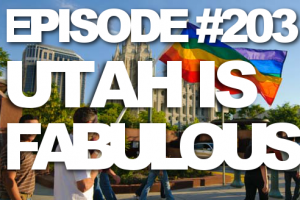 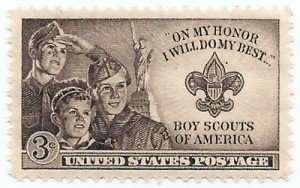 PrevPreviousStairway to Mormonism: A Review of Shaun Micallef’s Latest Spiritual Journey
NextChurch History Lesson 5: “This Is the Spirit of Revelation”Next