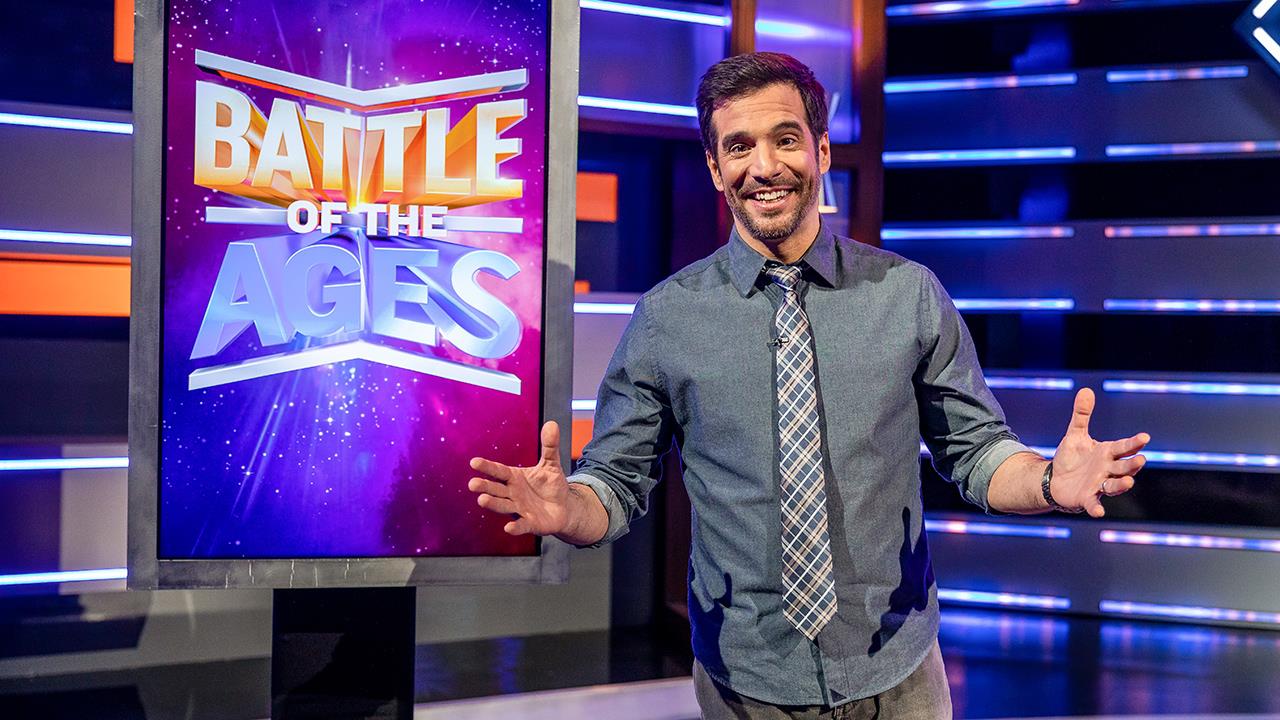 If you're into friendly competition, trivia, and cornball humor, “Battle of the Ages” is right up your alley.

BYUtv is on a mission to diversify its content, and the network clearly knows that adding a funny game show for families will fill a niche. Enter Battle of the Ages, wherein two teams of three-generation families battle head to head in a trivia competition with questions spanning decades, hence the value in having multi-generational families participate.

JD Roberto (sadly, not kids game show veteran J.D. Roth), known for his Emmy-nominated stint as the host of Daily Burn 365, a fitness program, hosts the competition. Roberto also succeeded Pat Finn on the long-running classic game show, Shop ’til You Drop for a few seasons.

The program follows a format common to trivia shows: A few rounds of trivia employing different structures, and a final round where the victorious team gets a stab at the big prize. This one involves some serious coin, too, with a $10,000 prize for the winners, but only if a team can answer every question correctly in the final round.

The Sanchez Family – Grace, Nephi (what a great Mormon, er… Latter-day Saint, errr BYUtv-isn’t-catering-only-to-Mormons name….) I wonder if he was born to goodly parents? And of course we can’t forget about the matron of the family, Joan, who owns a trucking company.

The Perkey Family  – Thomas, Toriann and Grandpa Scott. Before the game even starts we get a sample of Thomas’ dance moves as he teaches JD and Grandpa Scott how to pirouette. I think if I tried to do a pirouette I’d probably pull something and be out of work for a while.

Round 1 has a Family Feud style to it, as each generation goes head to head at the buzzer to answer a different trivia question. The first questions came from a guy named Stanley Streamer, who was jokingly introduced as live from his mother’s basement. The contestants had to guess which video game he was giving clues about.

The second questions came from the game “What’s that noise?” and was presented by DJ Patty P. I have to stop here and say, that DJ Patty P was a bit over the top in her presentation. It felt very out of touch and hokey. I mean, she definitly is no Kaskade. (See the Studio C video below for Latter-day Saint DJ, Kaskade.)

The last set of questions came from a game called “Flyover”, where the contestants had to guess which state was being described.

At the end of Round 1, the Sanchez came away with 300 points and the Perkey family managed to get 100 points. Perk up, Perkeys.

In round two, the teams had to bid to see how many products they could identify by decade. Once a team thought they couldn’t go any higher on the bids, they could challenge the other team to prove it. Which the Perkey family did outstandingly, earning them a whopping 250 points.

Round 3 brought the game, “Tag Me in That.” Contestants were shown photos of two celebrities and they had to match a series of facts with the correct photo. The two celebrities chosen were none other than Dwayne “The Rock” Johnson, and Clint Eastwood. Hopefully they were feeling lucky! We even learned that The Rock is afraid of spiders. Seriously? At the end of Round three, the score was 900 points for the Sanchez family and 850 for the Perkey family, which meant the Sanchez family moved into the final round.

In the final round the family was given two events per decade and they had to correctly decide which event actually happened in that decade. It was a mad dash to get 7 correct answers in 60 seconds. Unfortunately the Sanchez family was only able to get 3 out of 7 correct. On the bright side, they came away with $3000 more dollars than they came in with. So that’s pretty awesome.

In the end, while I enjoyed the show, I felt like something was lacking. The pacing was too quick and it felt like the producers were trying to throw way too much in every segment, rather than let each round breath on its own. It didn’t have as much trivia as say, Jeopardy, but it was still fun to try and probe my own memory banks for answers. This is worth the watch if you love trivia and you don’t mind some pretty corny humor.

But please BYUtv, don’t bring back DJ Patty P, I don’t think I could handle that again.

Battle of the Ages airs Wednesdays at 5:30 PM. Because families are totally watching TV at 5:30 PM and not trying to have dinner before mutual. 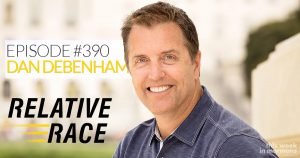 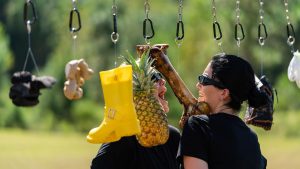