The Convert Files: The Fire of Conversion 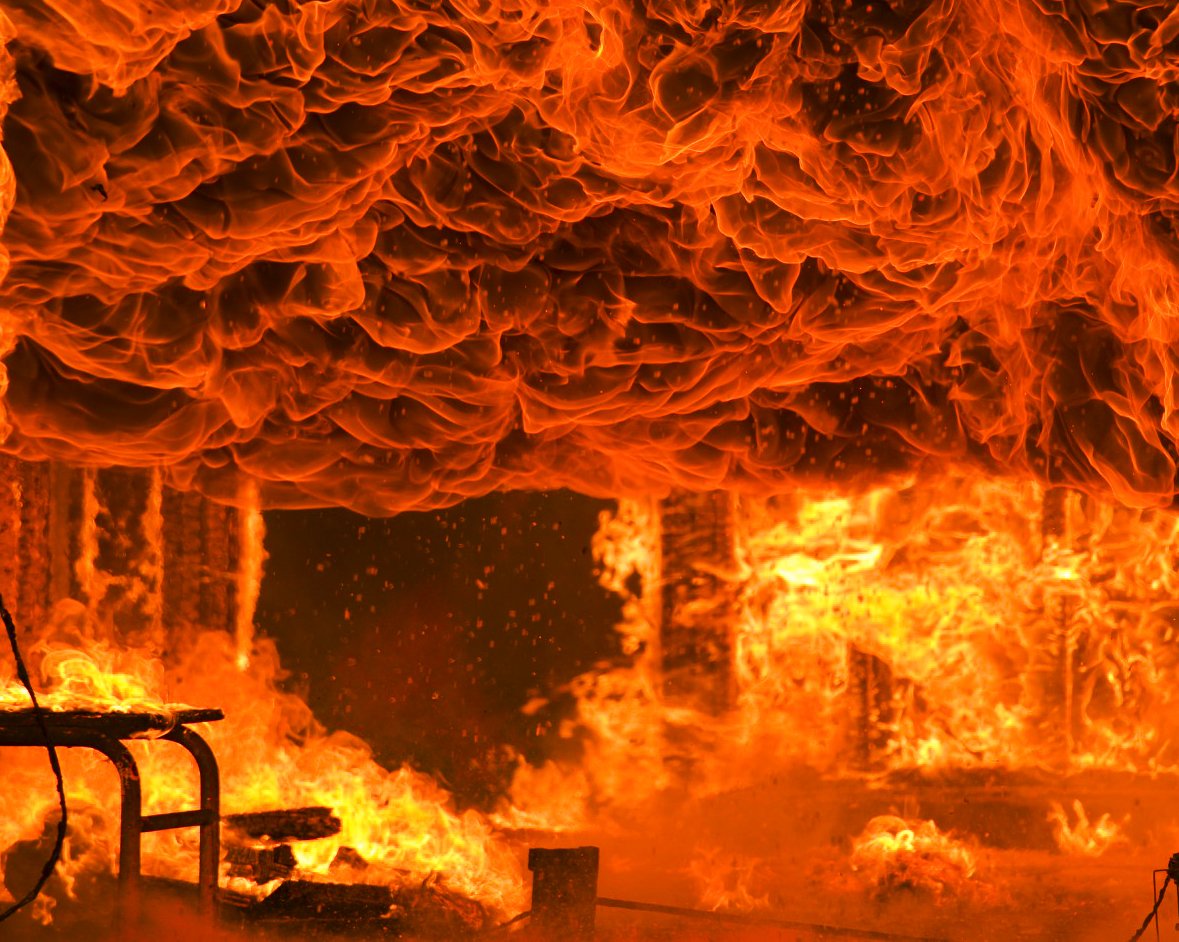 We often talk about converts having a "fire" in their testimony, so why not us? Let's talk about a pyrotechnic flashover and how it relates to our faith.

“She is so on fire.“ “Wow, she is so willing to open her mouth and share the gospel.” “It seems like he is fearless with his testimony.”

I’ve heard these phrases, or very similar phrases, uttered on numerous occasions, and usually regarding new converts to the Church. It was even said to and about me, and it was true. I was fire for the Lord. My testimony flared brightly, and I was ready to share what I was learning with anyone and everyone. Fear was not a concern, despite the fact that many of my friends and family weren’t nearly as excited as I was.

Since those earlier days of my association with the Church, I’ve reflected on who I was then and now. I’m left to wonder why we don’t speak about other members of the Church as on fire, bold in testimony, or fearless, more often. Many people embody those characteristics, but we don’t speak of it in the same way. Since we are all called to be bold and fearless in bearing our testimony, shouldn’t we all seek to have that same fire that many new converts so often possess?

We shouldn’t look at being a convert as something less then, but something to aspire to. I had someone say to me once, “Your testimony is so firm, I forgot you were a convert.” What?! I’m pretty sure it was meant it as a compliment, but I wanted to scream, “Haven’t you been converted? Haven’t you made a deliberate decision to follow Jesus Christ as well? If so, then you’re a convert to, or you’ve started, just like me, on the path to daily conversion.”

Maybe for some it is hard to define that pivot point on the path of conversion, because it happened throughout their lives. But I think that most people can think on a deliberate moment that they chose to follow Jesus willingly. Think back for a moment and see if you can pinpoint the beginning of your own conversion. And if you haven’t been converted yet, it’s not too late, as you will see in a later example.

A Flashover of Faith

In what little spare time I have, I’m a volunteer firefighter. As a result, a lot of my talks and article contain analogies from firefighting. This one is no different. One of the dangerous situations we face as firefighters is an awe-inspiring and yet terrifying event called a flashover.

A flashover is the near-simultaneous ignition of exposed combustible material (beds, dressers, chairs) in an enclosed room. As organic materials heat up, they undergo a conversion of sorts called thermal decomposition. During this conversion, the process of pyrolysis causes these materials to release flammable gases. The flashover happens at about 1,100°F, when the gases in the room ignite, causing an intense and catastrophic release of heat.

As an example, a bed catches fire in a closed bedroom. The fire on the bed produces a layer of hot smoke that spreads rapidly across the ceiling. Naturally, the smoke layer grows in depth because it is bound in by the walls. The heat generated from this layer reacts with the combustible materials, causing pyrolysis. When the temperature gets high enough, the entirety of the flammable gases ignite.

This process of conversion from solid to gas, and the ignition of this gas, produces a blistering wave of light and heat, leaving the contents of the room forever changed.

Just keep that image in your mind for a moment and let me ask a question.

Is it possible for someone to undergo such an awe inspiring conversion in their own lives? The story of the Apostle Paul is a dramatic telling of one man who underwent such a conversion.

Paul Was Sort of a Jerk Before His Conversion

Paul, formally Saul of Tarsus, was a strange combination of factors. He was a Jew, a Pharisee to be more exact, but he was also a Roman citizen, and because of that citizenship, he was afforded certain privileges. He was a highly educated scholar. Some suggest that his persecution of the saints was born out of his desire to see the Jewish faith survive the threat of Christianity. Though he may not have been directly responsible for the actual deaths, it was his witness that lead to many Christians losing their lives.

He was even responsible for the disciple Stephan’s martyrdom.

“The people cast Stephan out of the city, and stoned him: and the witnesses laid down their clothes at a young man’s feet, whose name was Saul.”

And in the next chapter:

“And Saul was consenting unto his death. And at that time there was a great persecution against the church which was at Jerusalem; and they were all scattered abroad throughout the regions of Judea and Samaria, except the apostles.”

He was a forced to be reckoned with. So what would lead someone that wanted to see the church destroyed, to become one of its greatest disciples and missionaries?

A Bright Shiny Light and a Change of Heart

The story of Saul’s conversion begins on his trip to Damascus. Which reminds me of a great ska song by the Orange County Supertones. (This Week in Mormons’ editor-in-chief, Geoff Openshaw, a native of Orange County and erstwhile ska band performer would like to remind everyone present that ska was a mistake.) But I digress.

In Acts 9 it states:

“He came near Damascus: and suddenly there shined round about him a light from heaven: And he fell to the earth, and heard a voice saying unto him, Saul, Saul, why persecutest thou me? And he said, Who art thou, Lord? And the Lord said, I am Jesus whom thou persecutest: it is hard for thee to kick against the pricks. And he trembling and astonished said, Lord, what wilt thou have me to do? And the Lord said unto him, Arise, and go into the city, and it shall be told thee what thou must do.”

Now let’s go back to the example of the flashover and the dramatic eruption of light and heat. In Saul’s case, he was blinded by the brilliant light. We can also assume that he felt a lot of heat, as he realized with whom he was conversing. The guilt of his actions had to be unbearable. This was his point of ignition. Here was was the moment of Saul’s dramatic conversion of heart towards the Gospel of Jesus Christ.  Saul the Pharisee, became Paul the disciple and future apostle.

After his moment of ignition, Paul became a force to be reckoned with in a different sense. He was a new convert on fire for the Lord. He served three missions, traversing the width and breadth of the known world. Paul’s conversion stood through all his trials. His heart was so turned toward the Lord that nothing, not even death, could dissuade him from his mission.

How Does That Apply to Us?

Beyond the miraculous nature of Paul’s conversion, we see the redemptive and cleansing power of the Atonement of Jesus Christ played out so vividly in his life. Here was a man responsible for numerous deaths, and yet even he was pardoned through the grace offered by Jesus Christ’s atoning sacrifice. If Paul, a man of such heinous acts, could be forgiven for his transgressions, surely we can be forgiven too.

Whether we joined the Church later in life, or we were born into it, we all must undergo the process of conversion at some point. We all have to receive a witness for ourselves.  As converted disciples of Jesus Christ we are then called to witness to the world of his Gospel. We may never have the vision of Christ that Paul had, but our conversion can be none the less dramatic. As the cleansing fire of the Holy Ghost takes hold in our hearts, it can forever turn us to our Savior.

According to Elder David A. Bednar:

“The essence of the gospel of Jesus Christ entails a fundamental and permanent change in our very nature made possible through the Savior’s Atonement. True conversion brings a change in one’s beliefs, heart, and life to accept and conform to the will of God  and includes a conscious commitment to become a disciple of Christ.”

My choice to be a convert wasn’t a one time thing. It didn’t just happen on September 29th 2001. It happens every single day that I choose to deliberately follow Jesus. My actions display my conversion of heart and mind to my Heavenly Father. May we all make those deliberate choices to have our hearts converted each day, so that we can be on fire for the Lord. Then we can all declare together that we have been truly converted. 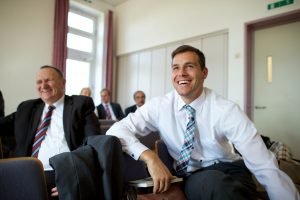 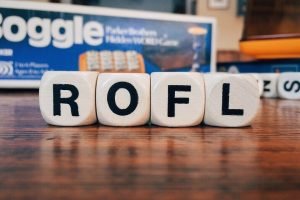 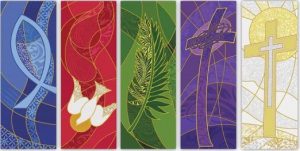