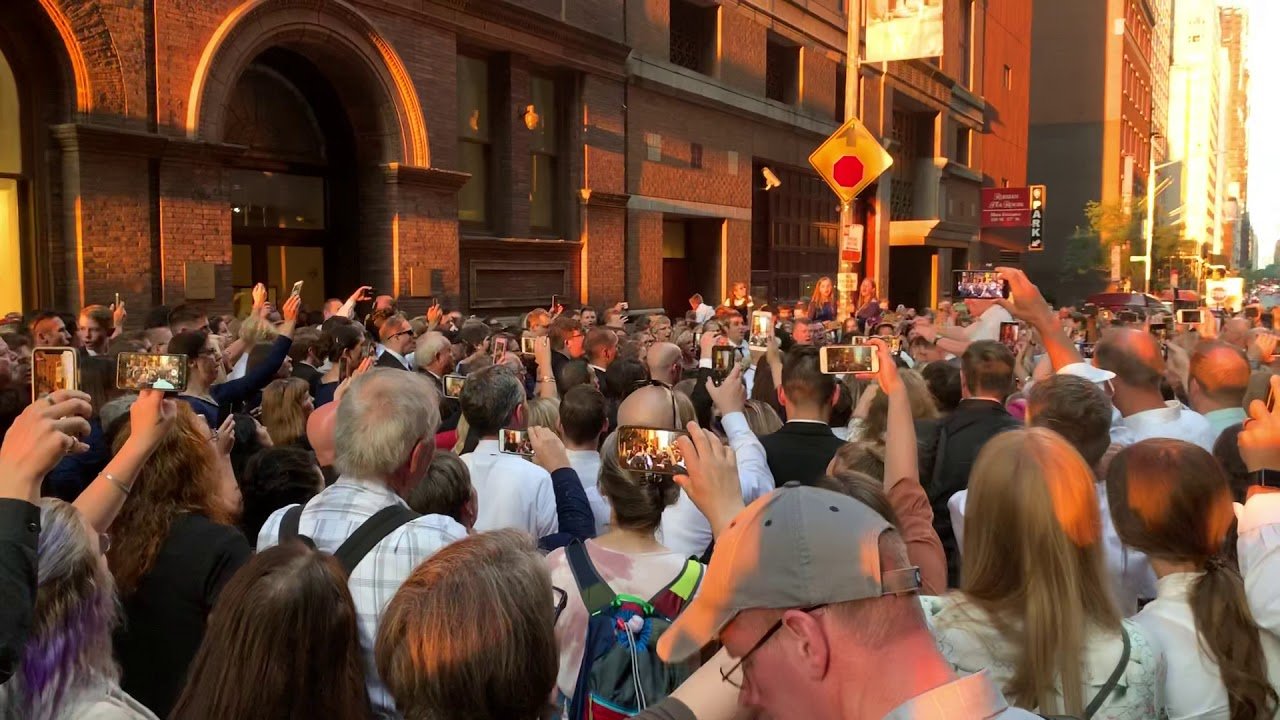 New Yorkers were given a treat outside of Carnegie Hall, as the Millennial Choir sang some of its set on the streets outside the venue following a blackout.

[dropcap]N[/dropcap]ew York City suffered a major blackout yesterday, closing subways, restaurants, and a multitude of other businesses while sparing many from making the mistake of visiting Papaya King. Citygoers reacted differently, some riding it out, others just wandering the streets of Manhattan as if victims of the apocalypse. One Latter-day Saint choir did something that has truly gone viral.

The Millennial Choirs and Orchestras was scheduled to perform in Carnegie Hall, but rather than completely cancel the show, the choir took to the streets outside the famous concert hall and treated the public to a number of musical numbers. Needless to say, watching “I Believe In Christ” performed against the backdrop of Midtown Manhattan was an experience not to be missed, and social media took notice, with a number of the internet’s denizens posting videos of the choir in action and briefly turning Twitter into not the worst place on the internet.

A power outage in New York, but it couldn’t stop the Millennial Choirs and Orchestras, creating a makeshift stage right outside Carnegie Hall. #nycblackout pic.twitter.com/fPQJzvTS1t

@KatrinaNeeper Here is another video outside Carnegie Hall. You can use it on CNN. My name is Ken Richardson, and I am a member of this group which is the Millennial Choirs and Orchestras pic.twitter.com/bMgO2QxqH4

As you may have heard, we were not able to perform our final concert at Carnegie Hall this evening due to a widespread blackout which affected a large part of Manhattan for several hours. But in true MCO fashion, we made the best of the unfortunate situation and performed some of our pieces outside for passersby to enjoy during the stressful time. This is Brandon Stewart’s arrangement of “I Stand All Amazed.” Currently, countless people have heard this story about MCO and seen the viral videos of our impromptu performance. So although we regret that many of our participants and audience members missed out on performing and seeing us on the world-renowned Carnegie stage this evening, we feel blessed to have been able to touch many more hearts in an unexpected way from the streets of beautiful New York City. • • • #mcoinnyc #nearermygodtothee

In the middle of the #NYCblackout and outside Carnegie Hall, the cancelled show for Millennial Choirs and Orchestras (Utah and CA) made an epic outside performance outside on 52nd St. @ABC7NY @ABC @NBCNEWS @KSLcom @KSL5TV #MCOinNYC pic.twitter.com/S6ncR5oCNS

Even political lighting rod Alexandria Ocasio-Cortez, who is arguably not high on many-a-Latter-day Saint’s political list, posted about the event:

The Millennial Choirs and Orchestras (MCO) are composed of seven different choirs and orchestras across all age groups, located in California, Arizona, Texas, Idaho, and Utah. It functions as both a performance and educational institution “whereby children, youth, and adults may associate and develop talents with those who maintain upstanding religious values, while instilling in its participants a deep love for sacred and classical music,” according to MCO’s website.

The organization started in 2007 in Orange County, CA as the Mormon Choral Organization. But no, it did not alter its name recently in the wake of President Nelson’s effort to de-Mormonize everything. Years ago, as MCO’s reputation grew through a series of outstanding performances and recordings, additional chapters were opened elsewhere. Eventually, The Church of Jesus Christ of Latter-day Saints took notice (MCO is not run by or associated with the Church), and either TabCATS officials or Church lawyers, all clearly Highlander fans and aware that MCO was generating content on par with the Mormon Tabernacle Choir, gently reminded the kind folks at MCO that there can be only one “Mormon” and “choir,” lest there be any confusion. The outstanding choir dropped any “Mormon” references and swapped in the new “Millennial” reference, which is to make us think of the end of times, I guess? Fitting, then, that the choir performed under yesterday’s circumstances.

Enjoy a some of their music on Spotify below. The Christmas album, O Holy Night, is an essential addition to anyone’s playlist. (Full disclosure: the author’s brother sings on it.) 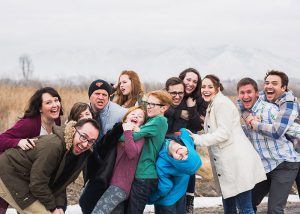 A Family of Movie Makers: An Interview with Camrey Fox of Working With Lemons 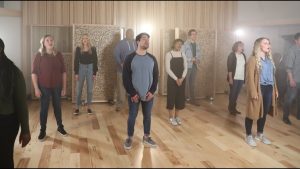