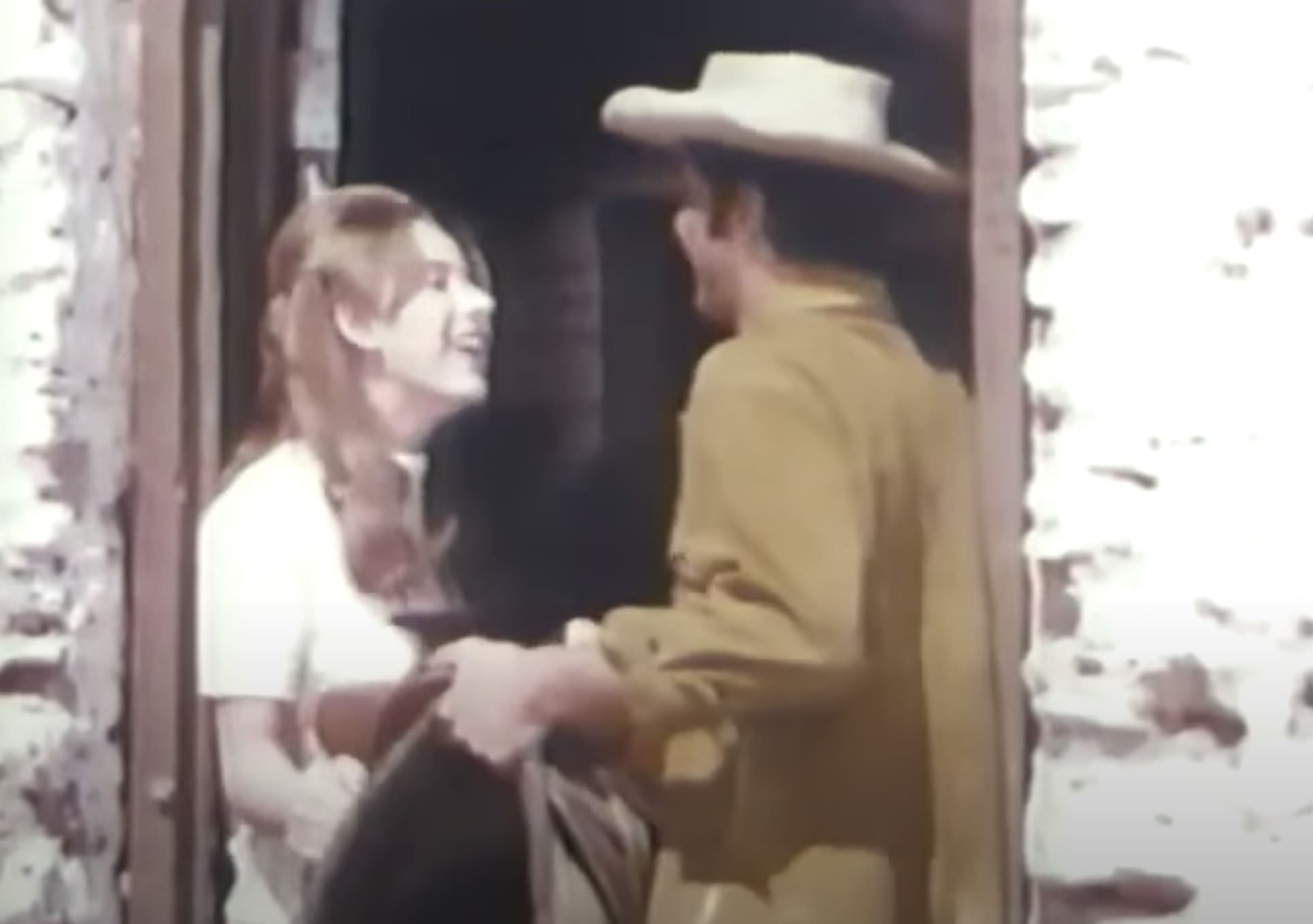 [dropcap]I[/dropcap]f you remember from our last column, we are all about weddings and marriage this month. How joyful. Last time we focused on a heartwarming treatise on teen marriage (don’t do it). This column we move forward a few years to 1968 and focus more on marriage preparation with BYU Motion Picture Studio’s Never a Bride: Preparation for Marriage.

Right away we know we are in for a treat as we start with the same disclaimer from Worth Waiting For: “The following film was produced by Brigham Young University during the 1960s for general distribution to both Church and non-Church groups. Although the general principles are valid, the presentation does not represent all Church areas of emphasis.”

Well how can we NOT watch! But as always, if you don’t want to watch I provide this simple recap. The film has 3 Ph.D. consultants. So it must be good.

We start the film with stylish Laura Allen deplaning to greet her Aunt Jean. Laura is thrilled to be in “the west” to work for the summer at her Aunt’s resort. She seems excited for the opportunity but quickly inquires regarding the local “tourist trade.” How thoughtful of her to ask about her Aunt’s bottom line! But no, she’s referring to the volume of available men in the area. She is ready to get married and wants to find “the right one.” Oh and she wants to learn to ride a horse.

As they pull into the ranch they see Neal bringing in the horses and Laura’s interest is piqued. Laura’s roommate Elaine helps her unpack and pulls out a framed photo of a handsome beau. Apparently he is no one special. Just someone Laura is “holding in reserve” until someone better comes along. She mentions her brief equine encounter with Neal only to find out Elaine is dating Neal. AWK-waarrrrd.

Later that evening Laura is walking with Aunt Jean and shares her marriage/dating philosophy.

“Finding the right person is the most important thing,” Laura Says. “Someone who can really make ME happy. Someone right his minute is looking for me.”

After work she goes with Neal and Elaine to the pool and surveys the choices before her on the dating buffet. She finds one who looks promising, but alas, He belly flops into the pool. Clearly not marriage material. If only there were more people like Neal! Elaine suggests a blind date with Ralph but Laura nearly says no—because he’s the one who belly flopped. She agrees if Elaine promises the date “won’t be grotesque.” Elaine reminds her no one is perfect (not even Neal, he has an ingrown toe-nail after all) and Laura agrees to go.

The horseback riding date does not go well and we cut to Elaine chastising Laura on the trail for being extremely rude to Ralph. The conversation continues, and Laura insists she will change for the “right person.” She just needs the right motivation. Elaine asks if she would change for a top level basketball star and Laura is suddenly interested. Ralph was the basketball star. Laura wants to give it another shot but Elaine says that opportunity may have ridden into the sunset.

Laura throws herself into work only to grow increasingly upset when she learns 2 of her girlfriends are engaged and the “tourist trade” is not what she hoped. She eventually snaps out of her funk with the promise of the hordes of men expected at the resort’s Fourth of July celebration, but the rain douses her spirits again. She wonders why Elaine is so happy. At first she thinks it’s because she’s in love but no, that can’t be it as she knows many unhappy people who are in love. It MUST be Neal. He is the reason for Elaine’s happiness.

Laura hatches a plan to take Neal from Elaine. Her first attempt involves cornering Neal in the stable with a saddle. She closes her eyes for a kiss but Neal realizes the situation is just awkward and leaves. Her plan shifts into high gear when Elaine leaves for a week to help her sister with a new baby. Laura cautions her that she shouldn’t leave Neal alone for that long. Elaine maintains that Neal wouldn’t want her to give up her loyalty and interests on his account.

With Elaine out of the way we see Laura literally and figuratively throwing herself at Neal with a forced fall from a saddle. Then there is dancing, swimming and singing in the car together. If daydreaming indicates success, then Laura is taking a victory lap. Aunt Jean asks what about Elaine? “All’s fair [in love and war],” she says.

Neal says he wants to talk to Elaine after dinner. He tells her how much he enjoyed the week with her and how important it was for him to speak to Laura before Elaine got back. He says he’s made a decision and, maybe it’s premature he wants to move forward he shows her a ring and then asks Laura: “Do you think she will like it?”  The realization slowly dawns on Laura. The ring is for Elaine. Her rapid one-week courtship was not enough to woo yon Horseback Hero. Neal wanted to talk to her to enlist her aid in occupying Elaine until he was ready to propose.

Neal then extols Elaine’s many virtues. She is selfless, doesn’t try to impress people, is regularly happy and is a hard worker. Being a hard worker is particularly important as Neal doesn’t want to come home to a dirty house! Laura begins to realize that she has been going about things wrong. Maybe her heart grew 3 sizes that day. She goes to her room, wipes her tears and begins to pack for the trip home.

As she gets to the car the next day Aunt Jean consoles her.

“I guess just I’m a little dumb. Not so dumb that I can’t learn. I’m going to try really hard not to worry so much about finding the right person as being the right person. When I’m well on the way to being the person I want to be maybe I will be ready to make someone else happy.”

The core message of Never a Bride is good. You need to work on yourself and not expect another person to be the source of your happiness. When I was working in New York City and attending a young single adult ward I feeling stuck in many aspects of life until I decided to make changes and improve the things I didn’t like about myself. Only when I was finally in a place that I was happy being me did I find someone special. It wasn’t immediate by any means, but I definitely see how they relate.

Apart from the message though, there are plenty of cringe-worthy elements. Laura is so focused on finding a man that very interaction with a man is just uncomfortable to watch. Her relentless pursuit of Neal is a sexual harassment suit waiting to happen. It also plays into era stereotypes that marriage and family is the only worthwhile pursuit. Although the character arc ends in a type of redemption, her silly, superficial, boy-crazy focus is painful to watch. I didn’t like her as a character and definitely wasn’t pulling for her. I wouldn’t show this in Young Women’s or Young Men’s—even ironically. It has the feeling of something that was made for a gender specific marriage and family class at BYU.

The film does have some positives. Elaine serves as a realistic foil to Laura without being too preachy. She just comes across as one of those friends who always gives good advice without preaching or pretention. There are also a few laughable moments.

So I’m mixed on this one. Is a good message in a painful movie a good movie in the final review? Could be. If you pull out what’s relevant to you maybe Never a Bride could be “the one.” 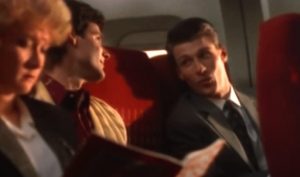 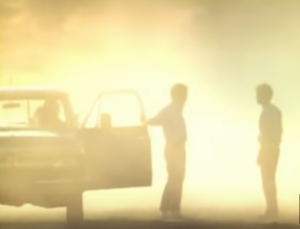 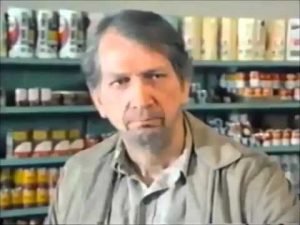