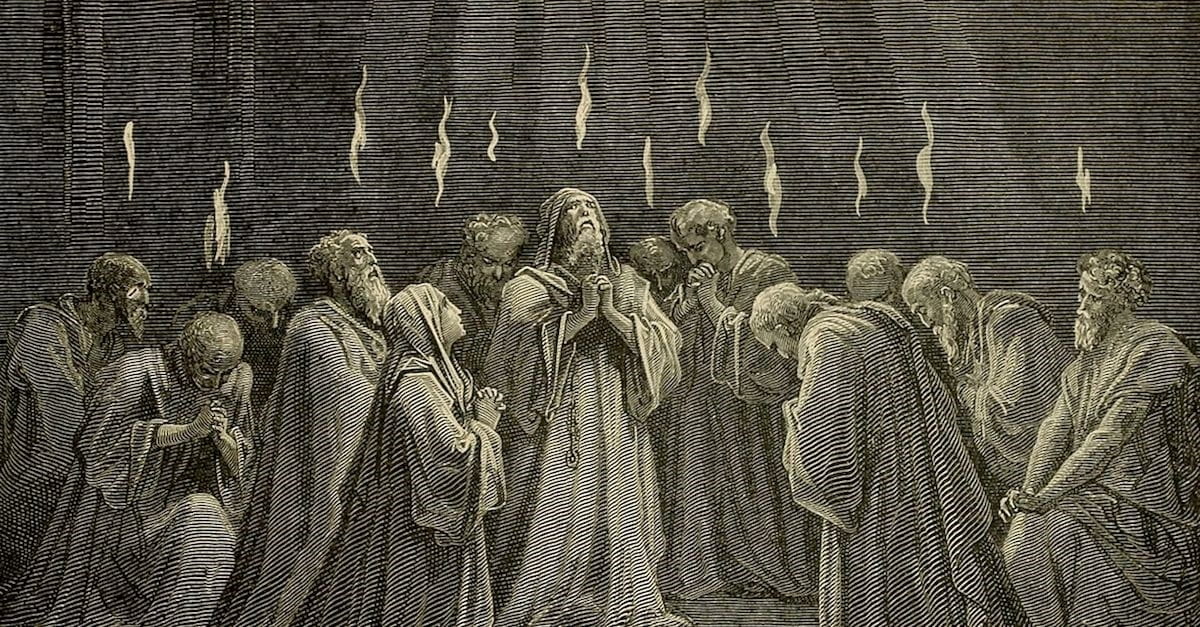 That's not speaking in tongues, it just sounds like you are saying gibberish," I thought as I listened to the pastor babble on the stage in front of me. 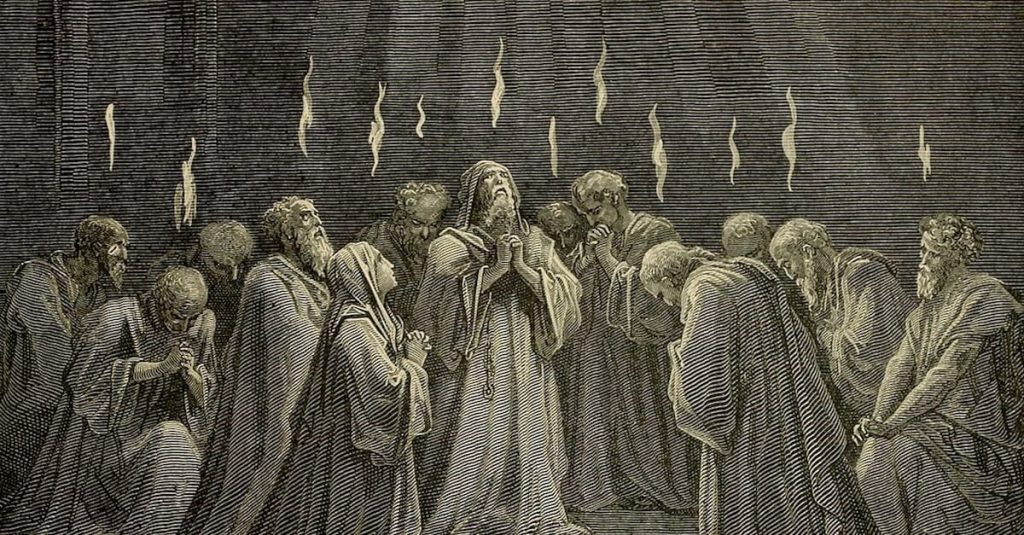 “That’s not speaking in tongues, it just sounds like you are saying gibberish,” I thought as I listened to the pastor babble on the stage in front of me.

His “gibberish” was done over the dulcet undertones of the electric guitar and keyboard. The crowd appeared engaged, with hands raised toward the sky. I just felt awkward as I stared back at him. This was so far from what I was raised with, it felt foreign and wrong. Why would I need to babble, when I could speak to the Spirit in a language I understood? It seemed too complicated, and I didn’t believe God went out of his way to be complicated.

“It’s easy to do, the Spirit will understand what you’re saying,” he said reassuringly to the crowd. “Just open your mouth and let what ever comes out, come out.”

Now that I’ve set that scene, let me back up and put some perspective on what brought this memory to mind.

A few weeks ago our Come Follow Me lesson centered around the day of Pentecost. For those unfamiliar, this was the day when the apostles received the Gift of the Holy Ghost. My family wasn’t as familiar with the Pentecost as I was, so I was relating to them what I knew. I grew up in a church which focused a lot on the New Testament, so the concept of the day of Pentecost was not new to me. As soon as we started reading of the events, I was transported back to that time in life, when my worship centered around the teachings of the New Testament.

As my mind wandered back and in days sense, I’ve wondered how many people are unfamiliar with the Old and New Testaments. They are not easy to read. The New Testament was translated from Greek to 1600’s English. No one speaks that way anymore, so it’s easy to get frustrated and lose interest. I get it. But are we missing great insights about the Savior by only studying it every 4th year when it comes around again in Sunday School? Are we inadvertently treating the Act and Epistles of the New Testament like the Isaiah chapters of 2nd Nephi, just skipping past them because its too hard to understand?

Back to my family lesson.

It’s the day on Pentecost. The apostles are all gathered together, Matthias having just been chosen to fill Judas’ position. A sound of rushing wind fills the house where they are meeting. Cloven tongues of fire are settling on each apostle, filling them with the Holy Ghost.  I’m laying out the stage for my family like any good story teller would . I rehearsed how the apostles “began to speak with out tongues as the Spirit gave them utterance.”

And this one sentence transports me back to that day in the youth ministries church as a teenager, when the pastor was trying to get me to speak in tongues.

I was raised in a Presbyterian church, where our services were fairly low key and solemn. Some have even jokingly referred to Presbyterians as the “Frozen Chosen.” If the church was equipped with motion sensing lights, the lights would turn off after a few minutes, and not turn back on until the pastor said, “Amen” and the congregants got up to leave. Okay, that may be an over-exaggeration, but we weren’t prone to loud worship, or change.  So when I was asked to attend an evangelical youth church with a friend, you could imagine that I was a bit nervous. I loved the more up tempo praise music, but I wasn’t prepared for what I was about to experience.

There’s a rock band in your church!

Oh yeah, there was a band, and a sound control booth. There was a space for the youth to hang out and play pool and video games. They even had a snack stand. I wasn’t sure if I was going to a church service or a rock concert.

I was completely out of my element. So you can imagine how I felt when I heard the pastor “speak in tongues” the very first time. I had read the same scriptures and interpreted the act of speaking in tongues as something entirely different than what I was seeing and hearing. I thought speaking in tongues meant the ability to speak the language of your audience with the aid of the Holy Ghost.. After all, that is what we see play out in Acts 2:6.

“Now when this was noised abroad, the multitude came together, and were confounded, because that every man heard them speak in his own language.”

But what I experiences was so different, it left an indelible imprint in my memory.

I’m not here to ridicule someone else’s religious practices, because we have our fair share of things that might seem odd to those outside of our faith. But what I was seeing played out at the Church just didn’t resonate and connect with me. And after several visits, I found myself seeking something else. The Spirit was speaking and I was just learning to hear his voice. It was pushing me forward to seek out truth. It was near that time that a young woman came along, bearing a testimony of the restored Gospel, and the rest is history.

A different view of the Gift of Tongues

When I joined the church, one of the things I eventually learned about was the Gifts of the Spirit, of which speaking in tongues and interpretation of tongues are among them. The prophet Joseph Smith taught:

“Tongues were given for the purpose of preaching among those whose language is not understood; as on the day of Pentecost… It is not necessary for tongues to be taught to the Church particularly, for any man that has the Holy Ghost, can speak of the things of God in his own tongues as well as to speak in another.”

When I went through the  Gospel Principles class as a new convert, I learned in lesson 22 about the Gifts of the Spirit. As we read of the Gift of Tongues and how missionaries and others sometimes receive this gift to help them preach the Gospel in an unfamiliar language, it just resonated deeply. It was exactly what I thought the Gift of Tongues should be. I started to look at people around me to find examples.  I heard faith promoting stories of missionaries going out barely knowing a language and miraculously teaching in their given language. The only problem was, I didn’t know any of those people personally.

My brother who isn’t a member was always good with languages. He picked them up really quickly. Unfortunately I didn’t follow in his footsteps. Surely he had been blessed with the Gift of Tongues in some small aspect. I knew there were others like him. As I started to get to know more people, I found people who quickly adapted to the language of their missions. Surely they too had the Gift of Tongues. Either way, this was what I thought it to be. The spirit working through people to help them understand each other better.

Another understanding of the Gift.

All of these things poured through my mind as I taught my family about the day of Pentecost. I realized how grateful I was for a Church which understands the truthfulness of spiritual gifts.When I went to that evangelical Church I wasn’t necessarily looking for more truth, just a closer relationship to Christ. I’m not sure if that experience led me eventually to the Church of Jesus Christ of Latter-day Saints, but I do know I wasn’t hearing the Spirit in the pastor’s mumbling that day. The Spirit however was speaking to me in a still small voice in my heart and mind.

Eventually as I worked at it, I became more in tune with the voice of the Holy Ghost. It took work, and I’m still working on it, but I eventually learned to hear it in my life. Maybe in the end the Gift of Tongues or Interpretation of Tongues came as I learned to hear and interpret the Spirit’s voice and understand it. Maybe for me it wouldn’t be that I could learn other languages easily to preach the Gospel, but I would learn the language of the Comforter as he spoke to me personally. Then with work and effort I could help others, like my children hear and interpret that same precious voice.

And while I don’t know anyone personally who has had an apostolic-like episode of speaking in tongues, I have no doubt in my mind that it happens. I’ve just felt this particular gift in a different way in my life.  And that’s okay. As I reflect back on it now, that moment back in the youth ministries Church taught me how to listen and understand the still, small voice.

I’m curious to know where and how you’ve witnessed or felt the Gift of Tongues in your life? 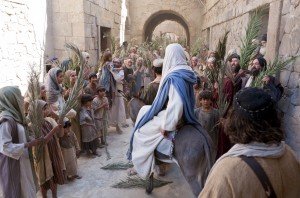 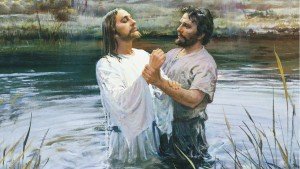 New Testament Lesson 4: “Prepare Ye the Way of the Lord” (John the Baptist) 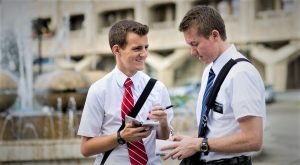