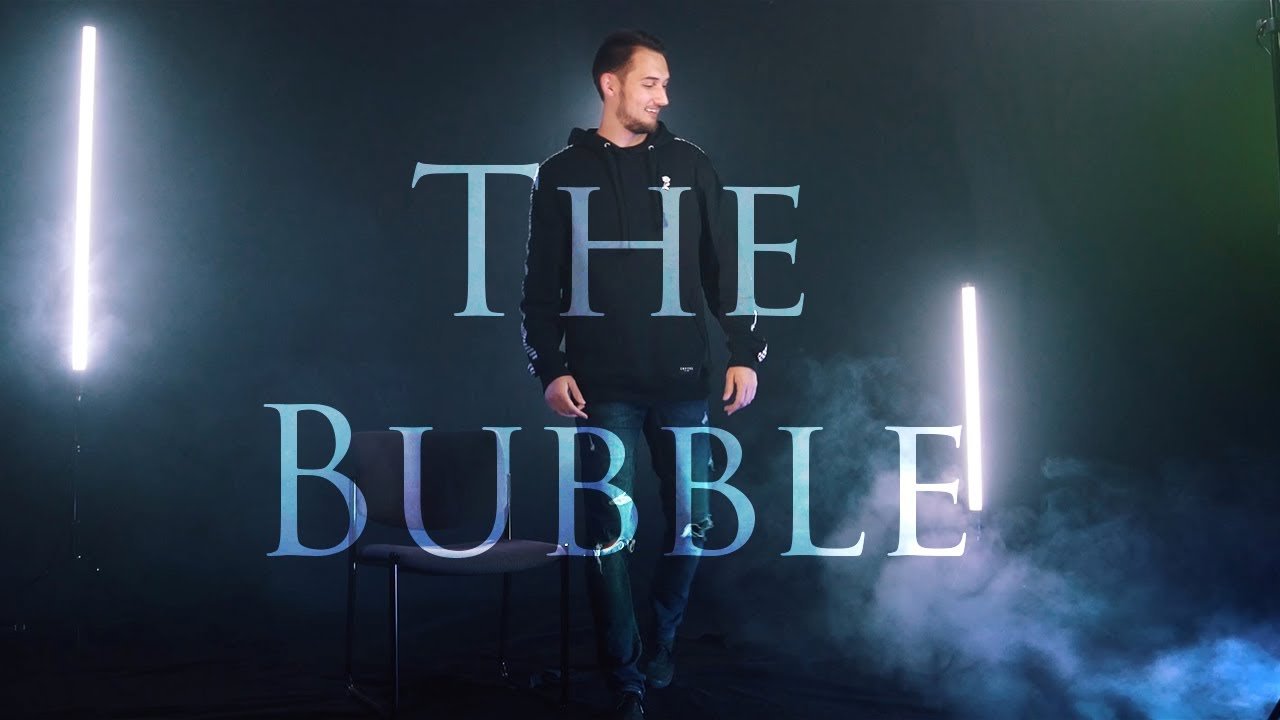 Latter-day Saints seem to have a prejudice against rap. Colby Ferrin his hoping to change that. 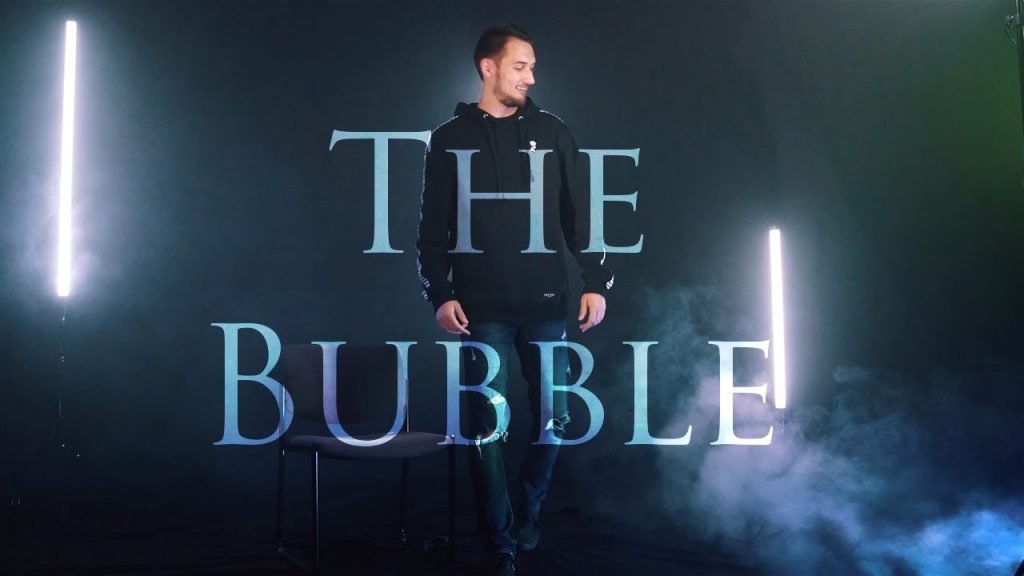 “If we can get these two worlds to collide, we can shake the Earth, cause I was born in the bubble, and in my own way i’mma make it burst.”

When it comes to bursting the musical bubble of conventional music for Latter-day Saints, one doesn’t have to look very far for examples. Singers Dan Reynolds of Imagine Dragons and Brandon Flowers of the Killers are titans of the alternative and indie rock circles. Ryan Raddon, aka the DJ known as Kaskade, has made waves in the EDM genre and even appeared in a Studio C episode. Gladys Knight has the market cornered on soul, gospel, and R&B. (Check out this BYUtv-sponsored Christmas concert and see if you can spot one of your TWiM all stars in the audience), and The Piano Guys are famous the world over for their fantastic covers of popular and classical music. And, of course, Donny Osmond. OK, and Marie. We’ve even got dancing violinists! But rap and hip hop is a fairly unexplored genre for many Latter-day Saints.  Unless you consider the really cheesy 1988 smash hit “Mormon Rap” by the Walter and Hayes band, and you should always consider that one, especially at weddings.

Rap gets a bad, uh, rap. To many Latter-day Saints, the genre is too closely aligned with themes of violence, sex, money, and power, all wrapped up in profanity-laden language. It’s an unfair stereotype of a genre that is as diverse as pop, rock, or even country, and there are plenty of artists making so-called “clean” wrap. If you are still struggling to visualize this, since we are Mormons, just think about Brian Regan, patron saint of comedy to Latter-day Saints (except for the wonderful Steve Soelberg) set to this sick beat. Make sense now?

Christian rappers abound, and within that, there are certainly LDS ones. One of the better known is, JTM, formerly James The Mormon or Jamesthemormon (has it really been four years since we interviewed him??), who has seen his share of success bursting out of the musical bubble with over 1 million views of his singles “Workin,” featuring David Archuleta, and “Motivation.” His first EP, I’m Not A Rapper,  hit #1 on Billboard’s Hip Hop and Rap charts.

No we have another entrant into the field, Colby Ferrin. While JTM is a rapper who has taken on Mormon themes, Ferrin is a Mormon who happens to rap.

“Either way I’m gonna rap til a Jay-z fan and the Bishop both go hey man that wasn’t bad.”

Ferrin started rapping in sixth grade. His first full length album, The Conventional Path just dropped on August 10th. You may recognize Colby from his “Before and After Mission Rap” which has been viewed over 300,000 times on YouTube.

You may have even read his article in the January 2018 Ensign without even knowing it. So I reached out to Colby and he was gracious enough to sit down for a few minutes and answer some of my questions.

Jeff: What led you to wanting to become a rapper?

Colby: I wrote my first rap in sixth grade to win the school talent show. It was then that I realized—no one else around me was rapping. There was this amazing poetic art form that was starting to take the mainstream by storm, yet I hadn’t heard of a single person from my state who was making this type of music.

Jeff: Who are your musical influences?

Colby: George Watsky and Bo Burnham are my two biggest artistic influences. I also grew up listening to Eminem, Macklemore, and more recently I’ve had NF on repeat.

Jeff: Based on your song lyrics, it sounds like you have received some flak and criticism from the Latter-day Saint community for your music. Care to elaborate?

Colby: As an EFY counselor, there was one week where the session directors wanted to play one of my songs at the dance. They had heard a few of my songs before, and had a couple kids of their own there that week who loved rap. These kids were having a hard time fitting in in the church culture. Well, the session directors were told that in order to play any song of mine, they’d have to get it approved by one of the head administrators over all of EFY. They called him up. They explained the situation. He asked if the song was clean and appropriate. They said it was. He then asked what genre the song was. They said it was rap. Without taking time to listen to the song himself, he cut them off there. He told them, “Sorry, we avoid rap.” Just like that, the stereotype was reinforced. And it confirmed what the session directors’ kids had thought—maybe they didn’t fit in with the church culture. I can completely understand avoiding inappropriate music. But to equate “inappropriate music” with “all rap music” is completely inaccurate, and sends a dangerous message to youth when they are enforced as if they are the same.

Jeff: If there was one thing you’d want everyone to know about your rapping, what would it be?

Colby: Right now I’m just working on letting everybody know that my songs exist. After that I’ll try to let the songs speak for themselves.

Jeff: You’ve come a long way since your “Before and After Mission Rap.”  What’s the biggest lesson you’ve learned along the way?

Colby: I’ve learned that I am so imperfect in every way and have so far to go. I’ve also learned that the right perspective can help make that imperfect journey towards improvement a blast.

Jeff: You’ve collaborated with other LDS singers like Nadia Khristean and Leah Merrill more recently, who would be your dream collaboration partner?

Colby: For now, I’d love to do a song with JTM. He has accomplished what no other hip hop artist from Utah had ever done before—he showed that a Latter-day Saint can be a serious rap artist.

For more of Colby Ferrin, check out his YouTube Channel or find him on social media. You can stream his album on Spotify below. 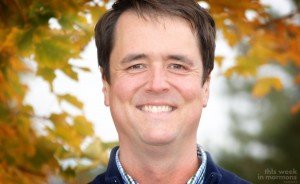 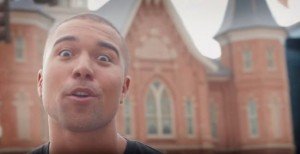 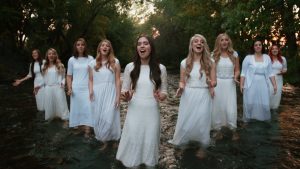