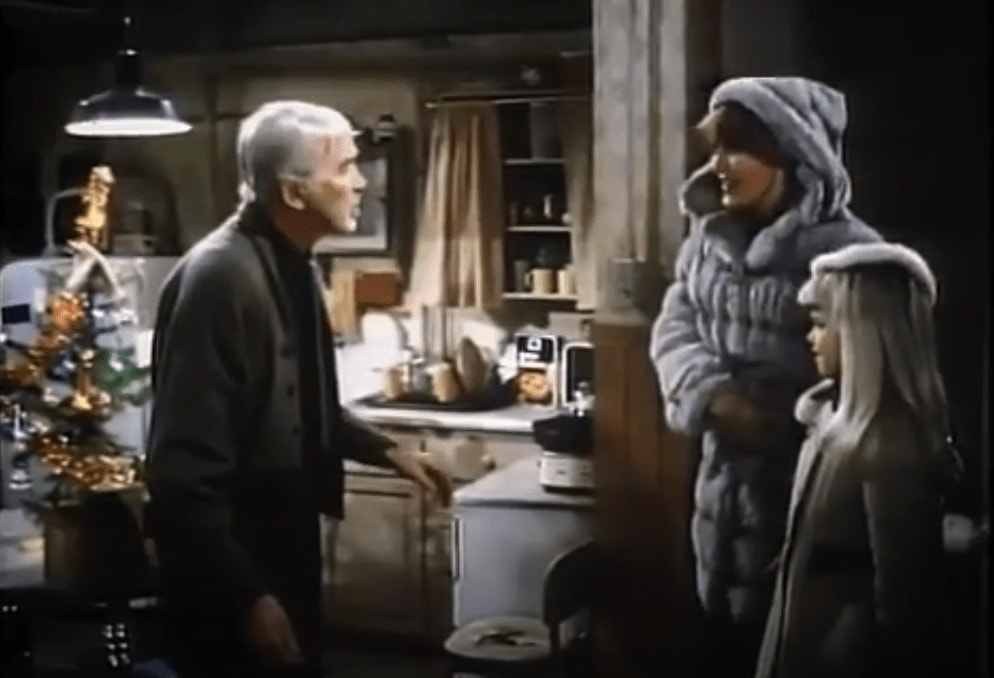 It's not Christmas without watching Jimmy Stewart conduct the Mormon Tabernacle Choir.

[dropcap]W[/dropcap]hen I started writing Latter-day Saint Video Vault in March I wasn’t sure how the year would unfold. Thanks to your suggestions and some favorites of my own we have had a good review of the full gamut of church cinema from awful to amazing. I knew from the start, however, that Mr. Krueger’s Christmas was going to end the year. How could we discuss Latter-day Saint Film at Christmas time without considering this perennial favorite.

Mr. Krueger’s Christmas was produced for television in 1980. Michael McClean created the story and also served as the film’s producer with Keith Merrill directing. The movie also prominently features the music and members of the then-named Mormon Tabernacle Choir.   The venerable Jimmy Stewart stars as Willy Krueger—the widowed apartment building superintendent who fights his holiday loneliness with vivid daydreams.

We open on Mr. Krueger sweeping a lobby. As he finishes a resident enters with a Christmas tree. Excited by this display of holiday cheer Mr. Krueger attempts to engage the resident in conversation but to no avail. Pine needles litter his freshly swept lobby. He later gathers his coat and hat and exits the lobby—passing by festive holiday windows. He greets everyone warmly with a smile and a “Merry Christmas.” He approaches a child at a window and asks “Is that what you want Santa to bring you for Christmas?” but a mother quickly whisks the child away from this slightly disheveled stranger.

As the Salt Lake City Salvation Army Band plays he pauses to look at a window full of fine menswear. He sees a vision of himself being fitted in the suit in the window. Store staff wait on him and attend to his every need. He bows and extends his hat to greet someone and we are snapped back into reality. A man exiting the shop drops money into his hat, and Mr. Krueger looks a little embarrassed for being fully immersed in his daydream but moves on and drops the money in the Salvation Army kettle receiving a smile and vigorous bell ringing in response.

Later, at a busy Christmas tree lot, he smiles at a young family selecting a tree before he picks his own tree and heads home to his basement apartment. He exchanges greetings with his cat, George, and sets out some food for the cat’s holiday feast. As Mr. Krueger sets the mood with a Tabernacle Choir Christmas album he lingers on a picture of his deceased wife, Martha. He sits down to listen and slowly conducts the music before nodding off.

He awakens in the Tabernacle and conducts the Tabernacle Choir singing Leroy Anderson’s Sleigh Ride. The scene transitions from the concert setting to a snowy hillside with an actual sleigh ride, toboggan rides, sledding, snowman building and snowball fights. He appears driving a small sleigh and then stands to direct again as the choir members and their families surround him. The music builds to a crescendo and he completes the song. He realizes the song is done and is suddenly embarrassed of his appearance in the grandness of the tabernacle. The choir members applaud him and give him a standing ovation.

Mr. Krueger is awakened from his dream with the scratching of the completed record and the strains of actual carolers outside. He shouts “Merry Christmas!” to them from his basement and invites them down for some hot chocolate. They reluctantly agree and he begins a flurry of decorating and tidying. While he prepares, his daydream instantly transforms his humble apartment to a sumptuous suite. The carolers arrive in Dickensian splendor. Mr. Krueger graciously bows to kiss the lead caroler’s hand only to switch back to reality and the lead caroler’s awkward surprise at the greeting. They hastily sing and a little girl, Clarissa, explores his apartment and takes interest in his nativity scene. He asks the carolers to stay but they must continue on and leave. His holiday cheer seems to go with them.

Mr. Krueger has another conversation with his cat, George, and agrees he better trim the tree before it gets too late. He plays the album and we are transported to a stylish tree lighting where he and Clarissa are surrounded by members of the BYU Dance Ensemble to moving to the MoTab/TabCats version of Winter Wonderland. Eventually the dancers and crowd recede and Mr. Krueger is left with Clarissa’s mittens.

Cut to Clarissa with her mother looking at a store window display. They realize Clarissa left her mittens behind in reality—not just in a dream sequence. Back at the apartment Mr. Krueger finds Clarissa’s mittens with the nativity scene. He smiles and places them on the tree.

As he places the mittens he is transported to crowded stable of the Savior’s birth. He slowly walks pasts those adoring the Christ Child only to realize they can’t see him. He is confused and unsure of where he is. Only when he sees the holy family does he realize where and when he is.

He is again frustrated with his simple appearance—feeling he should be dressed in better clothes to greet the newborn King. He haltingly begins to speak from the heart to the baby Jesus. He introduces himself and apologizes for the lack of gift. He talks about his anger at a lonely tenant who only broke something for his company. His emotion builds.

“As long as I can remember you’ve been right by my side. I’ll never forget when you walked with me right in those first few hours after I lost Martha. I’ve always been able to count on you when I felt dark inside—you were right there, every time, right there. Even when I didn’t feel good about myself I knew that you cared for me enough, and that made me feel better.”

He is overcome and falls to his knees.

“I love you. You are my closest, my finest friend. And that means I can hold my head high, wherever I go.”

He clasps his hands and cries, ending his words with repeated thank-yous. A knock at the door returns him to reality. He wipes his eyes and greets Clarissa. He gives her the mittens and also the ceramic baby Jesus from his nativity scene. Clarissa and her mother leave, but Clarissa pokes her head back in and invites him to come with them.

He protests, saying he must keep George company. “But he’s asleep!” Clarissa prods. The mom extends a gesture of love and charity and says “You know we could really use a good bass. You don’t sing, do you? And we are all going for a turkey dinner afterward and of course you would HAVE to come.” Mr. Kruger responds with a tone of surprise and then immediately shifts his vocal register downward to testify of his vocal fortitude.

As he walks out of his apartment and dons his hat Clarissa runs up to him and tells him she loves him. He smiles and takes his hand and they walk off together with Mom leading the way.

A narrator concludes the film: “I love you. That’s what Christmas is all about. Clarissa said it to Mr. Krueger. Mr. Krueger said it to Jesus. And Jesus in so many ways has said it to all of us.”

Mr. Krueger’s Christmas is worthy to stand alone in the world of church films. Although aired in 1980 the sets, costumes and music create a relatively timeless film that places Christ and Christ-like behavior firmly at the center of the holiday season. Jimmy Stewart IS Willy Krueger, and in him we see the importance of a personal relationship with the savior. To say more would be to take away from its gentle power.

When people think of films they watch every year on Christmas they tend to go secular: Elf, A Christmas Story, or even Home Alone. I watched it for the first time in a long time while writing this article and as my children get older it is definitely a film that we can put in the rotation for any-time holiday viewing.

Do you have a favorite (or hated) Latter-day Saint film? Send your suggestions to [email protected]. Planning is underway for 2020. 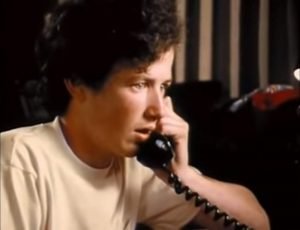 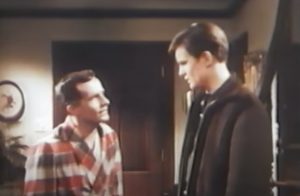 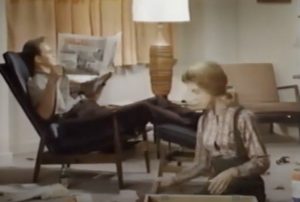