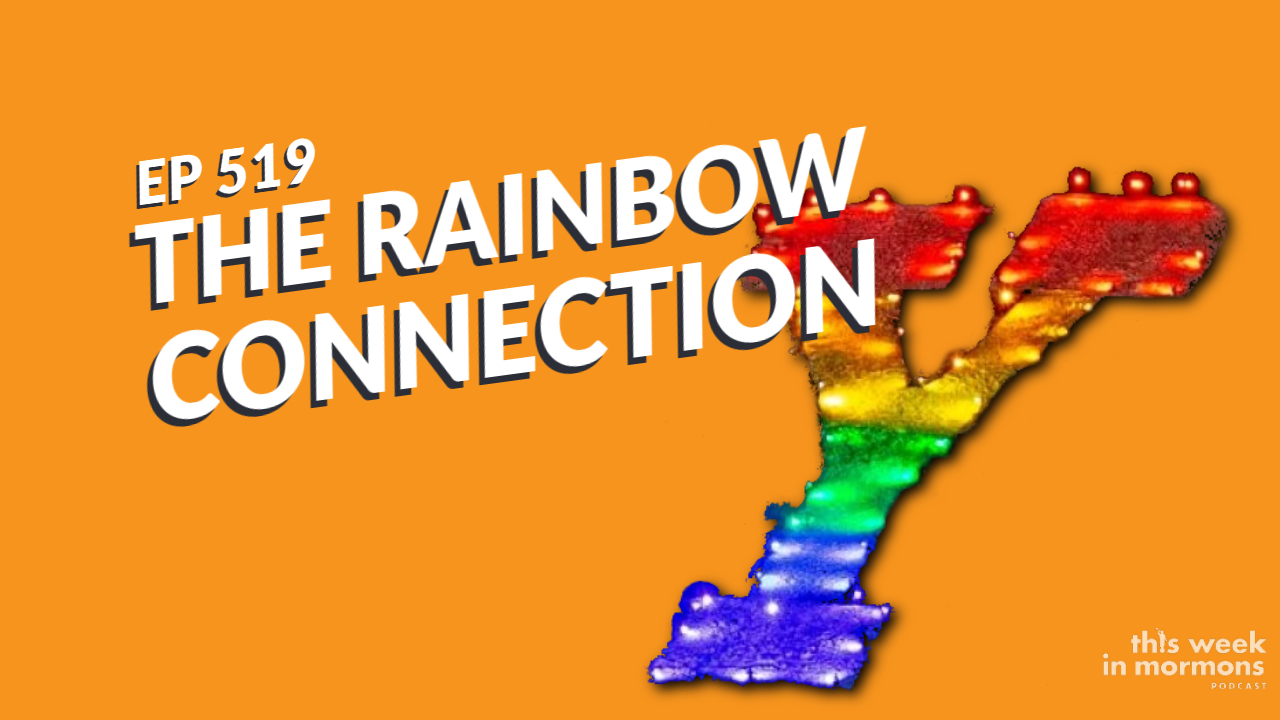 BYU's Rainbow Day lights the Y, the Church reaffirms its opposition to the Equality Act, and have you watched "Murder Among the Mormons"?

Have you watched the Netflix docuseries Murder Among the Mormons? Devin has personal connections to the Mark Hofmann bombings in 1985, bringing additional context to those terrible days. Friend of the show, Ben Park, has a great scholarly analysis of the Hofmann affair as a primer. 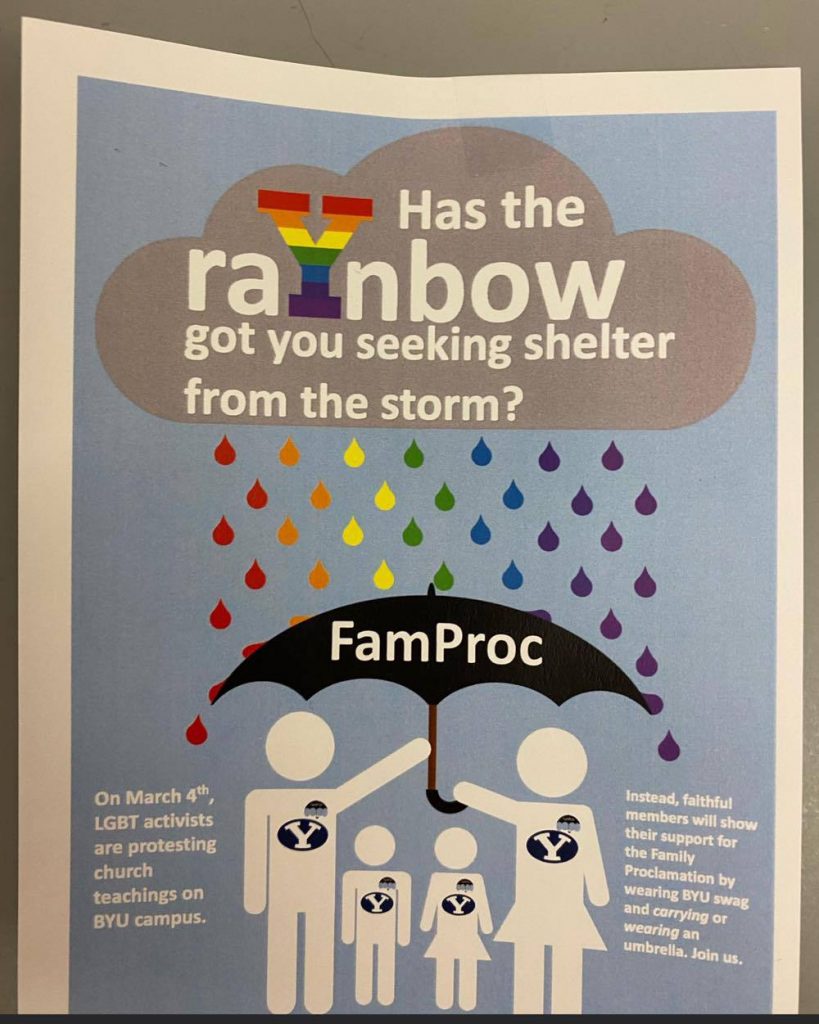 “Rainbow Day,” an effort by BYU students to express solidarity with LGBTQ students at the university, has caused quite a stir in Provo on many fronts. Participants were encouraged to wear rainbows as a sign of support for this non-protest event. Of course, some misinterpreted the event, creating a flyer alleging Rainbow Day involved “protesting church teachings on BYU campus.” The flyer was in poor taste, encouraging others to walk around with an umbrella to seek shelter from the storm – the storm of loving your fellow students.

BYU moved swiftly the bring down the flyers, but it also botched its response to perhaps the most notable event of the day, when Rainbow Day participants colored the famed “Y” in the foothills above the university as a rainbow. BYU Police were clear the act was not a form of vandalism, as the coloring simply came from flashlights and nothing was actually, you know, vandalized. But the university responded by saying, “The Y is BYU property and any form of public expression on university property requires public approval.” The university could have easily responded with something in addition to that, such as, “While we did not approve this event and want to remind everyone to obtain approval for such actions, BYU stands in solidarity with all its students, including maligned populations such as LGBTQ students and faculty.”

But they didn’t. Not the end of the world. Just botched PR.

And this on the heels of BYU releasing its excellent report from the Committee on Race, Equity & Belonging, which is an impressive effort by the university to acknowledge racial issues that affect campus life and develop a road map to deal with it. The university truly deserves credit for how seriously it’s taking this effort.

But that’s not it for BYU news! Related to Rainbow Day, a former BYU student penned a Facebook post about his experiences there as a gay man. His primary plea is that we love and listen to each other.

“You agreed to live by the Honor Code at BYU. If you don’t like it, you should just leave. There are plenty of other…

And lastly at the Lord’s university, administrators are shifting for hiring practices for religious educators. This has been a longstanding balancing act at BYU – how much of the religious studies focus should amount to Sunday school and how much should be more scholarly in nature? For now, the pendulum is shifting back to Sunday school, to the chagrin of some faculty, who fear bringing in educators through the CES program might deny them academic rigor.

Unfortunately, the Hill Cumorah Pageant is done forever. 20201 was supposed to be the final year of the pageant, a time to send off a longstanding LDS institution, but due to COVID, the 2021 production has been canceled and it won’t come back in 2022 for a curtain call. That’s it.

The Hill Cumorah Pageant Is Over Forever

The Church has reaffirmed its stance against the Equality Act, a piece of legislation aimed at codifying certain protections for all classes of people into law. Naturally, this is a political debate and there are heated opinions on both sides. The Church, for its part, supports the Fairness For All Act, which it views as a more nuanced, balanced bill that would preserved protections for religious freedom. You can read an excellent comparison of the bills here.

Utah is thinking about a new flag! And it zeroed in on one particularly lame option. However, it turns out that lame option is also supported by #DezNat folks, thus turning the flag into a political third rail. If this is God’s way of keeping Utah from adopting a lame flag, so be(-hive) it.

Devin LOVES Mike Lee. How can you not? The man is a patriot! When one panders to the Latter-day Saint community with bad comparisons of a former president to Captain Moroni, you know he means business.

Anyway, Mike Lee engaged in some lighter pandering the other day, comparing not passing the COVID-19 relief bill to some of the text in “Come, Come, Ye Saints,” a popular Latter-day Saint hymn. How fun! All is well! All is well! (2022, we’re looking at you.)

In quicker Latter-day Saint news: The Wilford Woodruff Foundation has released the papers of its namesake, which is super cool; the Tabernacle Choir has been forced to postpone its Heritage Tour once more; some great background on the group that stopped the Church’s plans for a residential development around the now-moved and former Tooele Valley Temple (now the Deseret Peak Temple); 1,000 girls become Eagle Scouts; and the Church donates $20 million to UNICEF to help with vaccine distribution.

Help us get to 50 patrons on Patreon by the end of the month! Just $2/month helps us continue to make these great podcasts and blogs with minimal ad intrusion. 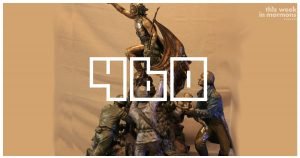 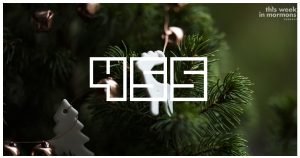