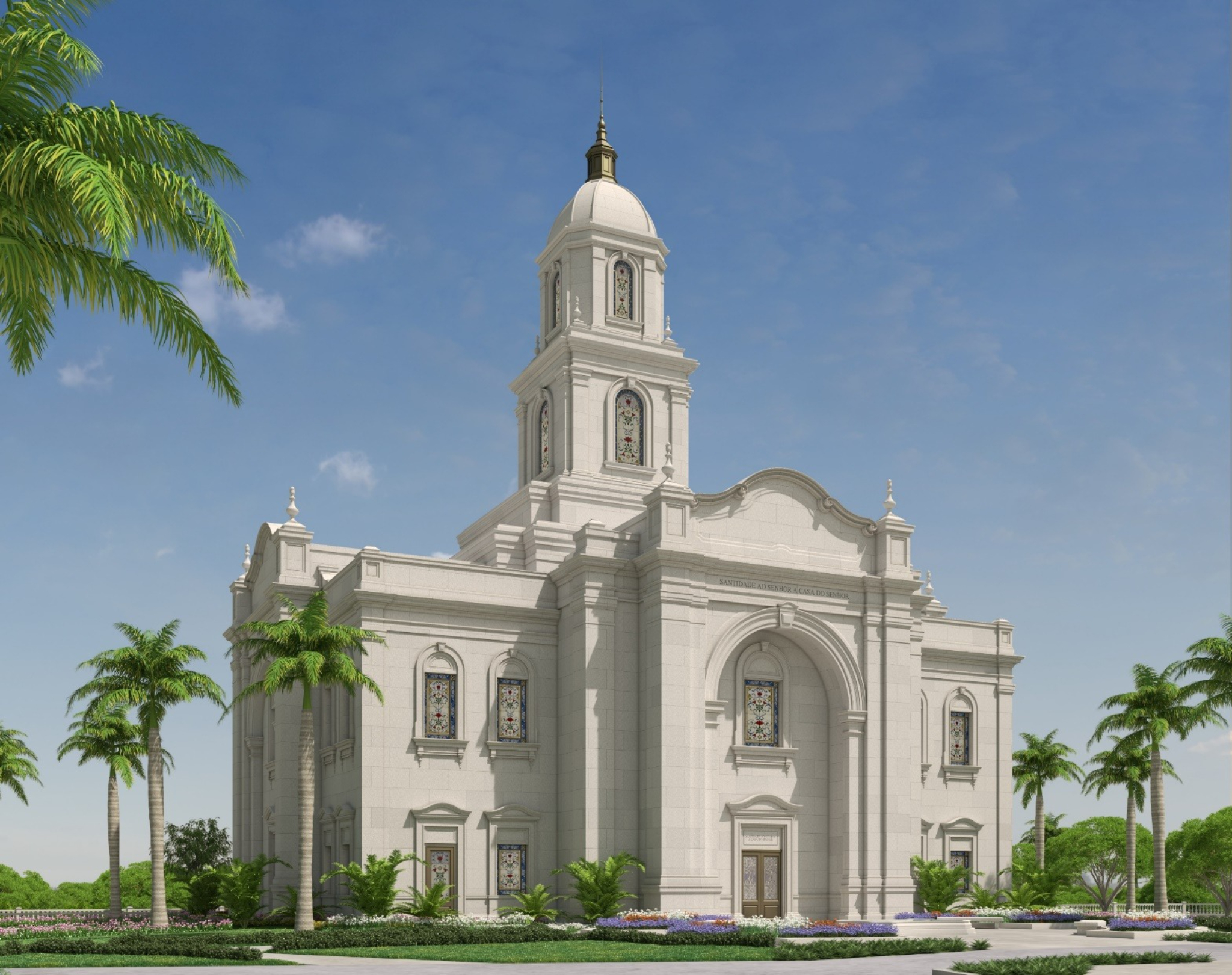 Brazil's 11th temple is a stunner.

The Church of Jesus Christ of Latter-day Saints has announced the groundbreaking date for the Salvador Brazil Temple. The groundbreaking will be held on the ambiguous date of August 2021. The Salvador Brazil temple was announced in October of 2018 by President Nelson. It is good to see progress on this temple considering a good number of temples announced well after this date have seen progress. General Authority Seventy, Adilson de Paula Parrella, who is serving as president of the Brazil area, will preside over the ceremony.

Salvador is the fourth largest city in Brazil. The name literally means Savior in both Portuguese and Spanish.  Temple will probably serve four stakes in Salvador, two stakes in nearby Camaçari, three stakes in Feira de Santana, and another five stakes and two districts in the periphery of the temple district. Salvador is home to two missions. Members in this city will no longer have to travel 11 hours to attend the temple in Recife.

The temple will be likely be the 11th in Brazil. Two more temples have been announced in Brazil in 2020, and 2021 and two more are under construction in Belém and Brasília. The temple in Rio de Janeiro has been finished for more than a year, but has not been able to be dedicated due to the COVID-19 pandemic. Brazil was on pace to catch up with Mexico in number of temples until two more temples were announced for Mexico in 2021.

The city features fantastic Portuguese colonial architecture, and this temple clearly reflects that. Before the 2010s, it appears the church had been hesitant to design a temple that could be confused as looking remotely Catholic. This temple joins the temples in Tijuana, Concepción, Barranquilla, Arequipa, Puebla, San Pedro Sula, Salta, McAllen, and Antofagasta for explicitly embracing Spanish/Portuguese colonial architecture. The floor plan appears to be closest to that of Arequipa and Concepción, although the temple lacks a statue of the Angel Moroni, which isn’t even news by now. Be on the watch out for this design to be in the running for the end of the year temple awards.

Although absent from the press release, Rick Satterfield at  churchofjesuschristtemples.org appears to have it on good authority that the temples will be built on the Av. Luís Viana Filho. The property for the temple has to be one of the best temple sites in the church. Next to a major highway in the city, the temple will be built on a hill that had been excavated for a commercial structure. Behind the temple site is a body of water or retention basin. The view of the temple on the hill next to this body of water will be a sight to behold.

The temple will be located within walking distance of the Barrio de Paz metro station. This will increase the accessibility of the temple for the residents of this city. However, one big drawback is the total lack of pedestrian infrastructure. There are skinny sidewalks and at times cow paths to get to the temple site. There are also several crossings at turn offs from the highway that have no crosswalks. Hopefully the church will work with local officials to offer better pedestrian access to the temple. Watch out for oncoming traffic if you are planning to walk to this temple! 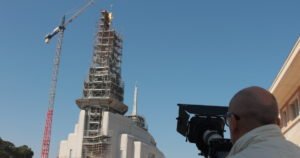 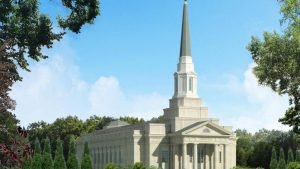